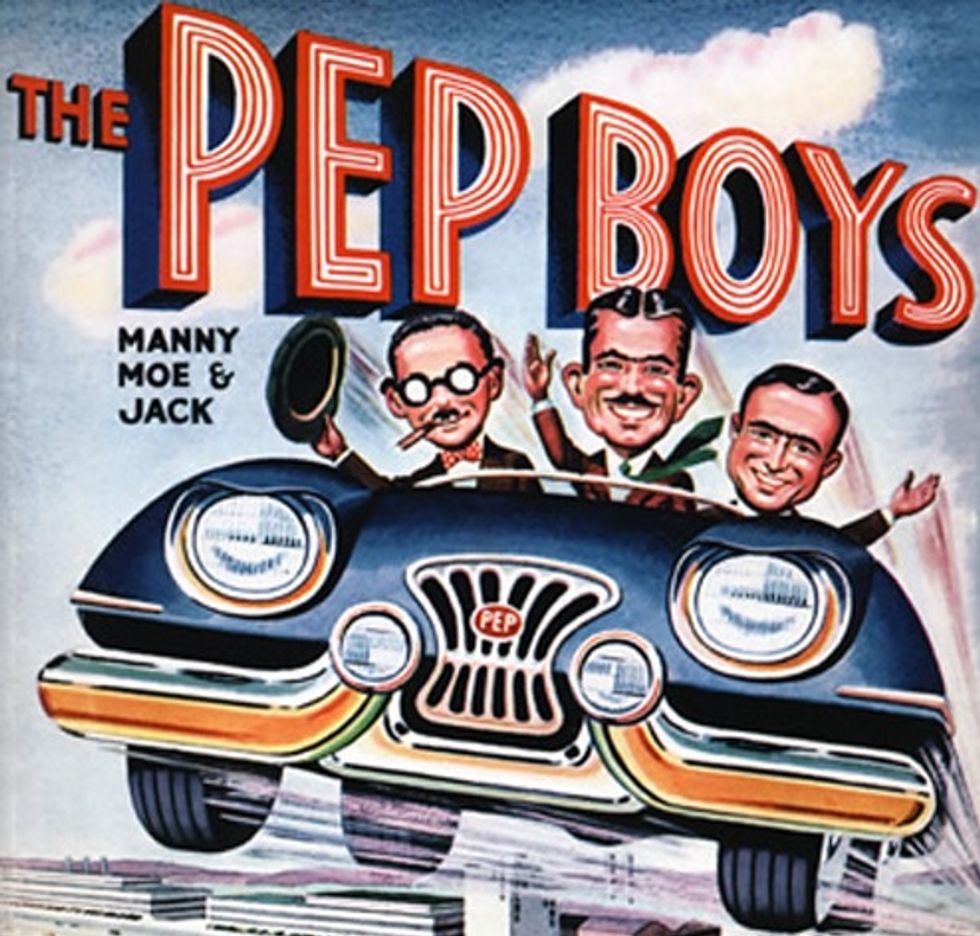 Pat Robertson just enjoys being Pat Robertson, and he doesn't care who knows it. And by golly, he sure does admire how people of the Hebrew persuasion are so darn good at making money -- it really is something to be admired, not a shameful stereotype. And so it makes perfect sense that he'd have awarm welcome for guest Daniel Lapin, a rightwing rabbi, who appeared on Monday's 700 Club to flog his new book about what Robertson called the “ancient Jewish wisdom” that helps your Jewy types to grab that cash with both hands and make a stash:

“What is it about Jewish people that make them prosper financially? You almost never find Jews tinkering with their cars on the weekends or mowing their lawns. That’s what Daniel Lapin says and there’s a very good reason for that, and it lies within the business secrets of the Bible.”

It's that special Bible magic that lets Jews spend their weekends, as Robertson exclaims later, "polishing diamonds, not fixing cars!"

And by golly, home viewer, maybe if you listen very carefully, you can learn a thing or two from this Jew fella! And send a generous contribution to keep this ministry on the air, of course.

Lapin is the right wing's favorite rabbi, whose specialty, according to a WaPo profile, is "finding support in the Torah for what turns out to be the current Republican platform: lower taxes, decreased regulation, pro-traditional family policies." And he's also a fan of money! Because God, you see, wants us to be rich, so that we can trickle down upon those below us:

“When you correctly said in Jewish neighborhoods you do not find Jews lying under their cars on Sunday afternoons, no, I pay one of the best mechanics around to take care of my BMW, I’d be crazy to take my time doing it myself,” Lapin said. “Or for me to mow my lawn, I’m the worse lawnmower in the world, but the young man who lives down the street from me, he’s one of the best and he’s happy to do it and I’m happy.”

He added that paying for such services is all about “taking care of God’s other children.”

He seems nice! And look, video!

Robertson's gleeful laughter as he says, "polishing diamonds, not fixing cars" is really quite the treat, is it not?

Lapin went on to explain that you should work until you die (so let's get rid of Social Security) and that fairness is a foreign concept to the Bible, too. And as it happens, God is quite happy with inequality, as reflected in the language of God's Own People (or at least his original Own People, before there were Republicans):

They didn't actually come right out and call for an end to our anti-Biblical child labor laws, but if you want to be a nation that honors God, you'll get rid of concepts that don't exist in ancient Hebrew -- which sort of makes us wonder why Rabbi Lapin has that BMW at all. More video? Sure, why not -- Right Wing Watch took the trouble to record it, so we'd be irresponsible to not share it, although you should be aware that there's no word in Hebrew for "video."

The best reply we've seen to the diamond-polishing nonsense comes from Jason Torchinsky at Jalopnik:

My valet shoved away some of the piles of money I use to shield my eyes from all the gold-reflections in my home and placed an iPad in front of me. On it was a clip of Pat Robertson talking about how Jews never tinker with cars, and how we're too busy polishing diamonds. Finally! Someone understands!

Of course, all this video-watching was really cutting into my diamond-polishing time, so I slapped my valet away and grabbed another sack of diamonds to polish. Later, as I shoved a Christian baby into the juicer to make my lunch-matzoh, I found my mind kept wandering back to Robertson's statement, so I decided to watch the whole thing...

It's worth a read. And we suppose that someone like Rabbi Daniel Lapin was pretty much inevitable, seeing as how the Right has its black people who can't stand black people and its ladies against women. So it only stands to reason that they'd find a Jew who just loves rolling around in anti-Semitic stereotypes and insists, hey, it's good that they're true.

We could say a lot more about this, but our Zionist paymasters tell us its time to go change the oil.

Follow Doktor Zoom on Twitter. He thinks "polish your diamonds" would make a pretty good euphemism for something else.