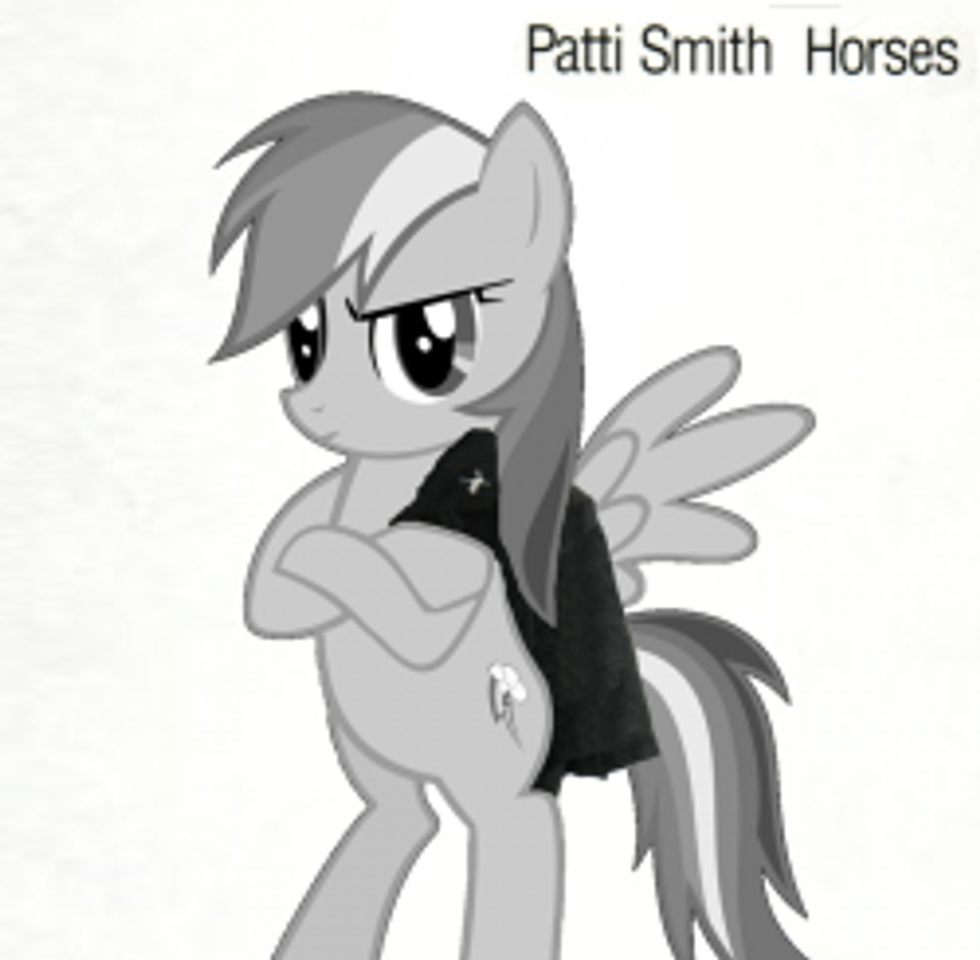 If you don't like nice time, you should skip over this post entirely because this might be the fucking nicest nice time of all. Nice because as you know we are digging the new pope hard (get over it!) and because this nice time also includes Patti Smith who is quite possibly the balling-est human alive. Ladies and Gentlemen of Wonket, we give youWhen Patti Met Francis:

US punk rocker Patti Smith shook hands with Pope Francis at a general audience in St Peter’s Square on Wednesday, saying afterwards she found the new pontiff “very interesting” and “liked him a lot”....

Smith, who is not a Catholic but followed the conclave in the news, said the pope had shown courage in naming himself after St Francis of Assisi.

The singer, who is in Rome for a series of concerts, said the saint represented humility, the renunciation of materialism and a love of nature.

YOU GUYS. Seriously, it is like someone designed a story just for our nice time needs. Patti Smith! Pope! St. Francis! Humility! Excuses to go listen to Horses again! Excuses to go read Just Kids again! Excuses to steal Dok Zoom's crack about how Patti didn't mind that New Pope mistook her for Gilda Radner (R.I.P.)! Excuses to use this awesome pony pic even though ponies are not really our thing!

Tell your boss you're sick, take the rest of the day off, and go home and watch Patti Smith sing "Gloria" on Saturday Night Live in 1976 and remind yourself you will never be this sexy, sacrilegious, and cool, but at least you can watch.