Paul Volcker Will Be President Of Cars 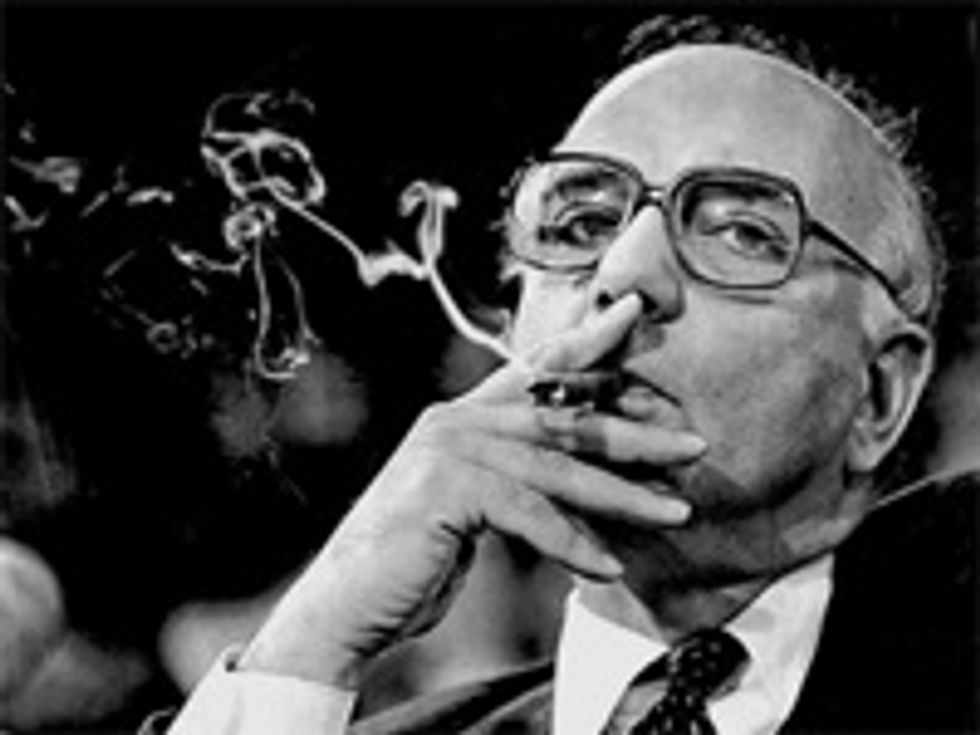 The cranberry menace Nancy Pelosi says a government appointee should oversee the bailout of Detroit. This person will be called the "car czar," in celebration of the Russian aristocrats who invented the American auto industry. And guess who will probably be our car czar, if Nancy Pelosi has anything to do with it? No, not Patrick Kennedy. (He will be the drug czar.)

Pelosi would like our first-ever car czar to be the reanimated woolly mammoth Paul Volcker. Volcker has been active in Democratic circles ever since Jesus, or thereabouts, and boasts a reputation for extraordinary tallness and knowing his way around a dollar. He is also like a million years old, older than John McCain even, but that doesn't matter because he will be able to clean up this little car-industry mess very quick-like, long before he dies.