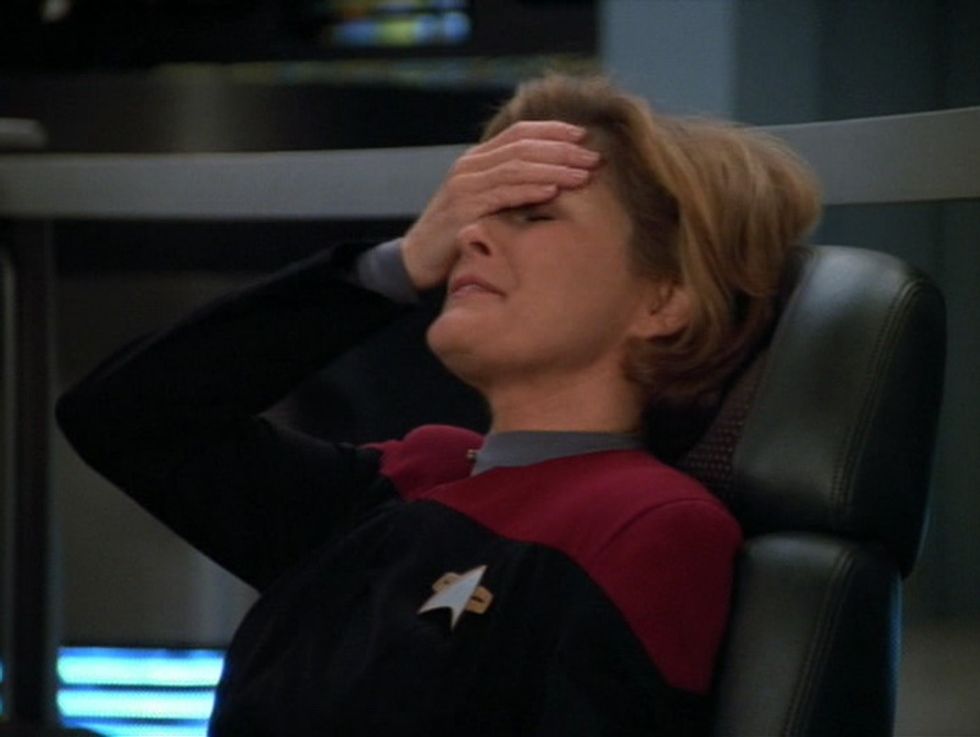 So let's say you're a Democrat who wants to demonstrate Donald Trump is a big honkin' sexist. What's your best strategy? How about quoting Trump accurately? That's really all you need to do! One thing you probably would not want to do, especially if you are a Democrat of the guy variety, would be to quote some insulting thing Trump said about women, and then follow it up with ... but why explain it when we can watch it in action? Take it away, former Pennsylvania Governor Ed Rendell, in this Washington Post story on Trump's unexpected success with some voters you'd expect to go for Democrats:

some Democrats remain bullish that the hill is too steep for Trump to climb.

“Will he have some appeal to working-class Dems in Levittown or Bristol? Sure,” said Ed Rendell, the former Pennsylvania governor and Philadelphia mayor, who won landslides in the suburbs. “For every one he’ll lose 1½ , two Republican women. Trump’s comments like ‘You can’t be a 10 if you’re flat-chested,’ that’ll come back to haunt him. There are probably more ugly women in America than attractive women. People take that stuff personally.”

Um. Why yes, we suppose people do. Can't imagine why.

Asked for comment, Hillary Clinton, the lucky recipient of Mr. Rendell's endorsement in January, reportedly uttered only a low growl and booked a flight to Philly, carrying a pipe wrench.