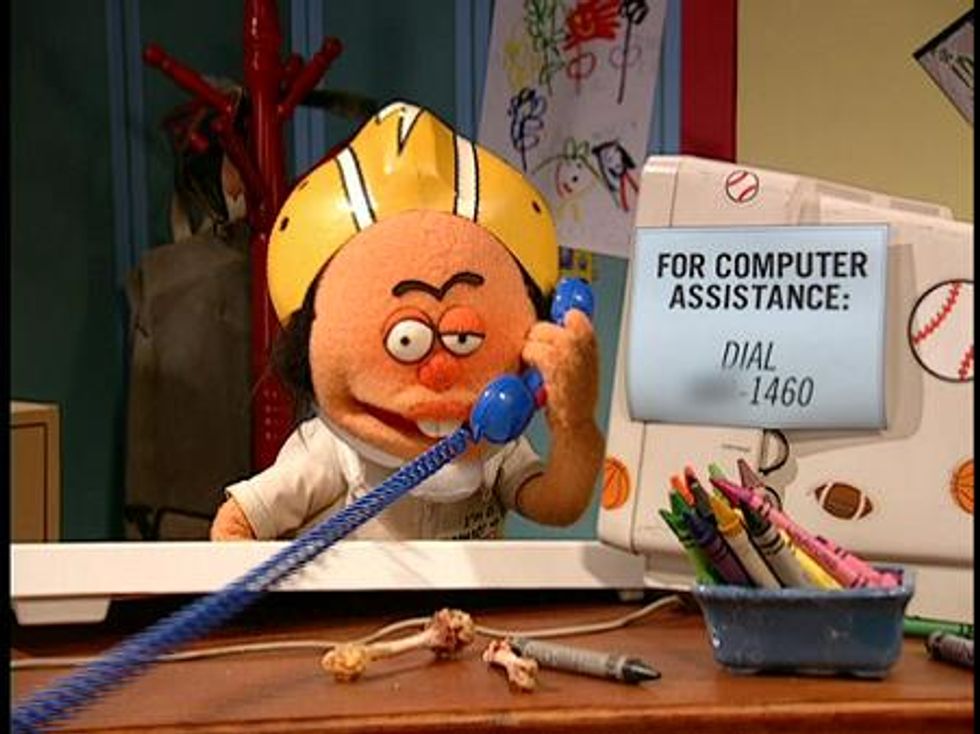 We do not know much about what a school board president or member in Pennsylvania does, but there are two things we can say for sure you should not do if you hold one of those positions. One, don’t be a screeching gun nut who proudly uses pictures of Nancy Pelosi for target practice. And two, if you have a channel full of YouTube videos you created of yourself making (or pretending to make) racist prank phone calls, take them down before your school district finds out about them.

If you think that last one is common sense, you are not Fairfield Area School Board President Brad Rigler. (And if you are Brad Rigler, punch yourself in the dick. Repeatedly.) Now, granted, Rigler stopped making these videos (or at least posting them) two years before he was elected to the school board, in 2013. Still, perhaps it would have been smart to take them down back then, instead of waiting for someone in the community to stumble across your YouTube channel?

How hilarious were these videos anyway? Well, here’s one in which Rigler pretends to be a black woman named Bonita who is cold-calling white people to explain to them how much reparations money the government has determined they must pay to African-Americans to apologize for slavery. Hilarious!

Someone bring back "Crank Yankers" and put this guy in charge of it, please.

When the news first broke, Rigler said he would resign, but then changed his mind. Needless to say, Fairfield District parents are up in arms, collecting over 600 signatures on a petition calling for him to step down immediately. The petition was presented at an apparently raucous school board meeting this past Monday.

Remarkably, Rigler has actual defenders on the school board. One of them, Bruce Carr, called the crowd a mob and a “pool of sharks” who had fallen victim to a smear campaign against Rigler. Because surely there is some justification for a grown man obsessed with becoming the third member of the Jerky Boys. Since the board for some reason cannot just remove one of its own members, its eight members voted on a motion to ask Rigler to step down. The motion failed, 5 to 3.

For his part, Rigler pulled the old “I’m sorry if anyone was offended” routine with his apology, adding that he doesn’t make those videos anymore, but he could, because some of them were successful enough to draw more than 70,000 views. And now the world has been deprived of his talent, so sad.

I am not ashamed of those videos because they were all made to express political points. There’s nothing illegal about having bad taste.

Nothing illegal, no. Classless, shameless, childish, infantile and a whole bunch of other words we’re too lazy to look up in a thesaurus right now, yes.

But at least he didn't go full-ape and -n-word. That was a different Pennsylvania school administrator. Pennsylvania, making a name for itself. An unbelievably stupid name.