Peter King 'Reveals' Foreign Terrorists Are Trying To Assassinate Him 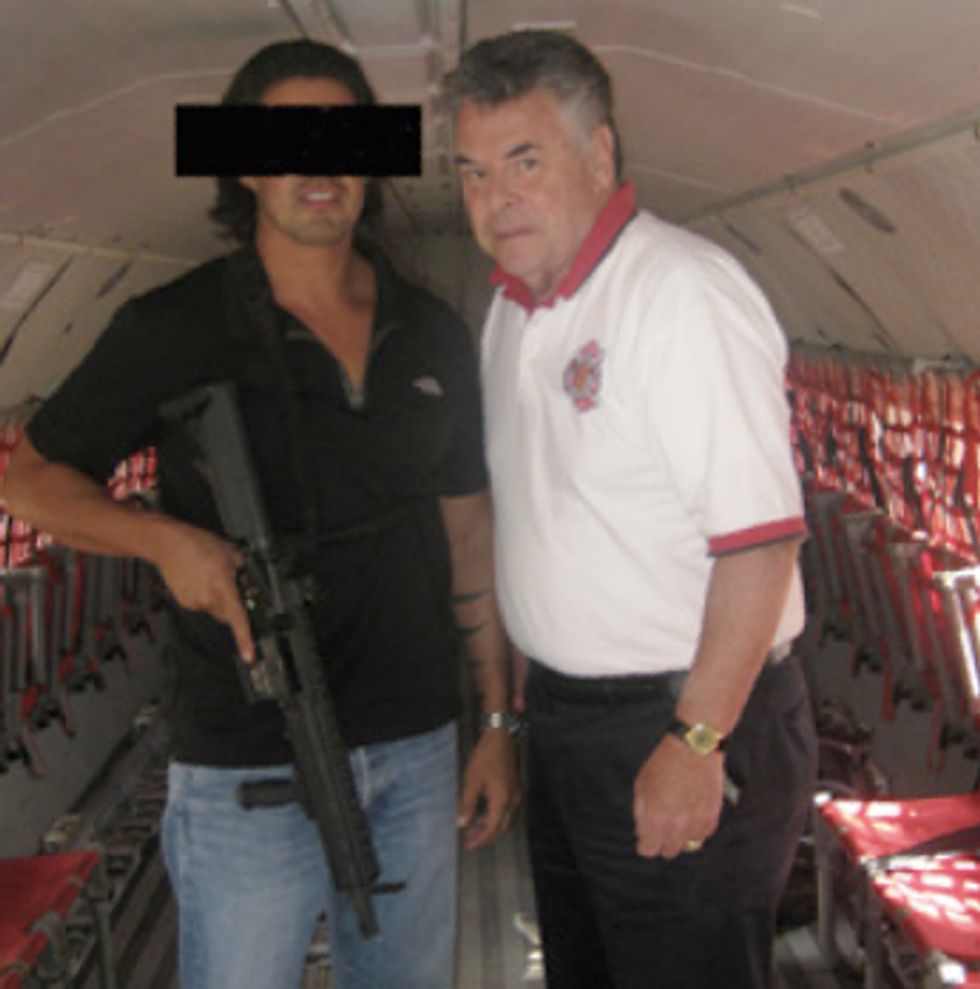 Rep. Peter King (R-Xenophobia) is finally starting up his very special hearings today, in which he calls before his committee a bunch of Muslims so King,an IRA terrorist, can be filmed telling them their religion is pure murder. But that's not all! To sweeten the spectacle, King "revealed" to Politico that he has been under "police protection" for months "because of an overseas threat against him." And Politico is like, "Cool! We'll print that word for word! Want us to stick any other obvious lies in there?" And Peter King was like, "Yes. Write that the Muslims have increased my penis size a full four inches and now people pay attention to me."

The New York Republican has since December had around-the-clock security provided by the New York Police Department and Nassau County police, he confirmed to POLITICO Thursday morning.

Confirmed! Good you have this showboating bigot as a source. Very reliable.

The police, he said, “do the threat analysis, they decide what type of coverage they believe is necessary,” and, since mid-to-late November, the threat against him has grown. “They’re the ones who picked up the threats, who have analyzed them, and it’s in their hands, so I’m satisfied.”

We need to get one of these fun create-your-own reality kits Potato Fuzz King has.

At King’s request, Capitol Police will be on hand at Thursday’s hearing, with officers stationed in and around the hearing room and in his office.

Good! Because knowing Muslims, they will probably do like five terrorisms, right then and there. They just can't help themselves. Good thing we have bigot buddy team Peter King and Politico to help the cops protect us. [Politico]