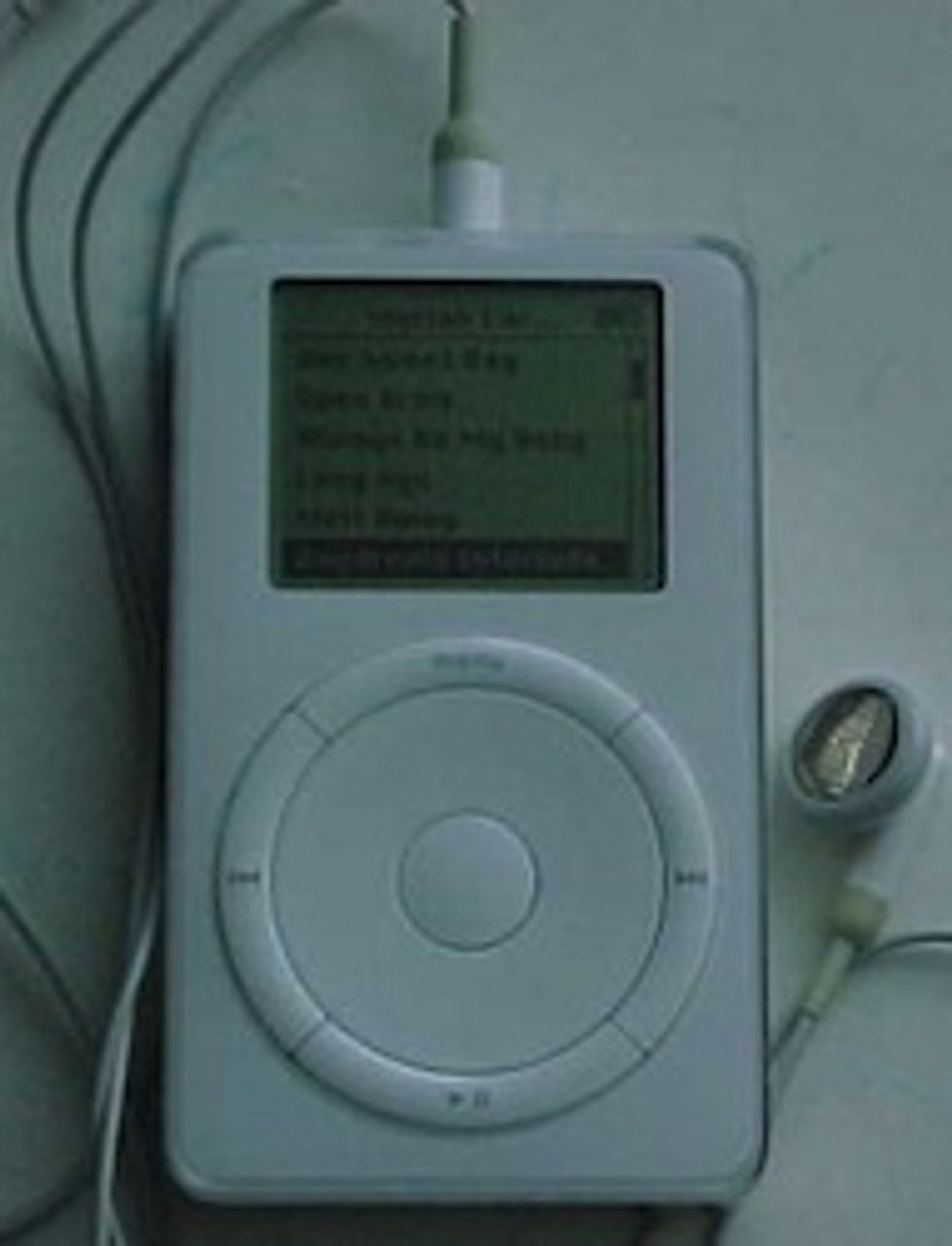 War schlub David Petraeus did one of his "report cards to the Senate" things today, and he's got good news! Despite never accomplishing* a single thing in 10 years of bloody, pointless, horrific boondoggle Central Asian warfare, "It is only recently that we have gotten the inputs right in Afghanistan." Oh, now we get it! Afghanistan is like an old person trying to plug in an iPad. No, wait, the iPad wasn't yet invented when we invaded Afghanistan. The iPhone? Nope. The Microsoft Zune? Ha ha, the Zune's entire life has come and gone during just the second half (so far) of the Afghanistan occupation. Well how about an old-school iPod, with Grampa (who was much younger then!) just cold confused over that weird Apple firewire plug? No, sorry. The invasion of Afghanistan began on October 7, 2001 -- the first clunky iPod went on sale several weeks later, on October 23.

The Los Angeles Times reports on this vulgar clown show:

[Petraeus] added, "There is no question that government capacity is an area of, in a sense, strategic risk." He acknowledged that the Afghan government was unable to take over the civilian aid projects that are being undertaken by the U.S. and the international community .... Petraeus did not respond to Burgess' argument that the tactical military gains have not undermined the Taliban as a fighting force.

McCain also asked the general about a new Washington Post-ABC News poll showing that nearly two-thirds of respondents now say the war in Afghanistan is no longer worth fighting, the highest proportion yet lacking confidence in the effort.

"I can understand the frustration," Petraeus said. "We have been at this for 10 years. We have spent an enormous amount of money, we have sustained very tough losses and difficult, life changing wounds. ... But I think it is important to remember why we are there. That is where 9/11 began, that's where the plan was made."

Oh right, 9/11 ... thanks for the reminder, David. When was 9/11, anyway? It was a time before iPods, that much has been established. It was also a time long before Facebook or Twitter or Gawker or MySpace or Friendster. Buffy the Vampire Slayer had just left the "broadcast network" called "the WB" for another forgotten broadcast network called "UPN." Today's college freshmen were little children still leaving teeth under their pillow (so Osama bin Laden could leave them a Koran or a first-gen iPod).

Anyway, progress is being made, even though Petraeus says whatever make-believe gains are "fragile and reversible." Also, despite constantly killing "the Taliban" (poor Afgan guys who've watched their country be bombed by the United States for an entire decade), "the Taliban" continue to fight! How does that work? Islamic magic, probably. ("Sharia.") [Los Angeles Times]

* There has been an accomplishment, of sorts: Several invasions and many horrific torture revelations and "Camp X-Ray" and military tribunals and an entire decade of constant bombing of poor Muslims in Afghanistan, Pakistan, Iraq, Yemen, Somalia and probably a lot of other countries has created an entire generation of hundreds of millions of people, perhaps even billions, who hate America and will always hate America, because America is evil. And the most angry and desperate of these people will keep trying and occasionally succeed at bombing and otherwise murdering Americans in whatever possible way for rest of our lives.