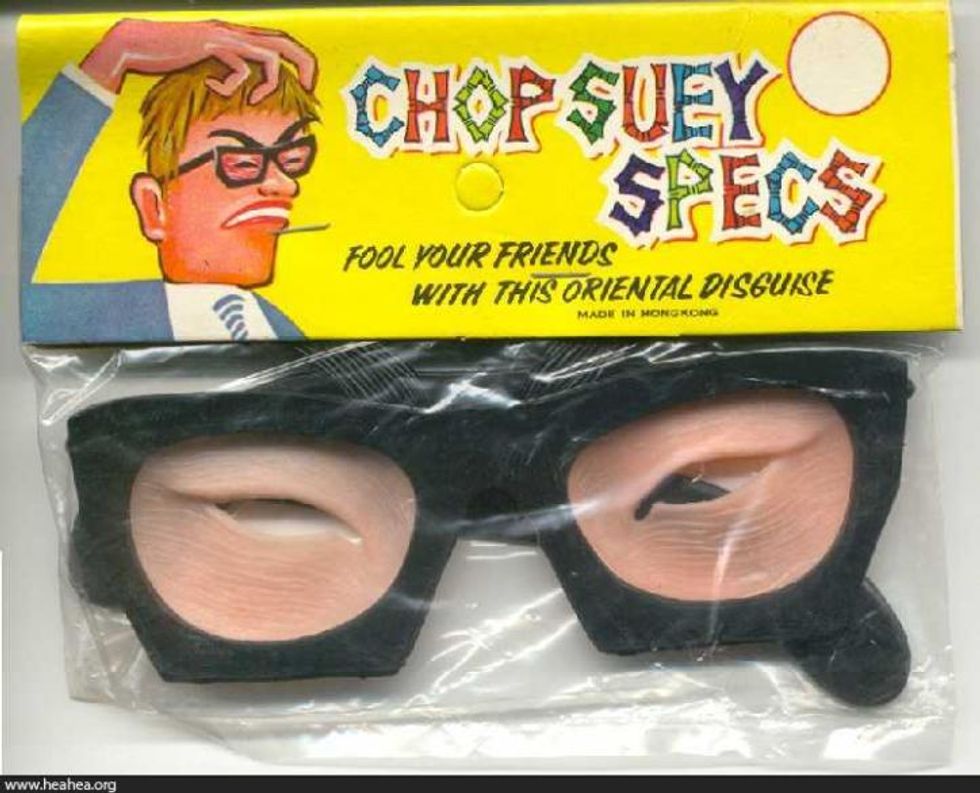 A Philadelphia newspaper is eating General Tso's Crow after it let some idiot's racist photo caption joke go to press. Free weekly paperThe Philadelphia Public Recordran the above photo with what would otherwise have been a seriously nothing story about a fundraiser for City Councilman Mark Squilla, hosted by an Asian-American group. The caption was obviously tossed into the paper by someone who didn't notice it included some factual errors: In addition to the amusingly racist fake names "Me Too," "Chinky Winky," and "Dinky Doo," even the real attendees' names don't match up with the order of people in the photo, whichever direction you go. And then there's that "fro" instead of "for," which we'd normally be willing to overlook, but this seems like an obviously racist slur against natural African-American hairstyles.

And just to prove that the Philadelphia Public Record is a paper that gives a heck of a darn about accuracy 'n' shit, editor Jimmy Tayoun Sr., when called on the caption by Philadelphia Magazine, initially had this compelling explanation, which we feel obliged to repeat verbatim:

"It was a proofreading error," Tayoun told Philadelphia magazine on Friday afternoon. According to Tayoun, the editor who used those names did so because he didn't have the actual names. When we pointed out to Tayoun that there were actually more names than there were people, he reiterated, "It was a proofreading error." And when we asked why the editor didn't use a generic placeholder instead of an ethnic slur, he insisted that there's no prejudice or bigotry involved here.

"That editor is a Britisher," Tayoun explained, puzzlingly. "He didn't mean anything by it. The Public Record is the most inclusive publication in Philadelphia."

God knows the Britishers can't be racist! Just ask the first wog or Paki you meet.

In any case, the paper has now apologized for the "accidental" publication of a bunch of racist shit:

In our Aug. 21, 2014 issue an offensive slur was accidentally published in the Philadelphia Public Record. This shocking lapse of professional conduct occurred contrary to our editorial directives and in no way reflects the views of our staff or our organization.

An internal investigation is underway to uncover the source of this intolerable abuse and to prevent it from ever happening again. We apologize whole-heartedly to the Asian American community and to all Philadelphians of this vibrant, diverse city who work together to make it the best place in America to live and to grow.

The paper later apologized for an early published version of the apology, which accidentally included the line, "P.S.: Fuck the Jews."