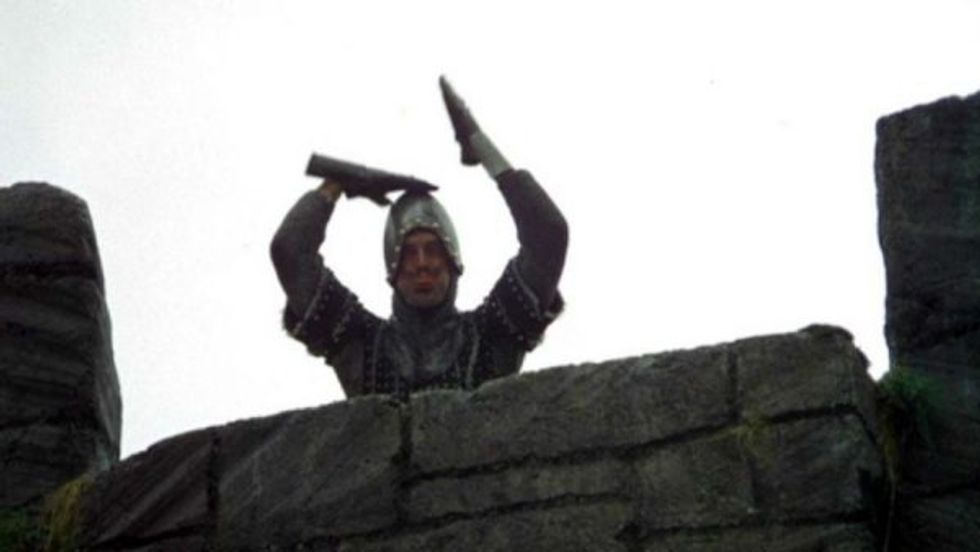 See, now you know where the South China Sea is

So, what are the Foreigns up to this morning, aside from getting exercise outside by catching all the Pokémons? Oh, just defying international court decisions like a common George W. Bush, OK, fine, wait, what?

Turns out that earlier today (in weird, foreign time-travel today), the Permanent Court of Arbitration (PCA) at The Hague ruled that China's claims to islands in the South China Sea are some bullshit, and that in fact some of the Spratly Islands within 200 miles of the coast of the Philippines are, in fact, Philippine territory.

This is a Big Fucking Deal, as Old Handsome Joe Biden would say, because China believes that 90 percent of the South China Sea (the part north of the red dotty line above) should be its exclusive economic territory, with all the fishing and oil-drilling rights thereunto appertaining. China has been turning sand bars and coral reefs into full-sized military bases complete with airfields and missile batteries to back up this assertion, including some of the islands the tribunal says rightly belong to the Republic of the Philippines.

The Philippines sued in the World Court over this, like a bunch of UN blue beret globalists, and now here we are. The tribunal said the generally accepted norms apply. Countries can control exclusive economic zones within 200 miles of their coastlines (the blue dotty lines), and can completely control waters within 12 miles of shore. But dumping sand on a coral reef does not turn it into sovereign territory, especially when it's located 500 miles from your mainland.

Not surprisingly, the People's Republic of China does not care for the PCA's legal theory, which is based on the United Nations Convention on the Law of the Sea (UNCLOS), a UN treaty that took effect in 1994. China bases its claims on history, which is a bit like the U.S. claiming exclusive fishing and oil rights off the coast of Mexico because we whupped their army in 1846.

Chinese President Xi Jinping immediately issued a statement rejecting the ruling's validity, saying that basically Justice Marshall may enforce his ruling if he can. Also, the pope and what army?

So what does this all mean, on a scale of Kardashian divorce to Dallas police sniper? That's hard to predict, although it's safe to say China and the Philippines won't immediately start shooting over it, no matter how tough the new Philippine president is. China has a large, modern navy to go along with its fortified islands, and the Philippines has little more than a coast guard.

The U.S. Navy, which compares roughly to the Chinese People's Liberation Army Navy as the PLAN compares to its neighbors's combined fleets, has been conducting "freedom of the seas" drive-bys within 12 miles of China's artificial islands, to drive home the U.S. contention that these are international waters that China may not control. The American interest in all this is the fact that $5 trillion worth of seaborne trade passes through the South China Sea, trade essential to the U.S. economy no matter what Donald Trump and Bernie Sanders think.

The Obama administration has been working to create naval cooperation in Southeast Asia, tying together Vietnam, Malaysia, the Philippines and Japan as those most affected by China's bullying, and also enlisting Australia, Indonesia and other affected parties. This is likely to further irritate China in the same way that NATO expansion causes Vladimir Putin to rattle sabers and secretly invade his neighbors.

So expect lots of diplomatic posturing, proposed sanctions, dick-waving, etc. And hope that nobody elects A Idiot to run American foreign policy.