pt Somehow none of the pictures are sideways. seattle wonkette drinky thing and meetup

Photographic Evidence of Your Seattle Meetup & Drinky Thing That Happened! 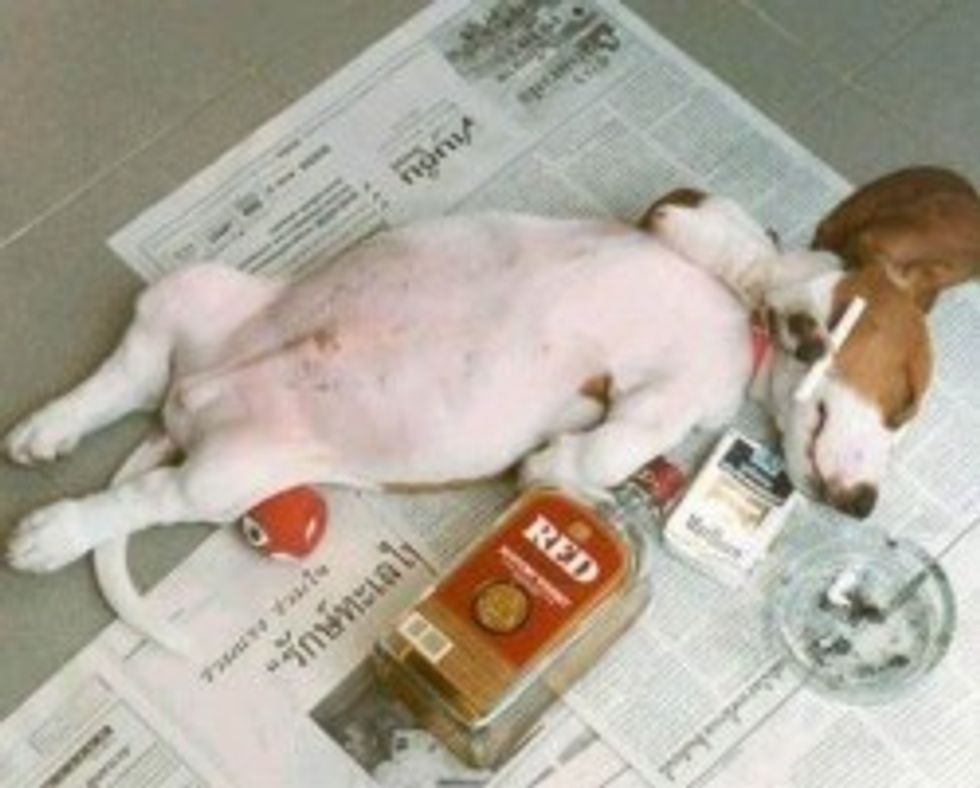 Wonketteers from the nation's upper-left quadrant converged on the final night of June, for an evening of drinkery, raillery, and possibly manifesto-writery at Seattle's Latona Pub, which theSeattle Weekly informs us "is not another hipster bar, thank you very much." We would not know one way or another, since Your Wonkette Correspondent got no more than a couple hundred miles from Boise before mechanical diffulties put the kibosh on his plans to attend the reader-organized festivities, more about which later. But did Stephen King need to have been alive during the Crimean War to write The Thin Red Badge of Mother Courage, now acclaimed as one of the most realistic blog posts about that conflict? Of course not! So here are photographs and a video of the excitement! Thanks to longtime readers Weejee for the pix and BoatOfVelociraptors for the vid!

The hootenanny commenced not far from the semi-famous Bettie Page mural, which was painted in 2006 as a birthday gift for the homeowner. Yay ART! Boo eaves!

And here are three photographs of the party itself; we do not have the names for most of these people, but perhaps they would like to identify themselves in the comments? We do know, from post-meetup comments, that the event was attended by these members of the Wonkette commentariat: Nostrildamus, WeeJee, BoatOfVelociraptors, Owls, Emmellemm, BigSkullFuckingDog, JonWhoDoesntComment, Isyaignert, savethispatient, and quite possibly others! The only person who actually identified himself in the last post on this meetup was a_pink_poodle, who says he is "the Asian looking guy in the cream colored light jacket and yellow shirt with the two headed eagle of the Holy Roman Empire on it" (WE SEE HIM!)

And finally, video of some sort of door-prizes thing, which was originally posted upside down but thanks to modern technology no longer simulates the view of an over-indulging Wonker:

Also! A tale of automotive woe: En route to the Drinky Thing, Your Correspondent's beloved 1973 Chevrolet, Vlad the Impala, burned out its differential just outside of Baker Freakin' City Oregon, where it now awaits repair. After a night at a fine local motel, watching a great deal of cable TV, including the inexplicable Robert Altman Popeye movie (No really, why does this thing exist?) and an HBO documentary about the downfall of Rev. Ted Haggard, Your Correspondent was rescued by his ex, who is one hell of a nice human being.

Tl;dr: like Rev. Haggard, Your Correspondent spent a weekend burning out his rear end, and will be paying the price for a long time. Also, the Union wins the war, not like you could tell these days.