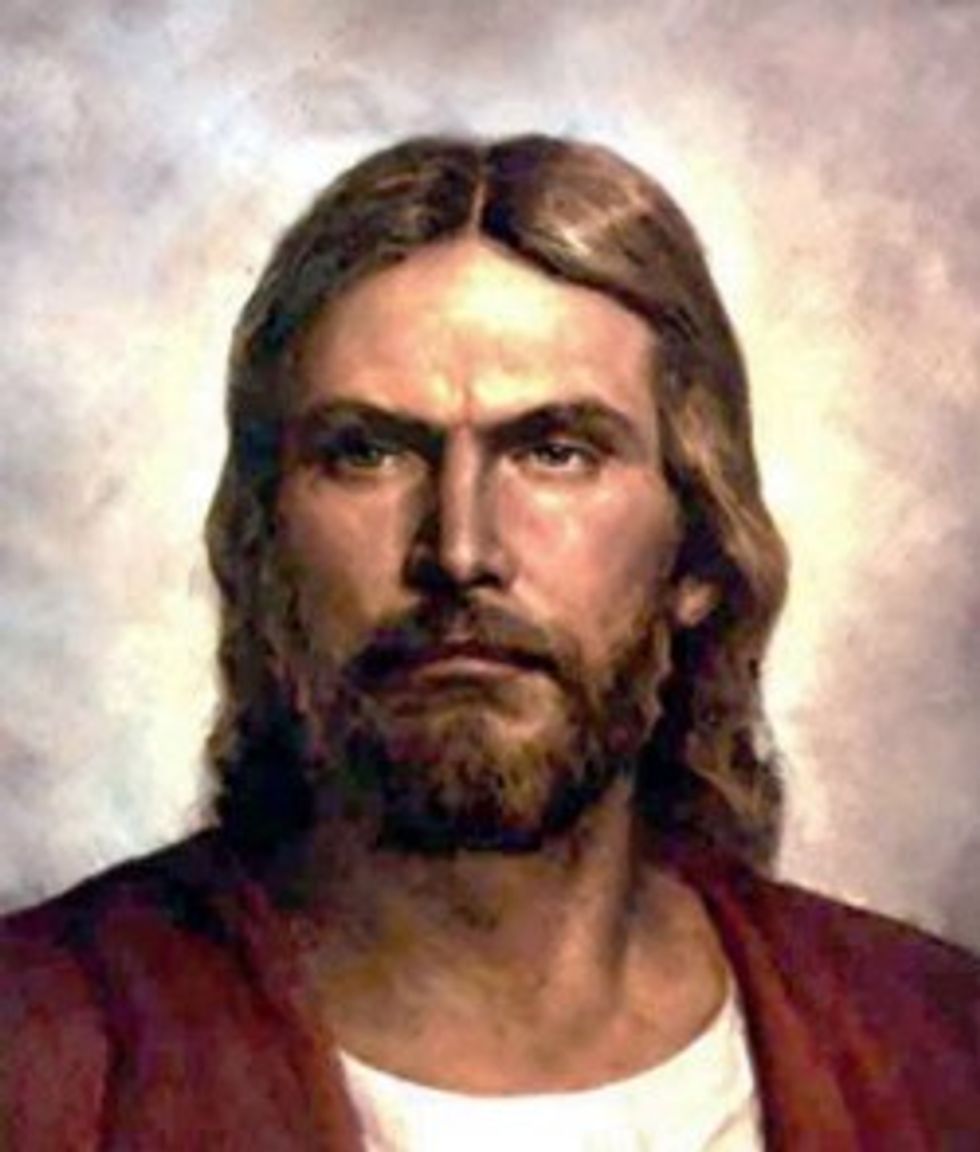 Perfidious cockbucket Todd Akin received enthusiastic support Tuesday from noted insane persons Phyllis Schlafly and Bryan Fischer. Remarkably, this is not expected to hurt his chances for election to the US Senate.

Reaching previously unplumbed depths of either cluelessness or chicanery -- even for her -- Ms. Schlafly carefully explained that Akin was not in favor of rape, a position that literally no one on the planet has claimed he was taking:

“He’s not for rape. That’s ridiculous,” said Schlafly, founder of the Eagle Forum. “They’re making a big thing about an unfortunate remark.”

Schlafly also believes that there is no such thing as marital rape, and that feminists simply made up the concept to hurt men in divorce and child custody cases, a position which is shared by alleged human being Todd Akin.

The addled old filthweasel also received full-throated support from the American Patriarchy Association's Bryan Fischer, who simply cannot find too many superlatives for the Missouri Congressman. Needless to say, Fischer is quite certain that Akin accurately described how ladyparts actually prevent pregnancy during rape. It should be noted that this is a highly innovative and perhaps wholly fanciful understanding of the workings of ladygardens; indeed, so-called "real medical doctors" dismiss it using terms like "nonsense," "absurd," and “There are no words for this -- it is just nuts,” so it seems responsible to say that maybe the jury is still out.

In the blinding light of Mr. Akin's mastery of scientific truth, Fischer also patiently explained, with the help of American Patriarchy Association president Tim Wildmon, that criticism of Akin is indistinguishable from the treatment that the Pharisees gave another person who had innovative ideas on pregnancy, Our Lord Jesus Christ:

“You know the Gospel writers say that they kept looking for some way to trap Jesus in something that he might say, just one single word they could jump on to try to discredit him and that’s what they did with Todd Akin and his comments about rape,” Fischer said.

Finally, Fischer reminded us to remember the real victim in all this: The pathologically story-changing, ignorant-of-basic-biology, heroically despicable assclown Todd Akin:

Fischer lamented that “everybody is gang tackling Todd Akin.” “You talk about a forcible situation, you talk about somebody being a victim of forcible assault, that would be Todd Akin,” Fischer maintained.

All Mr. Fischer asks is that GOP officials behave themselves, and stop raping Todd Akin. Mr. Akin pledges, if elected, to support research on how babby is formed, and whether pregnancy can be affected by the motions of the planets, evil spirits, or imbalances in the bodily humours.