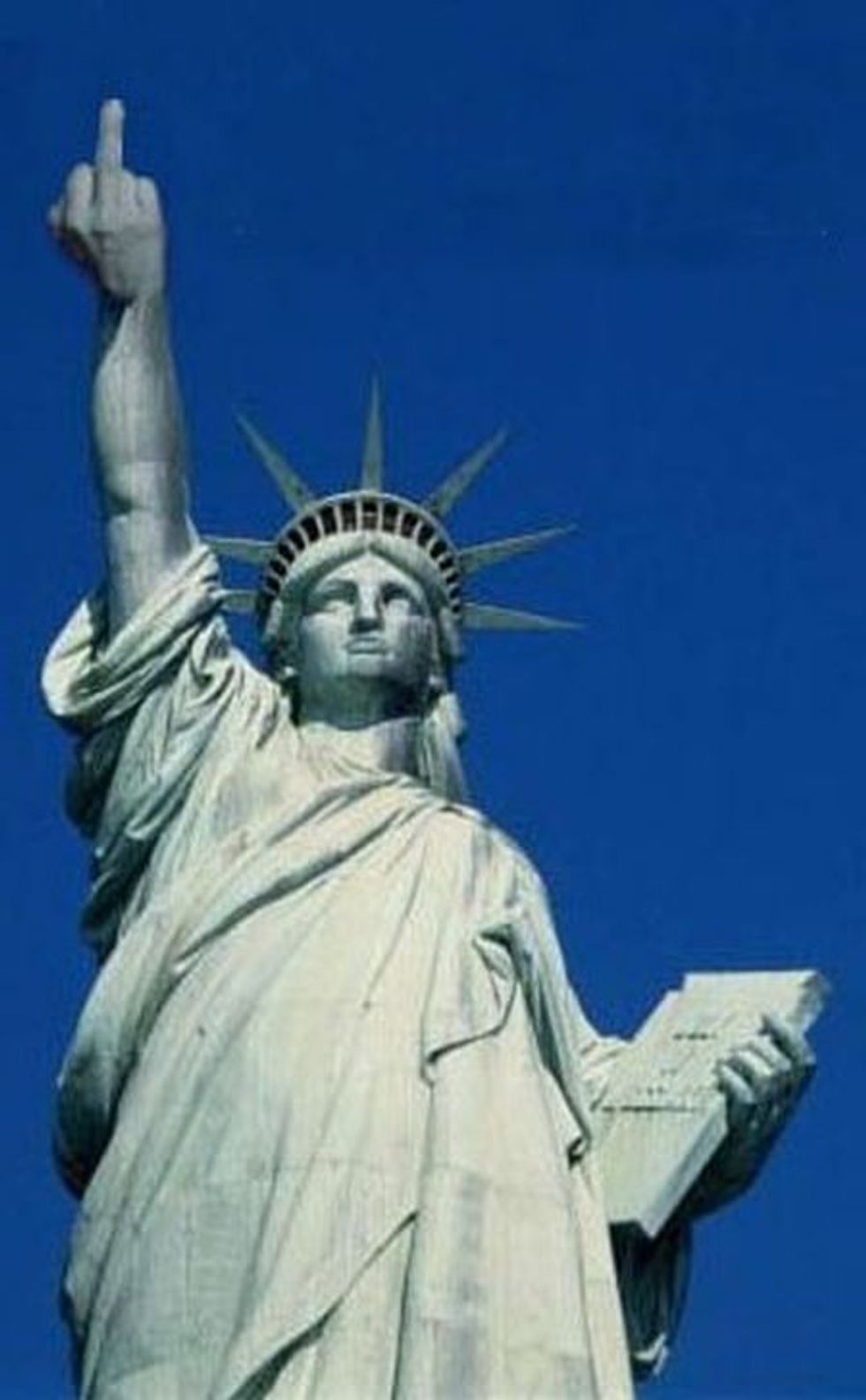 Yes, the Louisiana floods are tragic, with loss of life, destruction of property, and massive disruptions to people's everyday lives. But in the middle of all the chaos, it's good to know you can count on communities to come together, neighbors helping neighbors, along with a massive response from the federal and state governments and private charity. And as inundated communities struggle for a sense of normalcy, they can also count on Phyllis Schlafly to be an absolute asshole about it. In this case, she's angry that Barack Obama is trying to turn America into a third-world nation by forcing FEMA to distribute emergency information in languages other than English. The horror!

In a column published Tuesday, the Eagle Forum leader -- still in power despite the family coup -- fretted the federal flood response reflected Barack Obama's evil determination to "transform America by undermining our common culture and language."

On August 16, five federal agencies issued an incredible 16-page, single-spaced “Guidance” warning relief agencies not to discriminate in the use of disaster funds. Agencies receiving funds must “post a statement of nondiscrimination” on all public notices and “should also identify a point of contact for the public to submit complaints of discrimination.”

The Guidance refers to “unlawful discrimination on the basis of race, color, or national origin” which is prohibited by the 1964 Civil Rights Act, but it doesn’t stop there. It also tries to ban discrimination on account of “limited English proficiency,” which Congress has never prohibited.

The sneaky part is the way the federal Guidance includes the phrase “limited English proficiency,” as if the language you speak is part of your “national origin.” In fact, people from every country can and do learn English, and there is no good reason for our government to conduct official business in any other language.

Crom wept. Even as the people of Louisiana are coping with lost belongings and lives, and the occasional grandstanding Republican lout, this horrible Barack Obama is pushing the de-Americanization of America by forcing the government to help people with limited English proficiency, allowing them to be lazy takers in a time of crisis:

The Guidance goes on at great length to require agencies to serve “LEP persons” and “LEP populations” in their own languages. Agencies are told to “provide translated materials,” “translation services,” and even “monolingual communication in the LEP person’s language.”

The idea that federal grant recipients must provide services to “LEP persons” in their native languages other than English originated exactly 16 years ago when Bill Clinton issued Executive Order 13166 in the waning days of his administration.

Oh. So it's something we've been doing for decades, but definitely Barack Obama's fault. We don't recall any such bitching by Schlafly following Hurricane Katrina, although for all we know she may have feared George W. Bush was also an agent of political correctness. Schalfly notes that Congress "had a chance to stop this nonsense last month when Rep. Steve King (R-IA) introduced an amendment to prohibit funds from being used to enforce EO 13166," but the brilliant plan to demand English Only in emergency responses fell short just a little bit when 50 Republicans voted against it along with all the House's Democrats. America, stabbed in the back again! She warns,

Don’t assume that the Obama administration is merely responding to a genuine need for services by recent immigrants who have not yet learned English. In the name of multiculturalism, the administration is actively discouraging the transition to English by immigrants and their children, and promoting other languages instead.

Glob knows our first goal in the middle of a flood is to encourage cultural assimilation. That nonsense about distributing aid and helping people rebuild can wait. To her credit, at least Schlafly didn't call for the immediate deportation of any flood victims whose English wasn't up to snuff. Schlafly then went on to gripe about the provision of other government services in any language other than English, and fails to go into the details of what she thinks emergency responders ought to do when helping victims of a flood -- almost as if she didn't really want to go into the absurdity of telling people "Sorry, can't help you with your flooded house. Go learn English and come back. Now git!"

It's not at all surprising Schlafly's first thought after a disaster is that dirty (even muddy!) immigrants are the real flood we need to worry about. This is, after all, the woman who bitched that the Statue of Liberty has come to be wrongly associated with immigration (she hates that Emma Lazarus poem, an afterthought added by socialists!), and even selectively quoting speeches by Ronald Reagan and FDR to leave out the many references both presidents made to the statue as an icon of immigrant dreams.