Phyllis Schlafly Warns Citadel Cadets: Some Feminists Will Trick You By Not Being Ugly 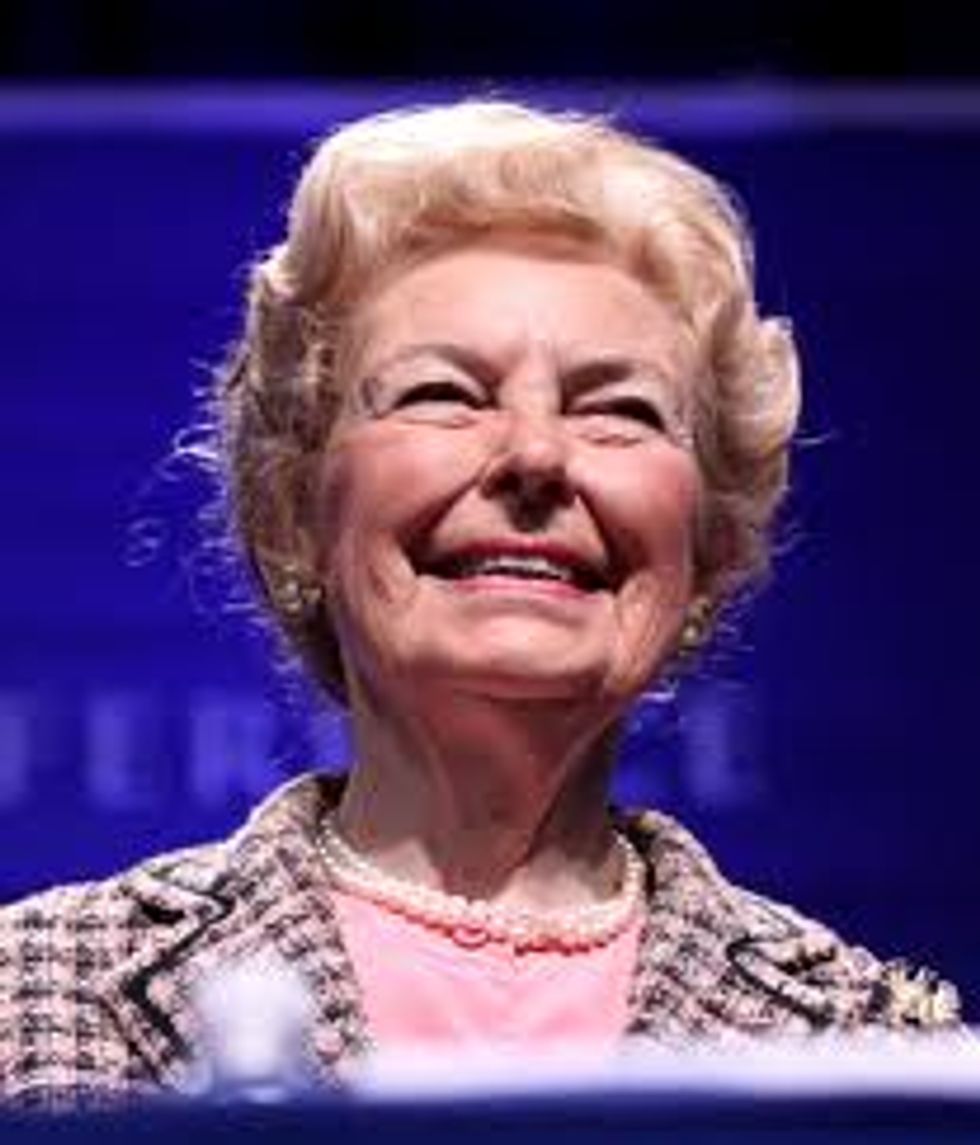 So, the Citadel, the military college in South Carolina? Has a class on "Conservative Intellectual Tradition in America"? (We have not gotten to the joke yet, you guys.) And the professor brings in such luminous worthies/worthy luminaries as ... Donald Rumsfeld and Ed Meese? (We still haven't gotten to the funny part!) Well,this week's was Phyllis Schlafly, the happy warrior chiefly known for defeating the Equal Rights Amendment and hating gays except her gay son, and she had plenty of good sensible (and extremely timely) warnings for our future military leaders, like: “Feminists are having a hard time being elected because they essentially are unlikable," and “Find out if your girlfriend is a feminist before you get too far into it,” she said. “Some of them are pretty. They don’t all look like Bella Abzug.” Haw haw haw, said the cadets, or they would have if they had any idea who Abzug was, since she died in 1998 when they four years old. (She was awesome, cadets! But she was ugly so you probably wouldn't want to fuck her, so she should have probably shut her hole.)

There was more, of course, indicating the nuance typical of the Conservative Intellectual Tradition in America:

Schlafly talked to a group of Citadel students about the culture of conservatism and the history of the religious right. She told the all-male group that “feminist is a bad word and everything they stand for is bad.”

Eh, we'd give the old lady a break, but she is ugly so we don't want to fuck her. [PostandCourier]