Please Don't DIY Your Own EpiPen! Your Snake Oil Bulletin 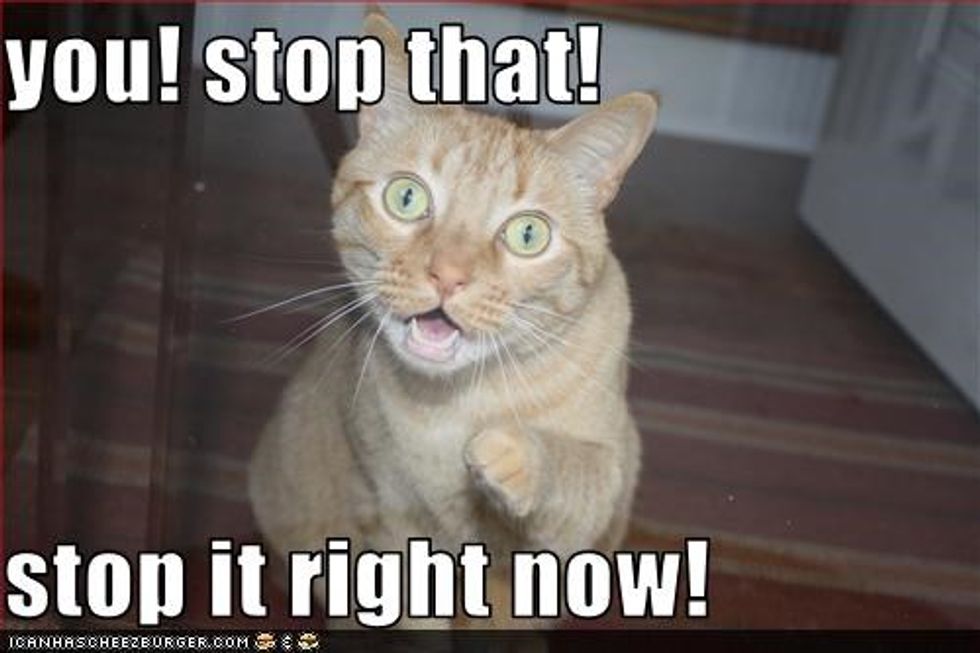 Greetings, settlers and sharecroppers alike! It's time for ye olde fashioned medicine show and discount homeopathic dentist, The Snake Oil Bulletin! This week, we decided to attack a dangerous if well-meaning meme making the inter-rounds that is encouraging people to fight back against the tyranny of Big Pharma by making EpiPens in the comfort of your own home. There's just one problem with this advice: DON'T FUCKING DO IT.

That EpiPen lady is a fucking prick, but please don't make your own epinephrine injectors.

If you had paid attention to the latest news of doucheturds behaving monstrously, you may have heard of Mylan CEO and Dickensian orphan-strangler Heather Bresch, whose pharmaceutical company had jacked up the price of life-saving EpiPens from about $100 for a pack in 2007 to $608.61 a pack by this year. Naturally this is fucked ALLLLLL the hell up, but Bresch figured it was time to do some damage control rather than, I dunno, lowering the price of fucking EpiPens.

You can read Wonkette's coverage of her question-dodging, child-murdering callousness at the link above, but that isn't our focus today. As noted by the delightful Science Babe, in the wake of Bresch's dildo-ramming evil, a few memes and dubious links have been making the rounds on social media as an "affordable response" to Mylan's price-gouging.

While we admire the desire to show those evil Big Pharma douchebros what's what and get them out of the medical racket altogether, this advice is thoroughly unsafe and could actually kill your children. Lest it needs to be said DON'T MAKE YOUR EPIPENS AT HOME.

Let's splain. See, EpiPens are designed with very specific measurements in mind. They contain an exact amount of epinephrine, which has to undergo rigorous safety testing before it's allowed to go out into the real world. Real research technicians measure the contents and fill the EpiPens, which is something they're able to do because they went to school for this fucking shit. They are designed to be prepared and at the ready at a moment's notice, because when it comes to severe, life-threatening allergic reactions, there is no time to wait. See the reaction, inject the EpiPen, observe the symptoms to see if a second EpiPen is needed.

As we've noted before when we went after assholes who recommended "natural alternatives" to the EpiPen, being hit with a concentrated blast of adrenaline (because that's what epinephrine is) fucking sucks. However, a rough few days of recovery with fainting and vomiting is preferable to dying of anaphylaxis, a life-threatening allergic reaction that can cause the victim to suffocate within seconds if not immediately treated. For some, death from anaphylaxis can be immediate, which is why EpiPens are designed to be instantly popped open and injected into the victim's body. Everything is pre-measured and the only source of human error is injecting it in the wrong spot like a terrified bystander watching their loved one die which is EXACTLY WHAT'S HAPPENING.

And therein lies the problem with creating your own EpiPens at home: You are scared shitless, watching a loved one suffocate, and in the time it takes you to prepare the solution your loved one will likely die. Why is that? Because anaphylaxis is a game of seconds, and the average layman takes an average of two and a half minutes to prepare an epinephrine injection. The study that discovered this information noted that not only did layman subjects take several minutes to prepare the solution, but that was under controlled conditions with instructions and ingredients laid out before them, and even under these perfect conditions they couldn't consistently prepare the right dosage. THIS IS A BAD THING. Even with proper training, your average parent is not emotionally prepared to sit with their suffocating child carefully measuring the exact amount of medicine they need.

As noted by SciBabe, patients with diabetes learn to administer their own insulin injections, but your average diabetic isn't at immediate risk of suffocation during their prep time. A broken needle or a mis-measured dose can generally be corrected before they pass out. The same is not true for an anaphylactic.

We wish there were a simple solution to this awful situation. The price-gouging of EpiPens by Mylan and CEO Heather Bresch is positively infernal in its blatant, unrepentant evil. These living dog turds can fuck themselves with the Thousand Flaming Razor-Tipped Dildos from Hell (or Hell-dos) for all we care. But the right response is not to place your loved ones at greater risk by thinking you can DIY your own medication. DON'T DO THAT. Alternate epinephrine auto-injectors like Adrenaclick are available for a much lower price. Co-pay assistance programs do exist, and you can find a few here and here. Does it suck that these programs are through Mylan? You better fucking believe it does. But the right response to Pharma douchebaggery is not to place your loved ones at greater risk of death. Keep the relentless pressure on Mylan to reverse their evil decision, but please don't believe unsourced, unsafe memes floating around Facebook. If Facebook's advice to put red onions in our CD drive to naturally remove viruses taught us anything, it's that good science never comes from text on a pic.

And speaking of terrible sciencing through memes...

Actual scientists forced to debunk chemtrails, because this is 2016

Chemtrails are one of the most persistent bits of nonsense circulating throughout the internet. Regardless of the complete lack of evidence, the utter implausibility of the scenario, or the very obvious fact that if chemtrails were meant to depopulate the globe they're doing a damn shitty job of it, believers still flock to this conspiracy theory because it plays perfectly into everything our lizard brains fear. The enemy is attacking us from the skies! Giant metal birds rain destruction down upon us! Science textbooks are scary and take time away from our dime bags of sour diesel! WATCH THE SKIES!

That's why a group of experts have decided to push back and try to put a dent in the massive online presence of the bullshit-pushers. The New York Times recently reported on this study in which scientists took time out of their busy days building laser sharks and cannibal robots and whatever the hell Cheez Whiz is to debunk the obvious nonsense that is chemtrails. This is what our society has become.

The impetus for this exercise in futility came from this genuinely distressing story of a real actual scientist forced to interact with an unhinged plebeian while simply hunting for a bed to rest his scientific mug:

Steven J. Davis, a climate scientist at the University of California, Irvine, said he had the idea for the study after a conversation with a salesman at a mattress store.

When the man found out what he did for a living, Dr. Davis said, “he had very serious questions about what we were going to do about the chemtrails problem.”

Dr. Davis said that when he got home, he searched the internet for peer-reviewed studies on the conspiracy theory, but found none.

Is that not the most depressing thing you've seen since a few seconds ago? A real life science-type person was forced to confront the all-too-stark reality that the internet fucking blows when it comes to basic science communication. It's like a mall elf discovering Santa isn't real.

For example, when asked if chemicals were the best explanation for trails that seemed to disappear faster than others, we can only imagine the scientists began cackling before pointing out that vapor dissipates faster in dry air, ya doofus.

Unfortunately, while we appreciate the scientists' attempts to inject a few facts into a thoroughly factless debate, we see little reason to believe this study will sway anyone who buys into the chemspiracy. Between their virulent disdain for anyone deemed to be an authority figure to their loudly screeched belief that any information presented by the establishment is obviously faked or paid off, chemspiracists will not be swayed by a panel of experts presenting their opinions. Hopefully this data can at least attract the attention of some fence-sitters who are interested in the topic but haven't fully fallen down the rainbow sprinkler lady rabbit hole. The true believers cannot be reached. As Jonathan Swift noted in between calls for reptilian baby eating, "Reasoning will never make a Man correct an ill Opinion, which by Reasoning he never acquired." Or something like that.