Please Stop With The Holocaust Chic, It Is Not Actually A Thing 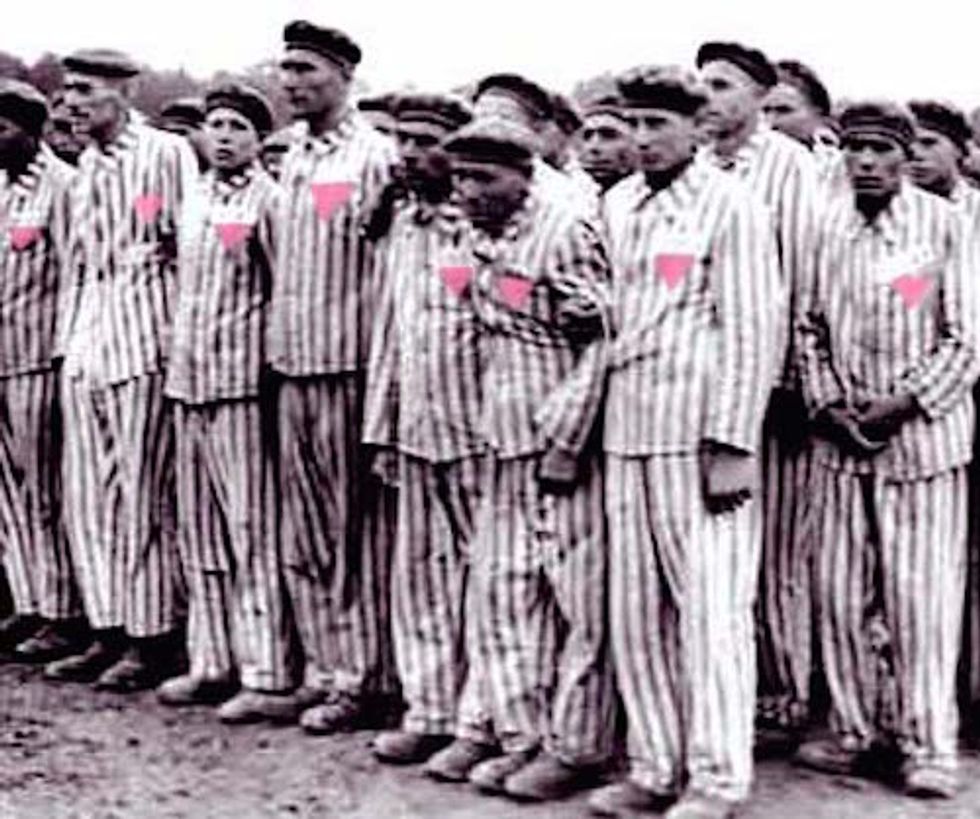 “Whether intentional or not, this gray and white stripped pattern and pink triangle combination is deeply offensive and should not be mainstreamed into popular culture,” said Abraham H. Foxman, ADL National Director and a Holocaust survivor. “We urge Urban Outfitters to immediately remove the product eerily reminiscent of clothing forced upon the victims of the Holocaust from their stores and online.”

Pffft, like Holocaust survivor Abraham Foxman even knows anything about what prisoners were forced to wear during the Holocaust, right? And besides, just how "eerily reminiscent" could this obviously fashion-forward design really be?

Oh, that's right. Very and extremely so. So very and extremely much that we cannot wait to hear the excuse Urban Outfitters makes for itself this time. "Nazi stripes were vertical, ours are horizontal! Totally different!"

And no, we are not inclined to give Urban Outfitters the benefit of the doubt. Not only because it is pretty much impossible to believe that gray and white stripes with A PINK TRIANGLE, just like Nazis forced gay men to wear, is just a random coincidence. Because yeah, that is impossible to believe.

But also too furthermore because this isn't the first time Urban Outfitters has "accidentally" marketed some grotesque bit of "fashion" -- like, for example, a "vintage" blood-stained Kent State University sweatshirt.

Hell, this isn't even the first time Urban Outfitters has been asked to read a history book about the Holocaust. In 2012, ADL noticed "a yellow t-shirt bearing a logo similar to a Jewish Star of David," kind of like Jews had to wear during ... when was it? Oh right, the Holocaust.

The company who designed the shirts for Urban Outfitters was all, "No way, total coincidence, we would never do that, we'll change that design immediately!" and ADL was like, "Ok, then we're cool."

But you sort of have to wonder how many times Urban Outfitters can "accidentally" sell some horribly offensive something or other before it's hard to say, "Oh, you didn't mean to be offensive? No problem." Once? Maybe. Twice? Hmmm. But over and over again? Yeah, pretty sure Urban Outfitters is all out of benefits at this point.