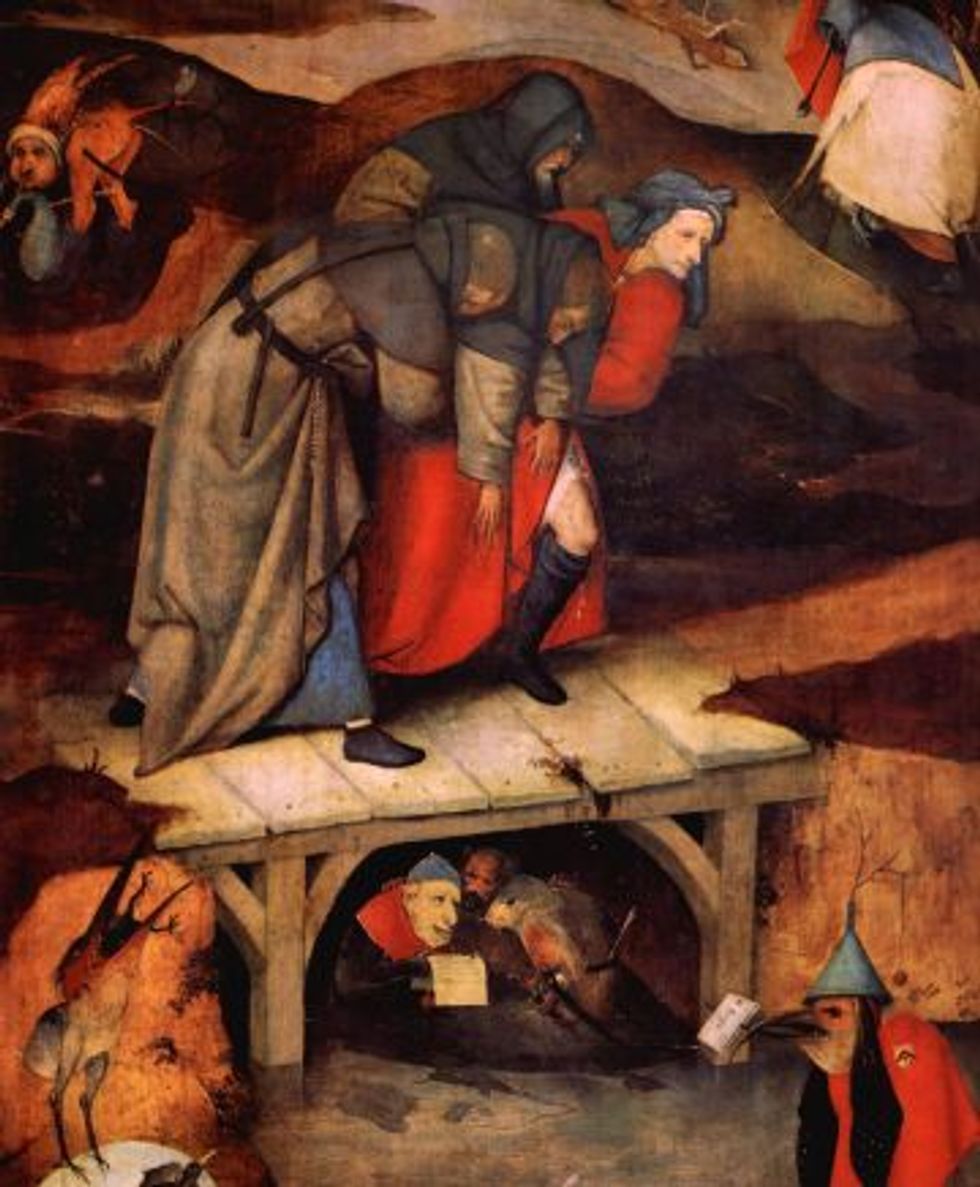 Did you hear about thestock market? It's now at a 10-year low, again, hooray! And the news just keeps getting worse, every fucking day. And maybe it just continues to get worse, every fucking day, until ... who knows, 2015? And then another terrible recession-within-the-depression recession in, say, 2017? And then we are finally pulled out by the war against the Space Monsters, which kills off most of Earth's population but does, at least, revive manufacturing. (Which is done by robots.)

Or maybe we'll have another one of those "Long Depressions," like America (and the world) suffered between 1873 and 1897 -- a quarter century stretching from Civil War Reconstruction to Einstein's Special Relativity thought experiments. Think how much older you'll be in 25 years! (Dead.)

Or, maybe we're in for a really Long Depression -- think, the collapse of trade, literacy and civilization in Western Europe between the 5th Century and the 11th Century. Scurvy and porridge for most of you, crappy-looking crowns for the lucky few! (And plague, all the time.) Sarah Palin could be pope or something!

This is all, obviously, Tim Geithner's fault. He is sketchy, isn't he? Got those beady little nervous eyes, just like Spitzer. And Larry Summers is really "in charge" of the fiscal policy, right? Pig.

So, let's figure on about another 2,500 points down for the Dow, with similar percentage plunges on the S&P and NASDAQ, and maybe another 30%-50% down for the Euro markets, and an additional 60% drop for the Asian markets, and South America and Eastern Europe won't even have stock markets anymore. Does that sound like a good "bottom," for everybody? Great, let's capitulate, completely, and begin our long journey of horror, which will end in gloomy death, at the Lake of Fire.

This Just in: The Market Is Still Dead [NYT]