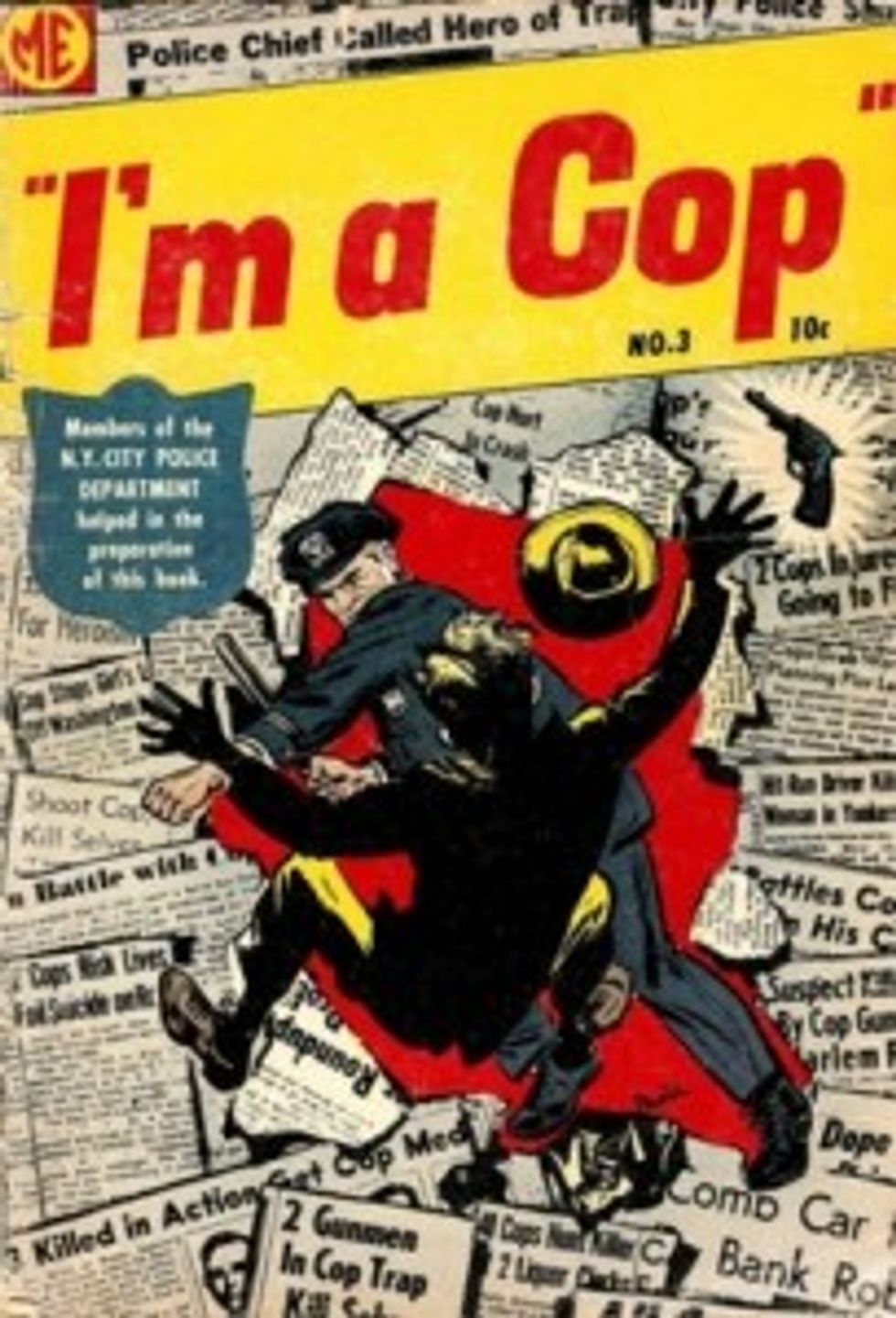 In a shocking development, someone said something terrible and stupid on Facebook! About sluts and abortion! Yes okay, sadly not shocking. But this time it was Zeb Hemsworth and he is a Police Chief for Pike Bay, Minnesota, and now he isunder investigation for being a crazy person out-loud about how he feels about people who are pro-choice. (That they are "piece of shit scum-sucking babykilling bitches.")

This of course happened under a Ted Nugent for President picture, when he began slut shaming a liberal poster who tried to be cute about how getting to choose your gun was the same as choosing what to do with one's uterus. Silly liberal, nuance fails every time. And stay away from the Nuge, always.

Despite the fact that Officer Zeb at least called her a "swanky" slut and tried to delete his post, some intrepid reader ("rancid butter" do we know you?) did a screen grab and now there's an investigation into whether or not this guy should be a police officer at all anymore, which might be a good thing, in case there is a need for protection at an abortion clinic, or possibly a domestic violence call or anything at all requiring a cop with some discernment.

Chief Hemsworth also deleted his youtube account, but not before that too was grabbed - so now we know he also thinks "Obama must be a racist," Sarah Silverman is a "fuckin slut" and that he "really [doesn't] like liberals." But he looks so nice! Maybe it sounds nicer in a Minnesota accent?

You know, Chief Hemsworth, there is more to life than cranky misogynistic fundamentalist ranting. And here you are, getting investigated by your town board, and maybe gonna get fired, and it's a beautiful day.