Politico Reporter: Kirsten Gillibrand Is a Lying Liar, Since No Man in Congress Has Ever Been Sexist 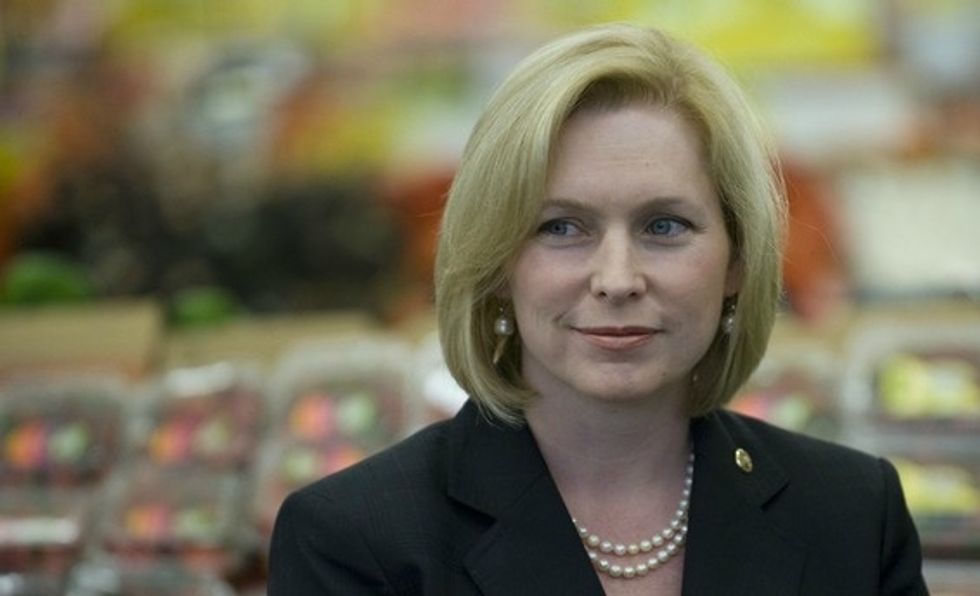 On Wednesday, the New York Post published tidbits of what promises to be an entertaining and depressing new interview with Sen. Kirsten Gillibrand in which she describes being called "fat" and told to work out more since she was getting "porky" by older male colleagues in the House and Senate. What's not to love about being a female senator? It gets you membership in a very small and exclusive club within the world's most deliberative body, plus all the free fitness tips and affirmative motivation you can tolerate on your wellness journey!

The complete interview, coming in advance of Gillibrand's first book, will appear in People on Friday, but the senator's tales of being warned she'd never win an election looking like a fat load and then getting her waist pinched to celebrate her weight loss have already opened a new front in the Internet Gender Wars. One of the higher-ranking newsgoons over at Politico found himself under siege by the feminist shock troops and their metrosexual allies just for saying that Sen. Gillibrand was making it all up. Can't a "senior congressional reporter" voice a baseless opinion that a member of the Senate is a huge liar without everyone jumping all over him?

John Bresnahan's bio calls him "one of the most well-sourced journalists" on the "characters" and "history" of Congress. Clearly this is true, since he has had sources watching Kirsten Gillibrand during every trip she's taken to the floor of the House and Senate and every visit she's made to the congressional gym and can confirm that that none of this ever happened. How else can you explain his unequivocal statement that he did not believe any of it? After all, the congressional male "characters" he's so well-versed in have never been shown to dabble in sexual harassment or generalized lechery, so John's skepticism could hardly be chalked up to any presumptions he might make about Sen. Gillibrand based on her gender.

Bresnahan was unfairly held and interrogated for a few hours, bullied with demands that he produce outlandish things like any basis at all for this proclamation, until he buckled and apologized vaguely but ignored further questions about whether or not he thought New York's junior senator had fabricated years of harassment from fellow legislators. (Mr. Bresnahan has not responded to our request for comment, but we will certainly update if he has any clarification as to his position on the matter!)

So Kirsten Gillibrand's still a liar, and it made John so upset he lost control of his silly opinions and had a regrettable emotional outburst? Just like a man.

If you follow Beth on Twitter, you will be automatically registered for Feminist Shock Troops Selective Service.