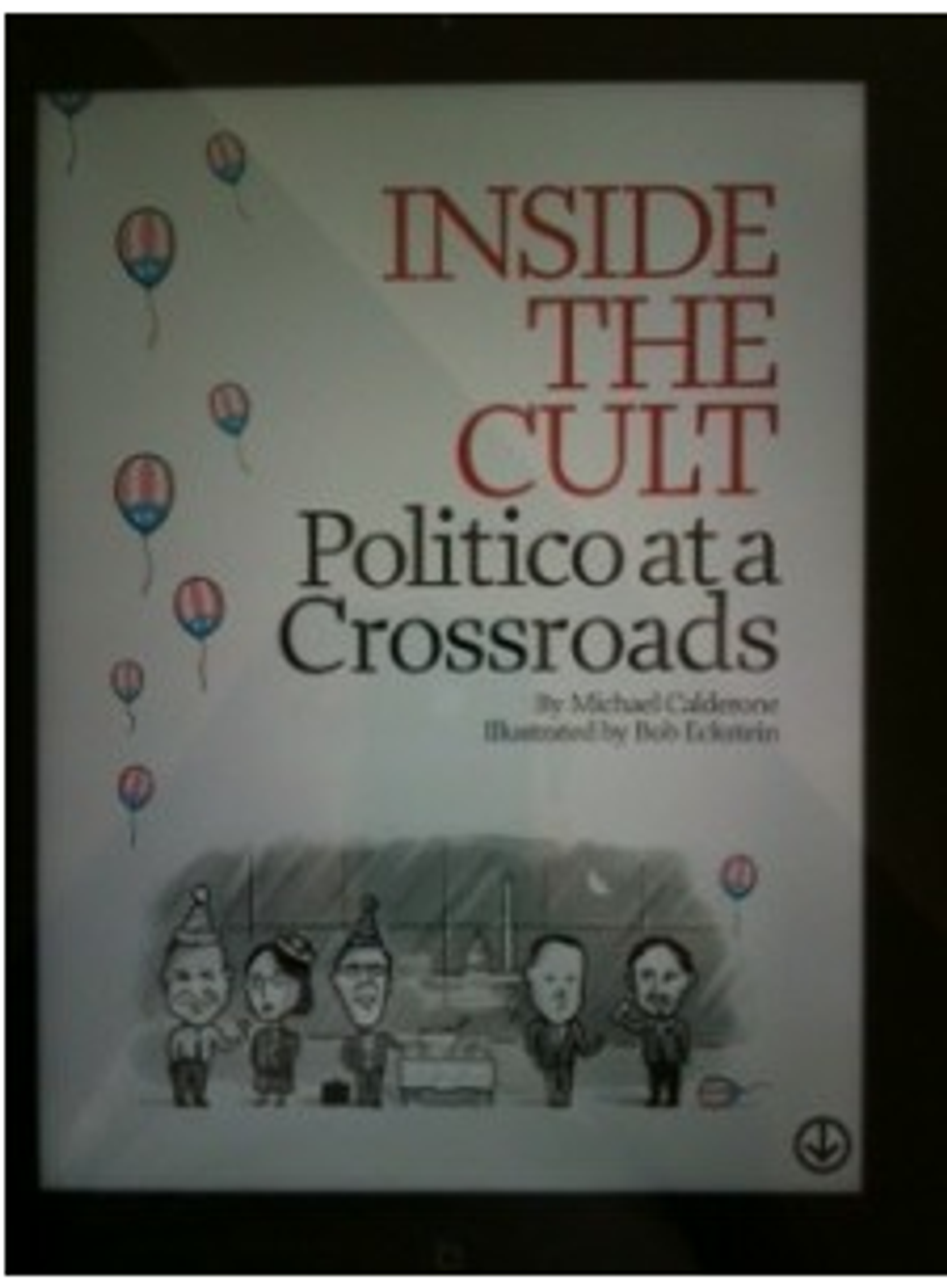 Suckers who downloaded the new Huffington app-magazine-thing hoping for page after page of sideboob were bitterly disappointed to instead find some superlong expose about Politico, America's number one morning-winning beltway-news-producing destroyer of worlds. The thing was written by Michael Calderon, whom ascended Wonkette deity Ken Layne once called "an actual pleasant human being we've actually dealt with on the telephone and in person," so we're going to believe that every word of it is true, especially the part about how life inside the Politico's walled compound is essentially a gruesome, bloody battle to the death, just like in the hit children's movie The Hunger Games. That sort of pressure may explain why a Politico reporter went a little off script and went on TV and said that Mitt Romney hated black people, or loved white people, which is basically the same thing, right?

Joe Williams is Politico's White House correspondent, and this is the thing he said on one of the MSNBC panel shows where people scream at each other:

Romney is very, very comfortable it seems with people who are like him. That's one of the reasons why he seems so stiff and awkward in some town hall settings, why he can't relate to people other than that. But when he comes on Fox and Friends, they're like him, they're white folks who are very much relaxed in their own company.

So, uh, yeah, saying that Mitt Romney is more comfortable with people exactly like him, with one of those "like him" qualities being race, is not exactly the same as calling him a Klansman, we don't think? See, one of the things about being white in America -- about being part of a privileged majority generally -- is that you can be in a racially homogeneous group and it seems totally natural! You're the default! You don't see the race of the people you hang out with! It's cozy! But believe it or not, America does not entirely consist of white people (or even white people like the kind on Fox and Friends), which means that this comfort level could actually be something of a campaign liability.

And maybe this is something that an African-American reporter like Joe Williams (oh, did we mention he was black? Didn't think we needed to, people that conservatives yell at for being racists are always black) would notice? But anyway everyone's really mad about this ("everyone" = people on Breitbart.com) and now Politico has suspended Williams, to give him time to recover from prolonged exposure to Barack Obama's black mind control rays.

The real question is: how does this fit into today's insufferable inside-baseball revelations about the gladiatorial hellscape that is the Politico newsroom? Obviously Williams' statement is part of some larger game to dominate his enemies within the organization, but we can't figure if it's a daring attack, like when Katniss tried to blow up the Careers' food supply, or a desperate ploy, like when Katniss and Peeta threatened to kill themselves and embarrass the Capitol's gamemakers (YEAH JUST PRETEND YOU DON'T KNOW EXACTLY WHAT I'M TALKING ABOUT NERDS).

Williams also made some dick jokes about the Romney's on his Twitter, which is upsetting because that's really more our thing. Also, the following video should put to rest the notion that Mitt Romney is anything less than 100 percent natural and spontaneous around black people: