Poll: Over Half Of American Men Think They Don't Benefit From Birth Control, Are SO DUMB 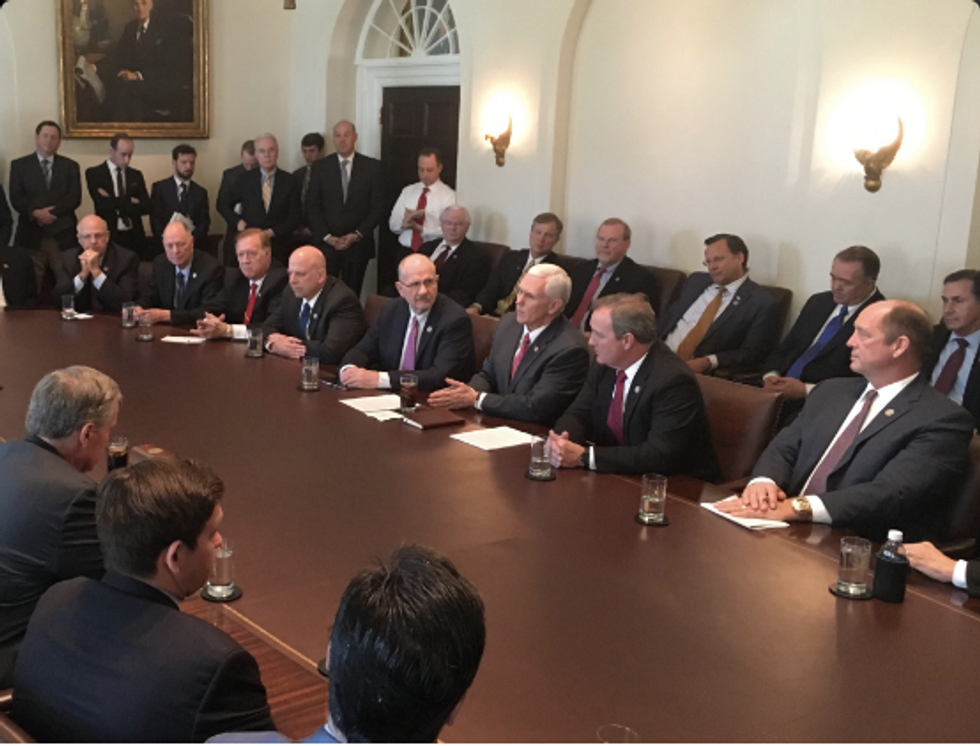 It sure has been a swell week for women's health, no? First we had Senator Pat Roberts having a good hard laugh over the idea of having his mammogram benefits taken away (GUESS WHAT, DOOFUS -- Men can get breast cancer too! Also you get prostate cancer and we definitely can't do that, so maybe shut up forever?). Then there was Sean Spicer suggesting that it was unfair to ask older men to cover maternity care. Oh, and hey -- the entire Freedom Caucus (teabagger dickbags) wants to nix maternity care, pre-natal care and newborn care from the health care bill.

Now, we've got some fun results from a survey of registered voters, conducted by PerryUndam, showing that 52% of men do not think they benefit from birth control. Given that it's pretty unlikely that all of those dudes are gay, I'm gonna say that they are very, very wrong about that.

For what it is worth -- as evidenced by our current president -- older men can still get a woman pregnant if she is capable of having children. In fact, they are far more likely to participate in the reproductive process than gay men, lesbians, and women who have gone through menopause. I realize that perhaps a lot of our current crop of Republicans never got comprehensive sex-ed, so perhaps this comes as a surprise to them. Maybe they do not even know how babby is formed? In fact, it's totally possible that they still think storks are somehow involved.

Oh! And for what it's worth -- you know what is still covered by insurance? Viagra and Cialis and penis pumps. Also, prostate exams. But you don't see women complaining about contributing to insurance that covers prostate exams, because we are not monsters.

Because guess what? We would not need birth control if we were not fucking you. We would not need maternity care and prenatal care and newborn care if no one was fucking you. You are exactly half of the reason why any of that is necessary to begin with. And that is something you should really think long and hard about before you answer a question like "Do you benefit from birth control?"

Ooh! Ooh! Also! -- Do you know what is way more expensive than birth control? Child support for the rest of your life.

Additionally, if you do not believe you are just as responsible for the cost of birth control as we are, if you do not believe it is your job to help pay for maternity care, pre-natal care and newborn care? If you believe those costs should be shouldered entirely by women? Then you can just shut the hell up about abortion forever. You can do that anyway, but especially if you believe this shit. Also, no woman should ever fuck you. The end.