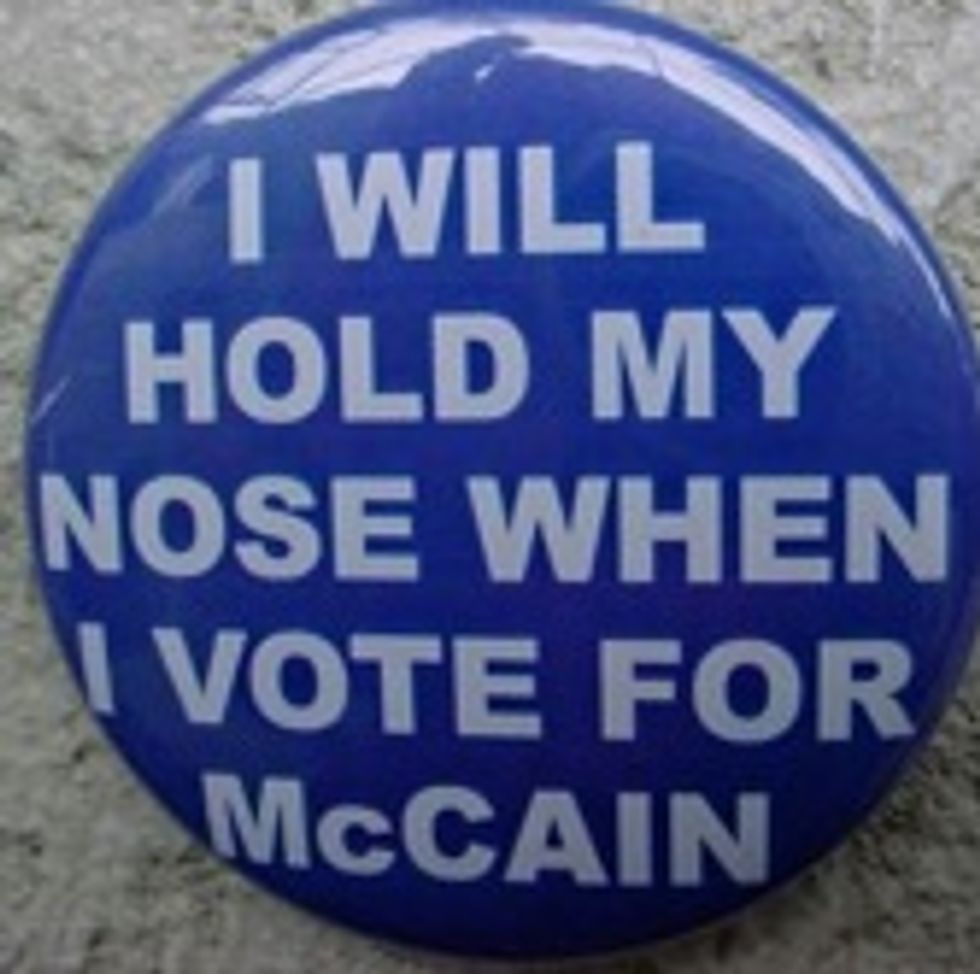 We are deep into the first year of the 2012 campaign -- haha, only 18 more months to go! -- and already the Republican Base is so depressed and disgusted by their awful slate of candidates that some experts believe the GOP won't be able to get anyone to the polls, because of mass suicide and intentional Hoveround-Rascal collisions. This is what happened to Jesus' dinosaurs, according to the Bible! And we all know that, according to both the bible and many popular comic books and soap operas, that history repeats and repeats. As Alan Keyes said, "Those who forget the past are condemned to repeat it." He was right, too. (RIP Alan Keyes.) But what about these Republican candidates? Why are they so awful? Why is the jabbering buffoon Mike Huckabee the only one of the dozen or so "major candidates" seen favorably by even half of Republican voters? Is it possible that Republican voters have realized they've been taken for a ride these past three or four decades and that the multinational megacorporations that run the GOP have not the slightest interest in the pathetic lives of working-class middle-aged white people in America?

The dullards -- Pawlenty, Barbour, etc. -- are literally unknown to all but a tiny fraction of Republican voters. Jon Huntsman, whoever he is? 90% of GOP supporters say they don't even know who he is. But when it comes to the venal multi-millionaire celebrity who exploits and defrauds the most desperate of the working-class white people in America, name recognition is not the problem. It's just that people despise Palin, and not even a majority of Republicans can even cough up a "favorable opinion" of the Quitter from Wasilla.

From the NYT/CBS poll released this morning:

Sarah Palin, the one-time vice-presidential candidate and former governor of Alaska — who is a regular on Fox News, which the survey said was the television news network most watched by Republicans — is the best known of the possible candidates, according to the poll. She is viewed the least favorably by the general public: Twice as many respondents over all said they had an unfavorable view of her (55 percent) as said they had a favorable view (26 percent).

Are the Republicans already giving up? If so, it almost ensures a "consensus loser" like Pawlenty will get the nomination, so he can "lose with dignity" or whatever. They won't let a nutter take it, probably? So maybe they will have a fun Ross Perot kind of split that will demoralize the party for a decade, like it did to them in the 1990s.

Other polls, of course, show that the entire American electorate has only heard of a single alleged candidate, vulgar bigot Donald Trump. So, uhh .... [NYT}