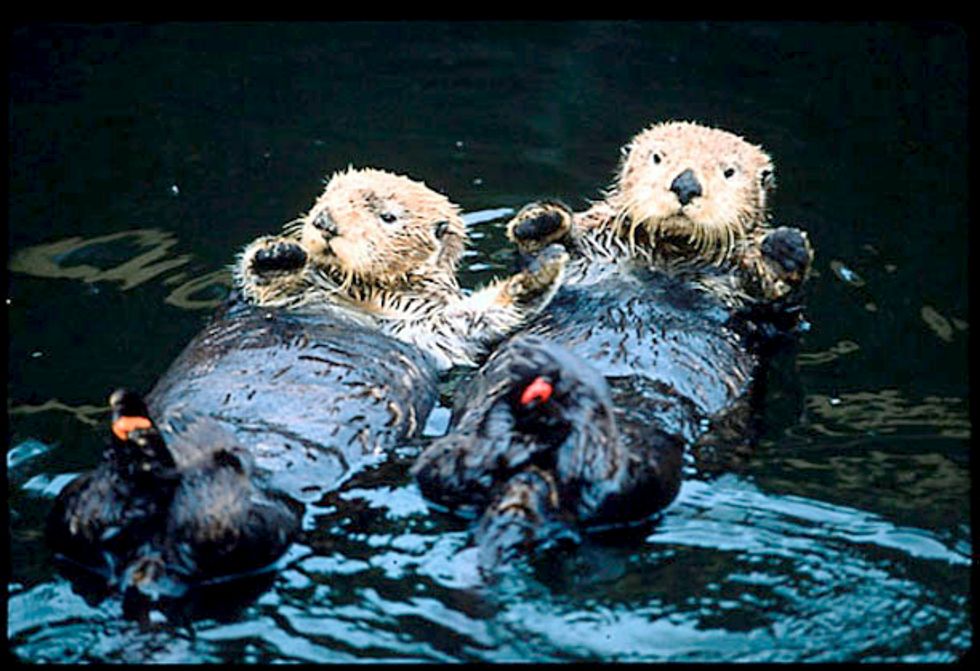 Exxon was one of the richest companies in the history of the world until it made only $16 billion in profits last year (down from $32 billion in 2014)! Yet the relentless government scrutiny won't cease.

You may remember that government hippies in New York and California are investigating Exxon for possible fraud because it knew about the connection between greenhouse gas emissions and climate change back when Ford was president but lied to everyone for decades to protect its precious shareholders. Also, Most Profitable Company In History rolls off the tongue better than Really Profitable Company With Token Nod To Social Responsibility.

Never fear. Rep. Lamar Smith (R-Drillville) is here for the justice. And the campaign donations. Smith subpoenaed New York Attorney General Eric Schneiderman over the state's investigation. Letters sent to 16 state attorneys general from Smith and GOP members of the House Committee on Space, Science, and Technology so read like that of an unhinged, uber-defensive Exxon fanboy that it's surprising no dead rodents were included.

Smith goes the I'm-rubber-you're-glue route, claiming these do-gooder lawyers just may be conspiring to stifle free speech. $peech like the sort Exxon allegedly funded to make us feel cozy - not with higher global temperatures but with studies claiming God's best creatures, Americans, could never harm an Earth-sized rock.

It's almost as if Smith and his cohort are part of the same alleged conspiracy to disseminate misinformation and protect Big Emissions at all costs. But nah. There has to be some other reason he subpoenaed NOAA scientists for internal documents relating to a climate change study and accused the research center of manipulating the study's data.

2016 and still all this grandstandin' and investigatin'. Seems kind of insane since Smith previously noted it's pretty clear that Obama's nerd thugs probably made up all the climate change. Insane indeed.

Interface with condescending Apple pricks among the wonders of nature

Apple's Genius Bar is a great place if you love long waits, employees' exhales of of exasperation, and staring at the ground to avoid eye contact. But the often cramped customer service centers might be going the way of affordable Apple products.

Apple is opening "Genius Groves" to replace some of its Genius Bars, the first one set to open in San Francisco, with others under construction throughout the country. Unlike the Bars, which could make you feel like a tech rube but had no idea how to make an Old Fashioned, these "Groves" will contain actual vegetation. Consider the new San Francisco shop:

Wide aisles, including one with special displays devoted to photography, music and other thematic uses of Apple products, give visitors more room to wander, learn and play with the latest iPhones, iPads and Macintoshes. An open space that Apple calls the forum provides room for presentations as well as small classes on various topics.

And then there are the trees. The back of the second floor is filled with ficuses, each encircled by a leather bench, where customers can wait or sit next to Apple’s “geniuses” as they work on the customers’ gadgets.

Ficuses! Combined with the solar power capabilities, it's excellent that Apple seeks to improve on a place that's slightly more tolerable than Penn Station. Apple EVEN maintains they don't want their stores to "feel like a store." Which is why any profit derived from related commerce with be donated to a fund for starving app developers. No just kidding, they'll still take your all your i-dollars.

Following the lead of upstanding corporate luminaries such as Blackwater and Philip Morris, Time Warner Cable will be changing its name to "Spectrum" upon its $10 billion dollar acquisition by Charter Communications.

Time Warner has 16 million subscribers and 4 of them are totally cool with its services.

Time Warner Cable, which had the worst customer-service score in any industry according to a 2015 survey [...] has had poor customer-service scores for years, according to the American Customer Satisfaction Index, or ACSI, which measures customer satisfaction for 43 industries. The cable provider's pay-TV service scored 51 out of 100, tying smaller peer Mediacom Communications Corp. for the worst overall rank in any industry.

Among the dregs in the airline, communications, insurance, retail and pet food industries, Time Warner reigned supreme for its utter ineptitude and contempt for its customers. This is amazing and should warrant an award, though the acceptance speech would probably have to be scheduled for a 12-hour window and if Time Warner doesn't show up to accept, it will be your fault.