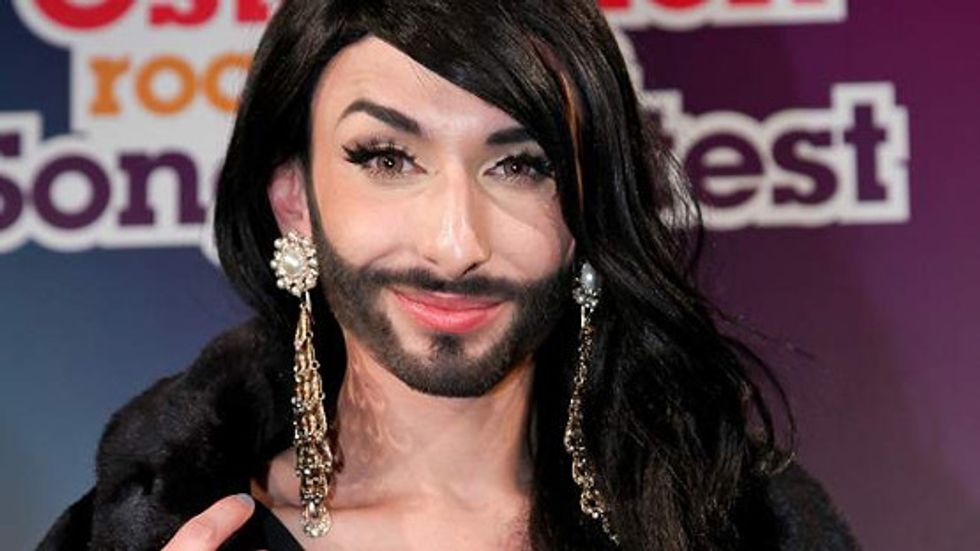 Do you know what Eurovision is? Haha, you do not, because you are (likely) A American and interested in patriotic things like steaks and apple pies and baseball and cowboys and guns and American Idol and The Voice, also, too. The Eurovision Song Contest does not stack up compared to those things in American eyes, although we do suppose that that could be because the contest's called Eurovision, which is a good way of making sure that Americans do not come in and sweep the contest, like we do at the Olympics every two years, like jerks.