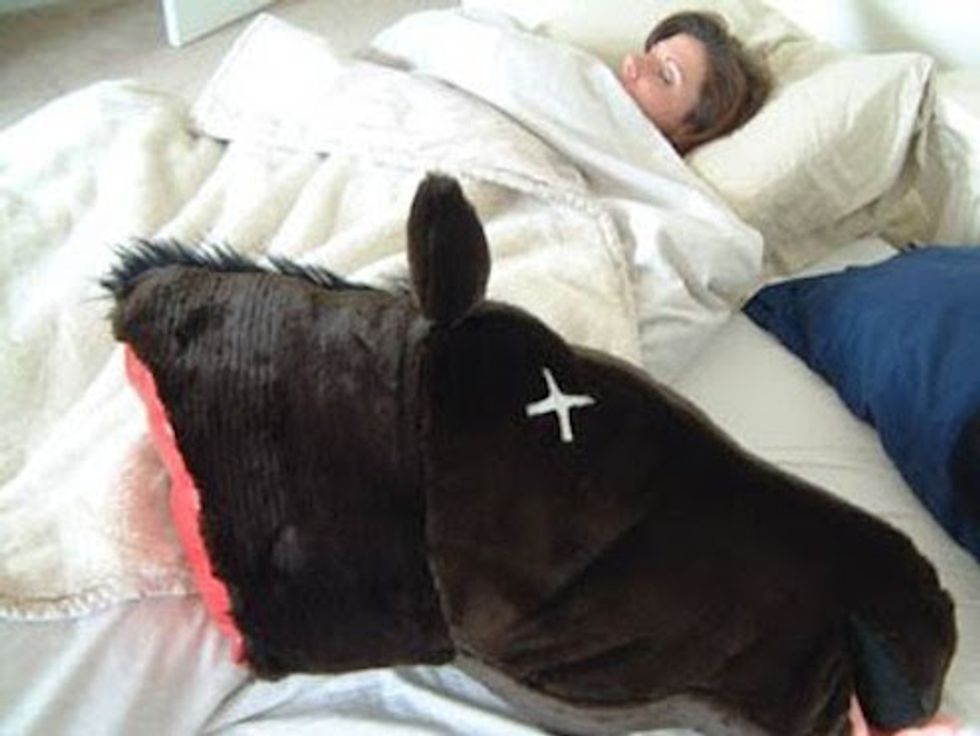 So last year we asked the not-new-anymore Pope to cool it on the whole Mafia-bashing, mostly because we don't want them to put a hit out on Francis. He hasn't gotten rid of nearly enough creepy John Paul II and Benedict XIV-appointed archbishops to ensure that a cool New New Pope would ascend. But Pope Francis did not listen to us, and yesterday he excommunicated the Mafia en masse.

Pope Francis has issued the strongest condemnation of organised crime groups by a pontiff in two decades, accusing them of practising "the adoration of evil" and saying that mafiosi were excommunicated.

It was the first time a pope had used the word excommunication – a total cutoff from the church – in direct reference to members of organised crime.

"Those who in their lives follow this path of evil, as mafiosi do, are not in communion with God. They are excommunicated," he said in impromptu comments at a mass before hundreds of thousands of people in one of Italy's most crime-ridden areas.

You think we're joking? Twenty years ago, JPII tried to talk tough about the Mafia. It did not go well.

In 1993 Pope John Paul warned members of Sicily's mafia that they would "one day face the justice of God". The mafia responded several months later with bomb attacks against several churches in Rome, including the Basilica of St John's, which is a church of the pontiff in his capacity as bishop of Rome.

Other folks at the Vatican are edging away from these remarks like you move away from that guy at the party who seemed perfectly nice but has now buttonholed you to talk about his Rand Paul/Dick Cheney slash fic. Seriously, they cannot backpedal on this fast enough.

Vatican spokesman Father Ciro Benedettini said the pope's stern words did not constitute a formal over-arching decree of canon (church) law regarding excommunication, which is a formal legal process.

Rather, he said it was more of a direct message to members of organised crime that they had effectively excommunicated themselves, reminding them that they could not participate in church sacraments or other activities because they had distanced themselves from God through their criminal actions.

But the language used by the pope was significant because many members of organised crime in Italy see themselves as part of a religious, cult-like group, take part in sacraments, go to church and in some cases have also found complicity within the clergy in the south.

Listen, we are super down with excommunicating the Mafia. In fact, if we're going to see the excommunication superweapon deployed, we'd much rather it be against the Mafia rather than some nuns (because nuns are the best, duh). But we also do not want Francis to sleep with the fishes OR the severed head of a horse, so perhaps someone at the Vatican could coach him on being the tiniest bit more delicate about this whole Mafia thing. They've had years of practice in responding to internal problems extremely slowly, so we're sure they'll have some good ideas.