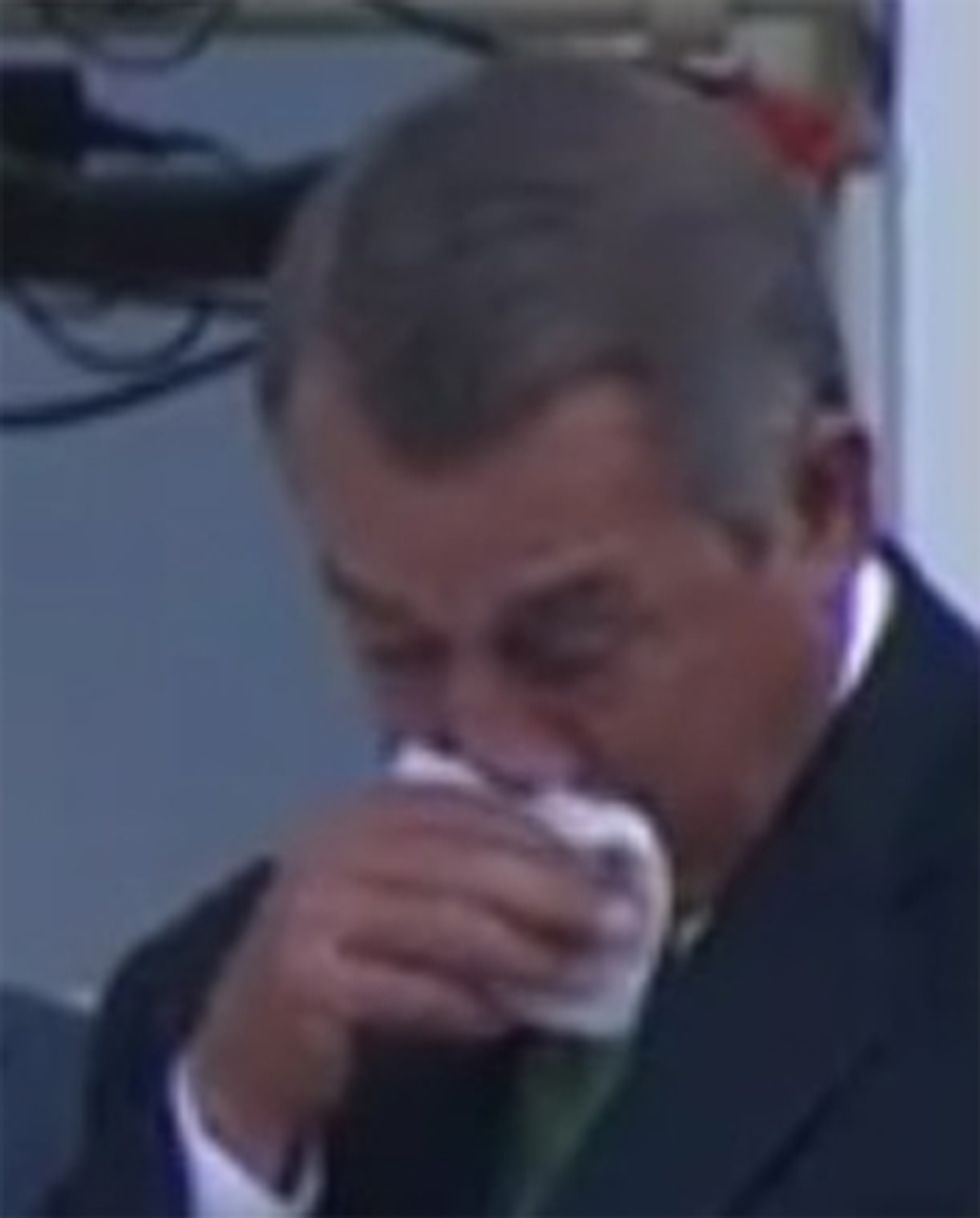 So just after the news broke this morning that John Boehner was Going Rogue like a half-term governor, the speculation about why was running wild in the Sekrit Wonkette ChatCave. A sexy affair? A campaign finance scandal? A "Dear John" letter from his liver? And then, while looking at the photos of John Boehner crying whiskey tears all over Pope Francis, it occurred to us that maybe the pope's message to Congress on Thursday may have moved Boehner more than we knew:

Well darned if a short time later, we didn't come across this series of tweets from Fox News congressional reporter Chad Pergram:

So Yr. Dok Zoom wins the Psychic Prediction prize (a bottle of scotch that he'll have to buy himself), and now we know why Boehner was so teary yesterday -- he had spirits moving in him: