President Bannon Wouldn't Like What Happened In Memphis Last Night 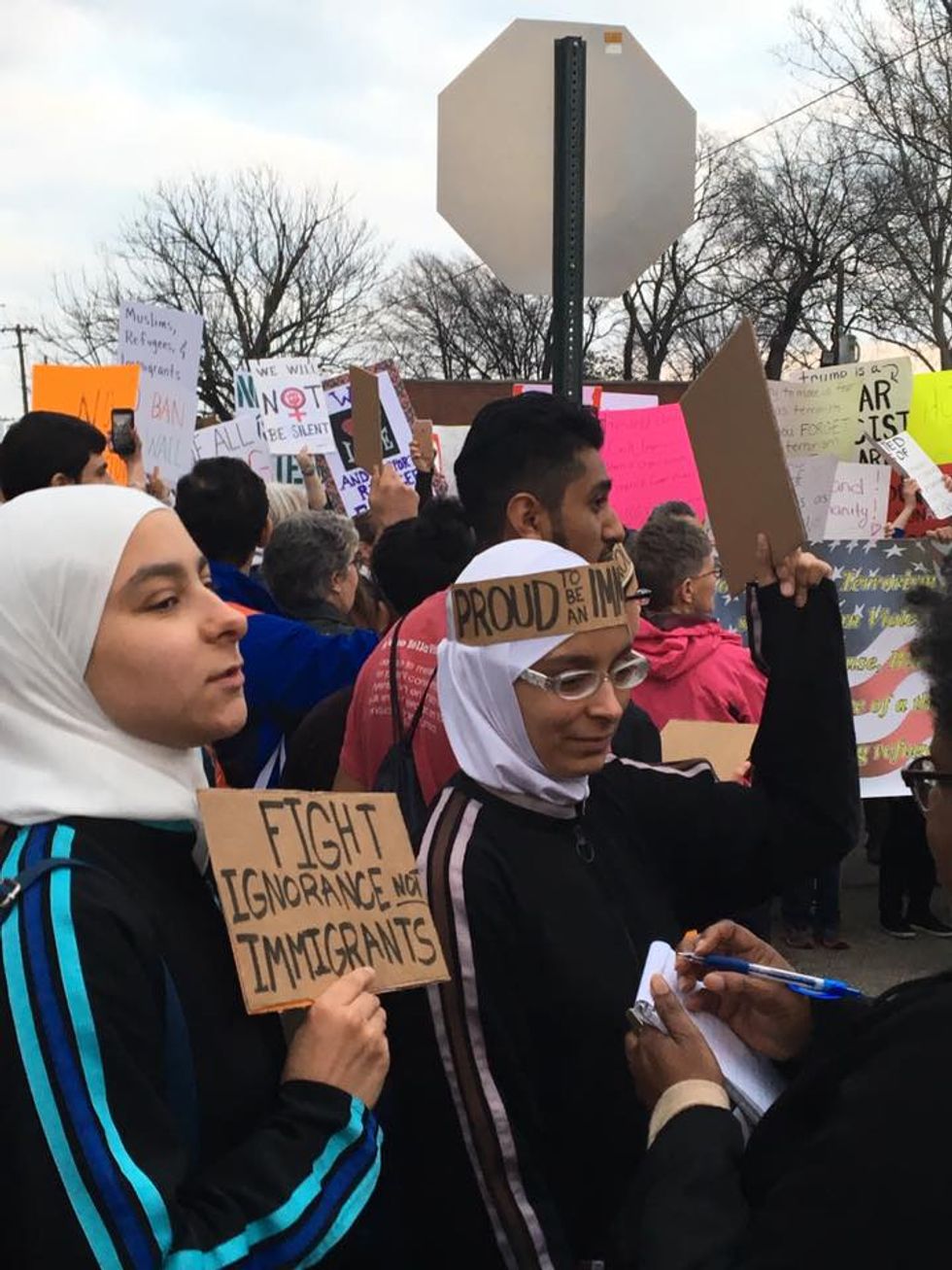 We don't know these women, but they seem pretty darn cool.

Forget for just a second all the 24/7 insanity that is already happening with Donald Trump being president. Forget the protest in Berkeley where things got violent because that Milo douchebag was speaking and anarchists came in and turned things violent. President Steve Bannon and his adopted child Donald Trump wouldn't like what happened in Memphis, Tennessee, last night, where yr Wonkette lives. We had a beautiful, intersectional, non-violent march that started at the Clayborn Temple, ground zero for the 1968 sanitation worker strikes, and ended up at the Lorraine Motel, the site where Dr. Martin Luther King Jr. was assassinated the same year. It's now the site of the National Civil Rights Museum.

Every stripe of Memphis and of America marched -- it was largely organized by two Hispanic women who don't speak much English, but they decided from the beginning they wanted it to be an intersectional march, for Muslims, for refugees, for Latino immigrants, and for everybody else who wanted to join. In fact, when we arrived at the National Civil Rights Museum, the first order of business was for the rest of the crowd to surround our Muslim brothers and sisters so they could pray:

The wreath on the balcony, that's where Dr. King was standing when he was assassinated. Some of the speakers openly acknowledged they were borrowing King's words liberally, considering where we were and why we were there.

Here are a few folks from Black Lives Matter leading pro-immigrant chants for the marchers (out of frame off to the right):

We have a million more pictures, so we're just going to throw them at you out of order, starting with this black and white shot our sister-in-law took of us marching with Wonkette Niece, who was a total brat yesterday:

See? Isn't that nice, that even in the South, in a city that's been through so much, that several thousand of our best friends and neighbors came together as one to tell Donald Trump to eat it? It was beautiful, yes it was.

Now back to your regularly scheduled programming of "OMG DONALD TRUMP DID WHAT? WE'RE ALL GONNA DIE, SHITFUCKDAMMIT, WHAT HAVE YOU DONE, AMERICA?"