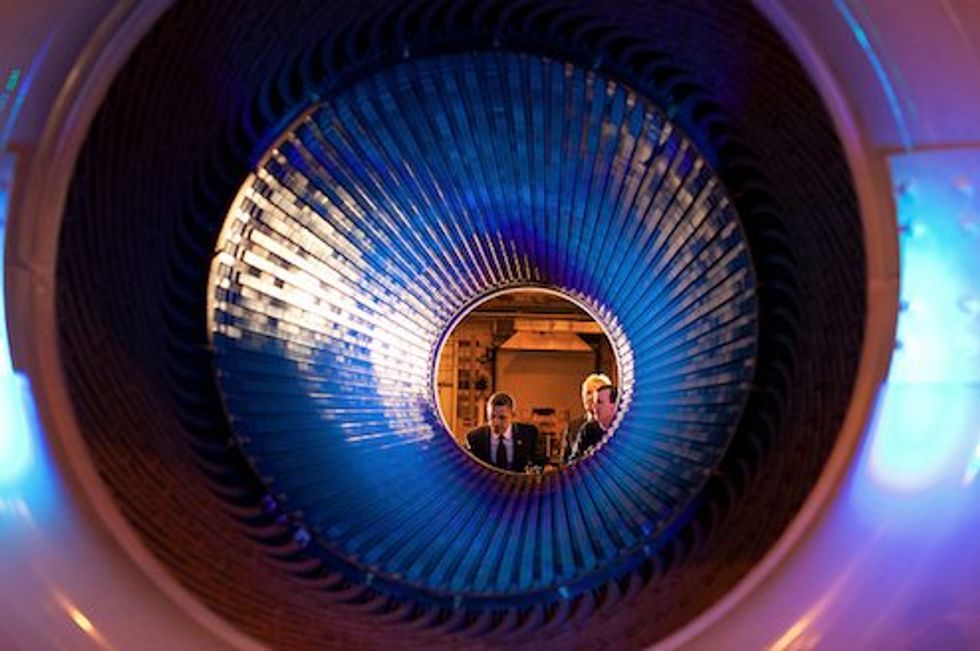 It's not easy being the president during a sustained industrial/economic collapse! But Barack Obama bravely went to Willy Wonka's munitions factory somewhere in Ohio or someplace, and then Barack Obama did a bad thing and tried the Every Flavor Dinner Gum, which includes "fried fat curds," which are against Michelle Obama's rules, so the crazy Koch Brother who thinks he's Willy Wonka activated the Wingnuttia Brigade of slave-dwarves and poor Barry went down, down the drain.

Here's the picture as it appears on the White House Flickr site, with the president shrunken down to the size of a Cheerio:

And if you care, here's the official U.S. Government photo caption, which almost makes as much sense as our own caption: