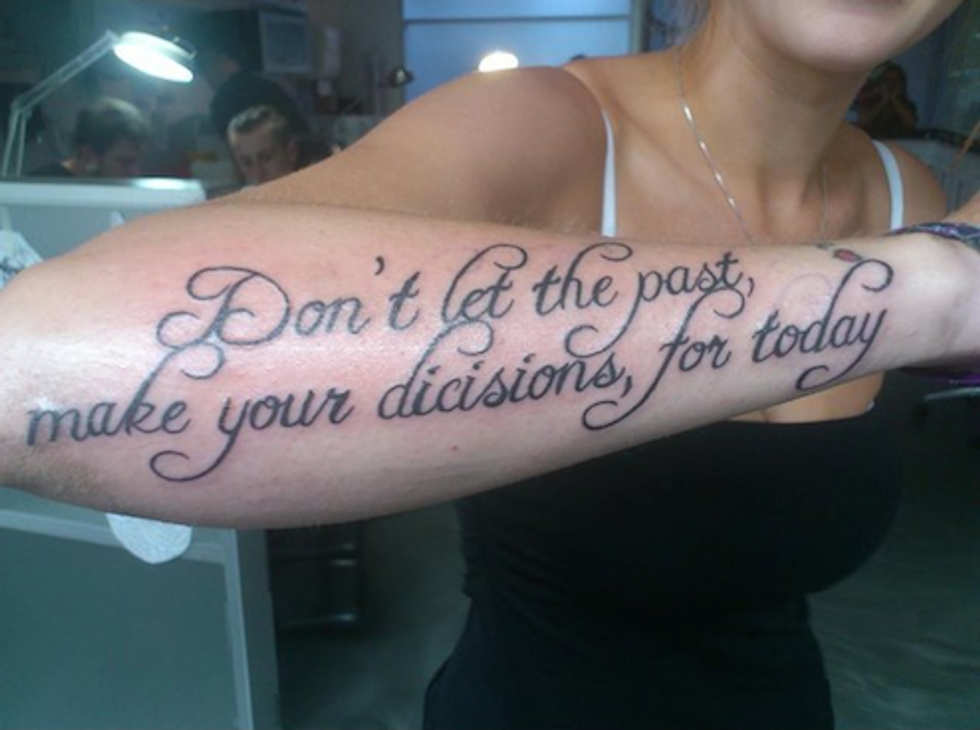 Are you ready for some Nice Time that only needed to happen because there was some very Not Nice Time in the first place? SHUT UP YOU ARE TOO. Today, Bamz partially commuted a prison sentence for one Ceasar Cantu, who was convicted in 2006 of drug dealing, dropping his sentence from 15 years to 11 1/2. The 15-year sentence was accidentally imposed based on a typo in a sentencing report.

Cantu's commutation came from a typo in the "base offense level" of his presentencing report — a numerical rating calculated by the court under federal sentencing guidelines that takes into consideration the crime's severity and the defendant's criminal history. The pre-sentence report correctly listed a level of 34 in one part of the report, but incorrectly listed it at 36 in the portion listing his recommended sentencing range.

Wait. We need the President to fix motherfucking TYPOS these days? Doesn't the leader of the free world have more important things to do? Well, in this case Bamz actually did need to step in because the judge in the case was being a massive dick.

U.S. District Judge Jackson Kiser, who sits on the bench in Danville, Va., last year dismissed Cantu's request to reduce his time because it wasn't filed within the one-year statute of limitations and his lawyer didn't object at the 2006 sentencing. [...]

Kiser rejected Cantu's request and ruled that he could have reviewed the report as early as the day of his sentencing "if he had exercised due diligence."

Jesus Christ, man. How do you sleep at night? You think prison is some super party time and it is no big deal to do another 3 1/2 years? You figure that because someone went to prison, it really is no big deal how long they have to be there, because they're a bad man? You were asleep the day your law school covered the actual concept of dispensing justice? (Haha law schools never cover that.) It shouldn't take the President stepping in to fix this, but it did. We're sure there are some law and order types that will be very sadmad about how Obama is wrecking the court system or how Eric Holder is a thug and thugged Obama into it and thug thug thuggity thug, but we're just going to kick back and feel good that sometimes the right thing gets done, even if it has to go all the way to the top.