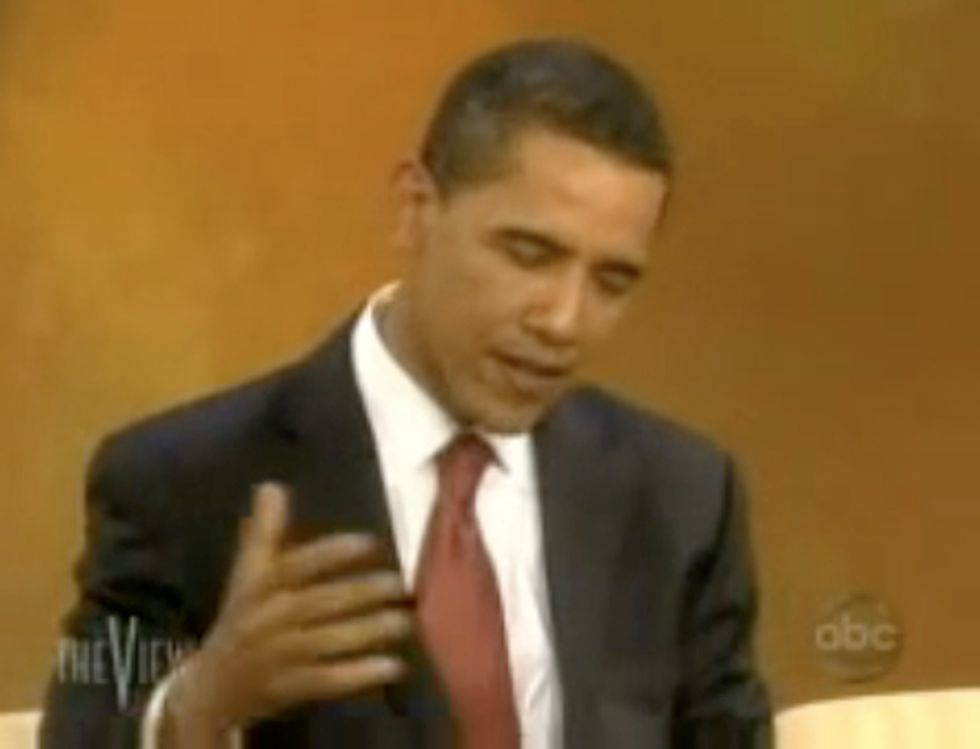 Barack Obama isgoing to be on The View on Thursday, because he is not too popular now, and he was popular in 2008 when he was on that show last, so certainly viewers who don't have jobs and commercials for cleaning products are the magic he needs to get back that '08 touch. According to Barbara Walters, THIS IS HISTORY, as no sitting president has wasted his time on daytime television before.

President Obama will then go and win $11,600 on Plinko on The Price Is Right, kill Lisa Grimaldi on As the World Turns, and navigate the legal process of suing Arizona for its discriminatory anti-illegal-immigration law on Dora the Explorer.

Barbara Walters, creator/executive producer and co-host of The View will -- in honor of this rare occasion -- make an exclusive in-studio appearance to mark this historic hour. Ms. Walters underwent heart valve replacement surgery in May. Earlier this month she chatted about her recovery with pals Whoopi, Joy, Elisabeth and Sherri live via Skype®. It was her first nationally televised appearance since undergoing surgery.

Cool! That is even more important! Thanks, press release!

“We are so pleased and honored that President Obama will be a guest on The View. The President last appeared on the program in March 2008 while he was still a Senator -- and First Lady Michelle Obama was a featured guest co-host in June 2008. This shows that both the President and First Lady feel that our show is an influential and important source of information and news."

And of course, Ms. Important News Source, this is how you end a press release:

What would you like to see the President discuss with the co-hosts?