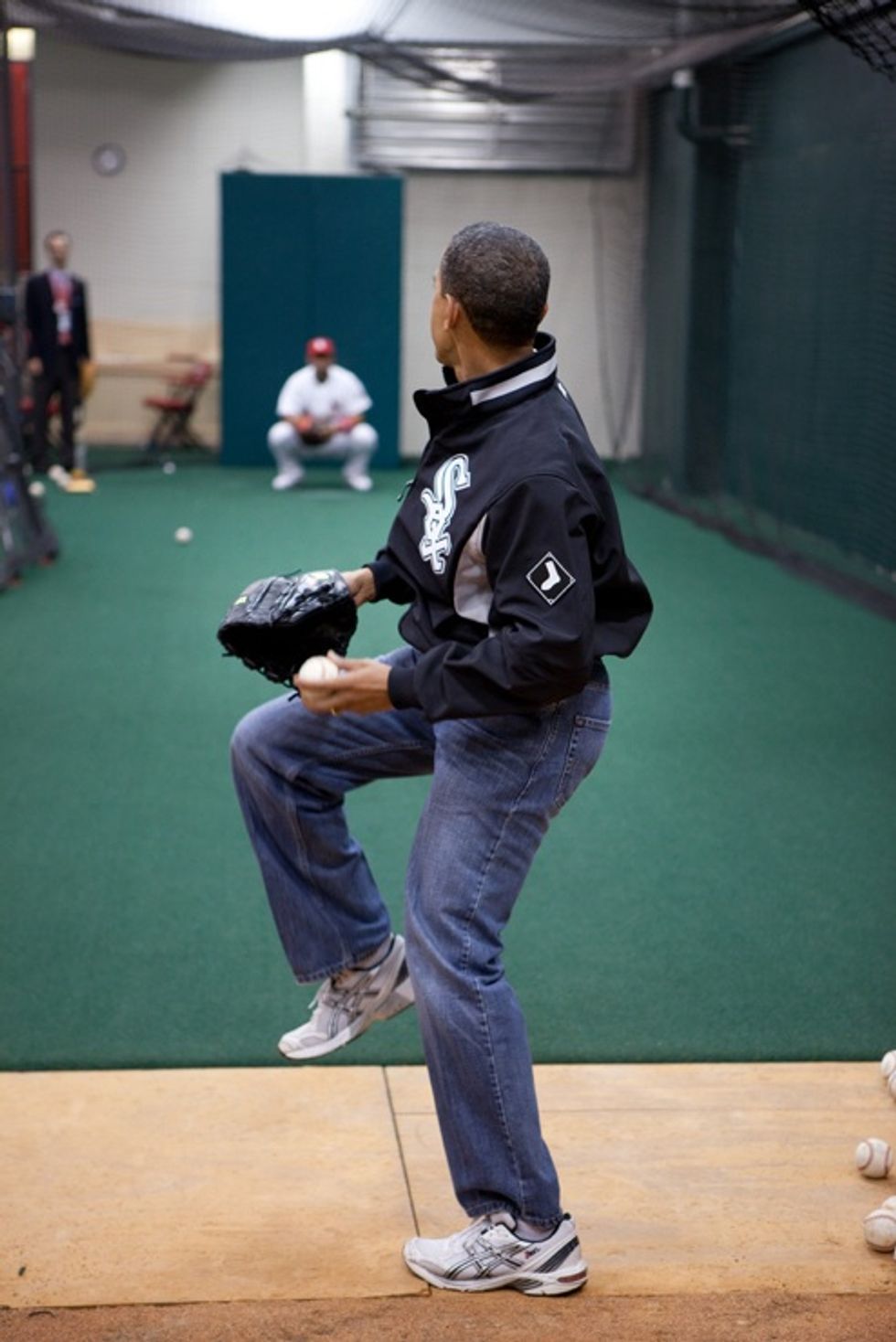 It used to be that every time you turned on the sports, President Obama would be there, talking about how much he likes the sports. It was all very confusing! Like, you would be watching a baseball game, and all of a sudden the president was in the booth talking about this baseball game, and all you could think was, "That's nice, but don't you have something more presidenty to do?" But the sports have kicked the president out of them, apparently, because Barack Obama is now forced to appear on shows even farther down the teevee dial. Yes, the leader of the free world isgoing to be on that MythBusters show you sometimes watch when you are stoned.

“Did Greek scientist and polymath Archimedes set fire to an invading Roman fleet using only mirrors and the reflected rays of the sun?” a press release for the show asks. “Will Adam and Jamie be able to pull this off, or will they have to report back to the president that they failed?”

Producers of the television series are not saying exactly how Mr. Obama will help prove — or disprove — that myth. But the first presidential appearance is intended to help spur interest in math and science as part of the White House effort to increase American competitiveness in those subjects.

This man has a kabillion tons of death machines at his disposal. He does not have to play with a magnifying glass and the ants on the ground. And how will his appearing on this show make kids interested in math and science? Is Obama going to reach through the teevee screen and take away their Justin Bieber posters and hand out engineering scholarships? This is all very strange. The president is appearing on a channel from the same cable conglomerate that will air Sarah Palin's teevee show. And he can't even get a full series from them!

Is it because Congress won't pass anything for him to sign? Is that why he just shows up on crap like this all the time? Can he actually be sitting around bored at that job? [NYT]