'Pro-Life' Mike Huckabee Sure Liked The Idea Of Killing AIDS Patients In The '90s! 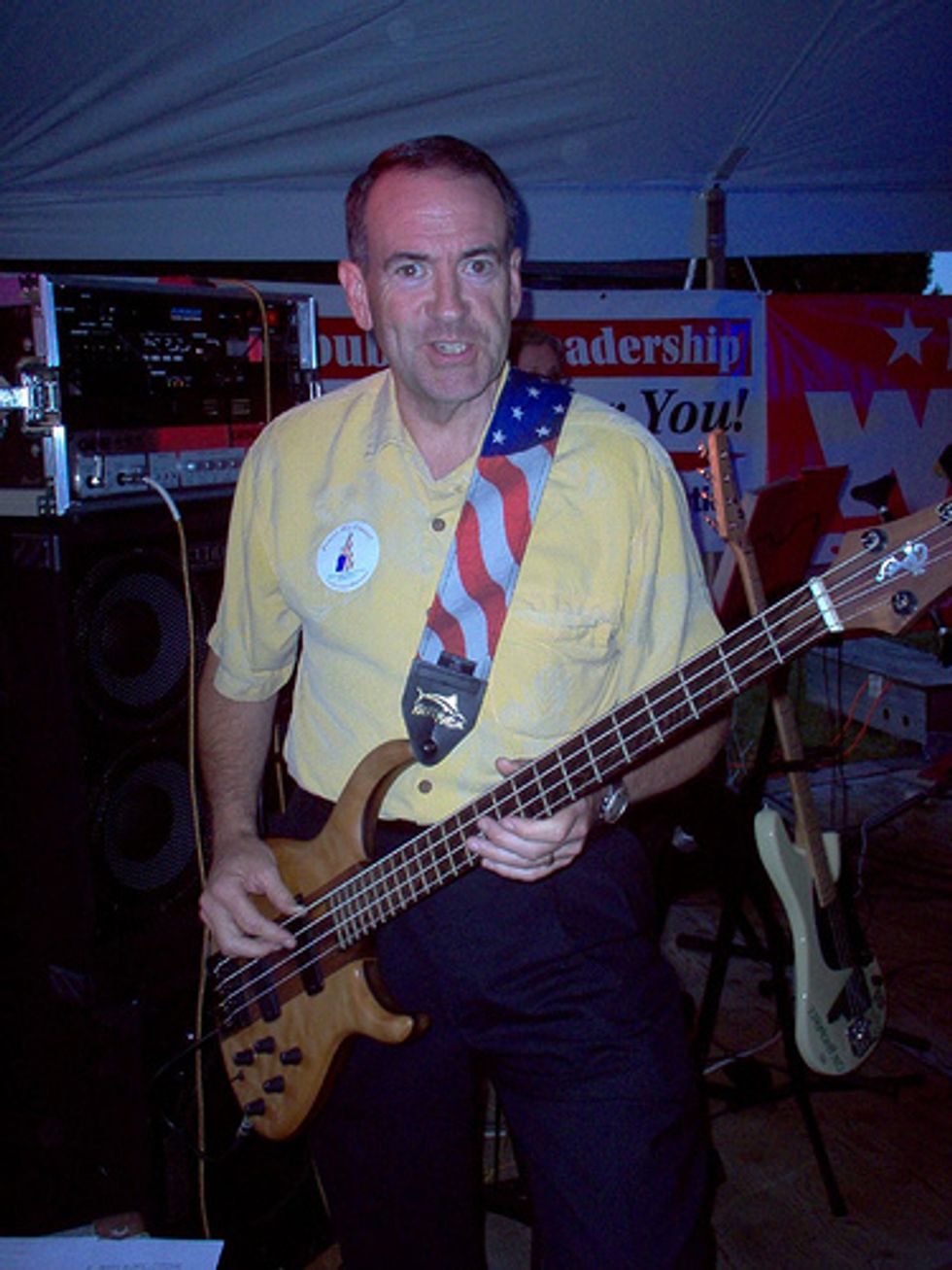 Disclaimer: We all did dumb things in the 1990s. We wore Girbaud clothing, we carried our backpacks over one shoulder even when they held 50 pounds worth of books, we got "skater cuts," and so on. And some of us got REAL DUMB in the '90s, like Mike Huckabee, who, during his failed 1992 Senate run, thought it would be just great if we gave the death penalty to people who gave people AIDS, and also believed that AIDS patients in general should be quarantined. According to an article from the Arkansas Democrat-Gazette, Huckabee's "crime plan" said that "the death penalty should be required for people who try to kill law enforcement officers, terrorists, major drug dealers and anyone who transmits a deadly virus, such as AIDS." Huckabee added that "[t]he person put to death will never again take the life of an American citizen."

So, wow! To be fair, AIDS was a likely death sentence in 1992, so for a person like Huckabee, who is SO PRO-LIFE that he killed more Arkansans with the death penalty than any other governor in the history of Arkansas, it probably made sense to advocate for that. But the drug dealer thing is pretty neat, huh? We guess that Baptist pastor Huckabee was into an Old Testament-style system of crime and punishment. Death for everyone!

In fact, Mother Jones delves a bit into just who Huckabee was during that long-shot campaign against Democrat Dale Bumpers:

The gay agenda, he believed, was influencing and restricting the nation's response to the AIDS crisis. He endorsed quarantining AIDS patients from the rest of society—a radical view even among conservatives at the time—while arguing that the severity of the epidemic had been exaggerated because gay people wielded so much political clout. The federal government should spend less money on AIDS, he insisted, and more on diseases that the afflicted had not brought on themselves, such as cancer.

He also reportedly said that the people who were all concerned about AIDS should be the ones spending money on finding a cure and caring for patients -- like Elizabeth Taylor, who should just "take one of the rings off her finger and sell it." He then asked, "Why should she make me take money from my children’s future, and take it right off my table when she needs to cough up some of her own coin for that?" That's right! Let Traditional Values people like Huckabee's family pay for Traditional Values diseases like cancer, and let the fag-lovers pay for all the AIDS! Ryan White had died from AIDS two years earlier, in 1990, after a blood transfusion. Blame Liz Taylor, God rest her bejeweled soul.

So, 1992 Mike Huckabee seems nice. Now as we said before, we all did dumb things in the '90s and maybe Huckabee doesn't believe those things anymore! We'd like to believe he doesn't, because 2015 Huckabee is quite gross and creepy enough, thank you very much.

But somebody sure should ask him about all that old stuff, oh wait, Buzzfeed did and the campaign didn't respond, so fuck him.