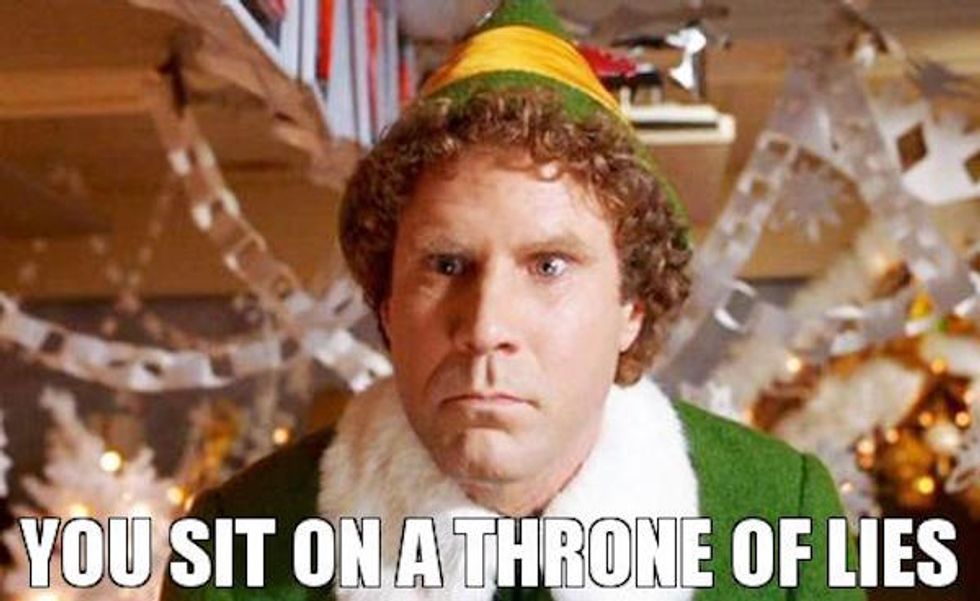 Look. We know that the very essence of the anti-choice movement is based on just stone cold lying to women, legislatures, courts, whatever. From telling people that AIDS can get through condoms to informing abortion-having sluts that they'll probably try to off themselves after their 'bortion to screwing with women and saying that abortions give you breast cancer, those people pretty much do nothing but lie all day long.

We have to say, though, that this zealot from Northern Virginia has really set a new and extremely high bar for complete mendaciousness (what? we had to find a synonym for "lying" because these people lie so much) with her latest trick: buying an actual abortion clinic in order to trick women to going to those godawful crisis pregnancy centers instead.

Now, this isn't one of those cases where a CPC set up right on top of an actual abortion clinic with actual medical personnel, although it started out this way, with these sleazeballs putting the deceptively named "AAA Women for Choice" right next to abortion provider Amethyst Health Center for Women and just hope that women ended up in their completely fact-free "clinic" instead of going somewhere where they would get a legal, highly regulated medical procedure. No, this is a situation where the CPC owner lady, Pat Lohman, actually straight up purchased an abortion clinic from a provider who retired and then redirected everything to their creepy CPC.

[The retired provider] never met the new owners, only the lawyers who said they represented a group of medical office investors. The investors also bought a dialysis office in the same, unremarkable medical office park, they told her.

Just five minutes after signing the final papers at closing, the doctor called her office to check her messages.

Whoever bought her practice had the phones forwarded to the pregnancy center within minutes of the sale, before the lawyers even had a chance to close their briefcases.

Yes, you read that right. The phone number for Amethyst now belongs to the CPC and, since they've also made sure that there are still Google ads advertising Amethyst, women that think they're calling the abortion clinic are actually calling this shithole. Does it get worse than that? Haha of course it does.

When women call, they are asked “lots of intimate, personal, medical questions,” she said. And because the center isn’t a real health-care provider, “none of that [information] is confidential.”

NARAL workers made calls to the center, and in the recordings you hear the counselors answer the phone and simply explain that “we’re taking calls for them” when the caller asks for Amethyst. And then there is a long dance to get the woman to come in for a counseling session.

And, of course, if you do come in, you get the usual round of lies and bullying designed to get you to save the precious babby. Oh, and you also get a dose of completely nonexistent ethics as regards actually, you know, caring about the health of women and girls.

“We had an 11-year-old girl come in with her parents. They thought she was pregnant,” [CPC owner] Lohman said. “Turns out she wasn’t. But we gave them all the information.”

Did they consider reporting a sexually active 11-year-old to authorities?

Yeah, wouldn't want to follow even the most rudimentary of guidelines about children's safety, now would we? You know, we'd ask how these people sleep at night, but we know the answer: on a well-cushioned throne of lies.