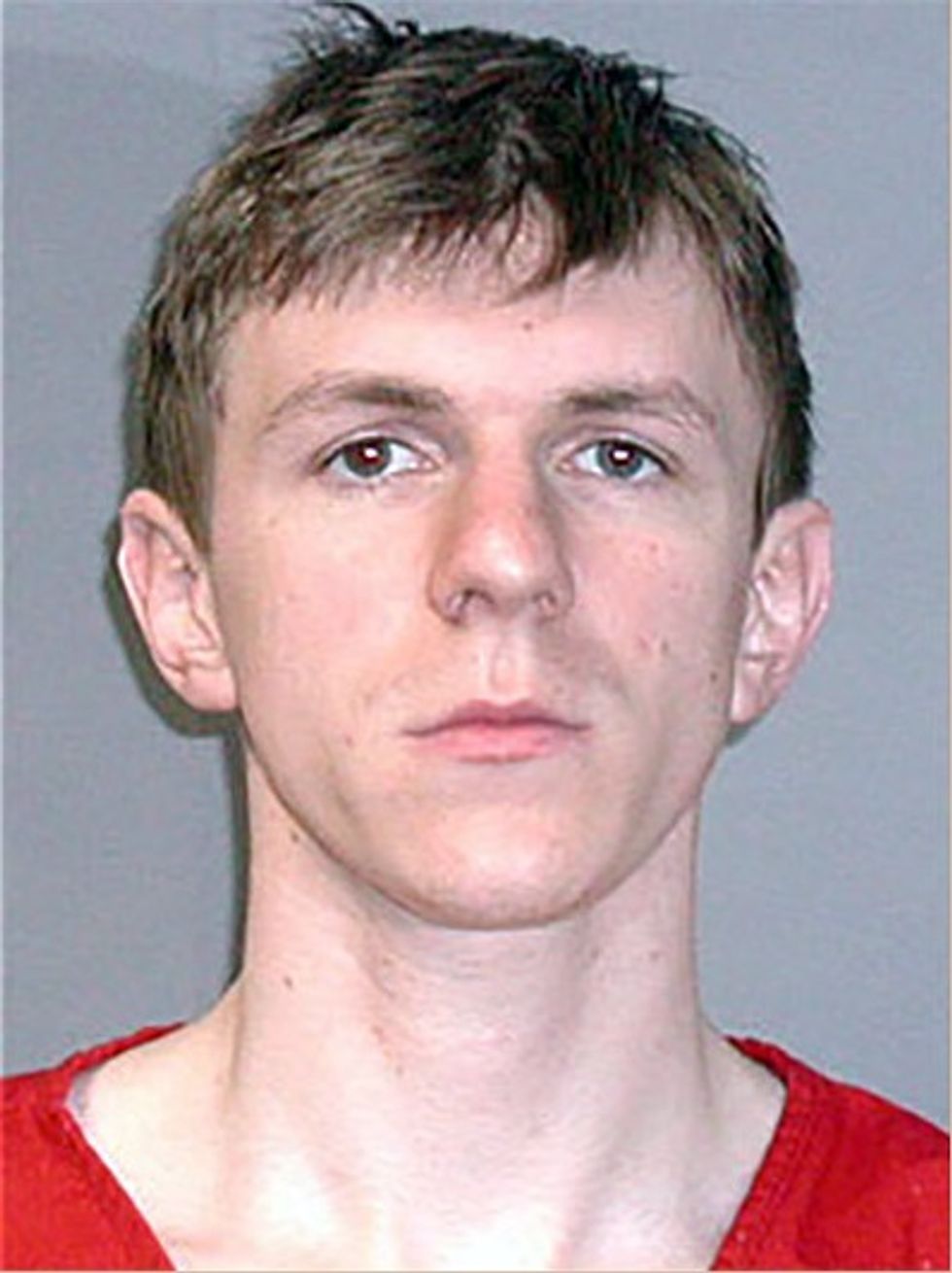 Why would you use evidence from a guy with his own mug shot?

The government's attempt to prosecute protesters who just ruined Donald Trump's big beautiful biggest inauguration ever hit another snag yesterday as a federal judge dismissed conspiracy charges against another seven protesters. DC Superior Court Judge Robert E. Morin threw out the charges because prosecutors had tried to use a video made by fake investigative reporter James O'Keefe's "Project Veritas" (Latin for "inadmissibly bad") as evidence, but had not given defense attorneys access to other video and audio recordings containing exculpatory evidence. The video, showing a meeting of "DisruptJ20" protest leaders talking about tactics, was supposed to support the already-dubious assertion that anyone who marched with J20 was part of a conspiracy to riot. But Judge Morin wasn't having any of it:

Assistant U.S. Attorney Jennifer Kerkhoff had repeatedly told the court and defense attorneys that her office possessed a single video of a protest-planning meeting, secretly recorded by a conservative group that had infiltrated the meeting. But on Wednesday, the U.S. Attorney’s Office acknowledged in an email to defense attorneys that 69 such undercover videos or audio recordings existed [...]

“It was intentional. Your office represented there was only one video,” Morin said. “The government has not offered any explanation as to why they did not inform the court of these additional videos.”

Ha ha! 69! Obviously, under international human rights law, no defense attorney could be forced to watch that much Projectile Vomit video. Also, withholding the additional evidence from the defense violated the Brady Rule, a very basic part of the pretrial discovery process, so Morin dismissed the charges of conspiracy to riot "with prejudice." That means the charges can't be brought again, and is also how all O'Keefe's videos are made. Morin dismissed the plain old rioting charges, too, although those charges were dropped "without prejudice," so the protesters could conceivably be charged again if prosecutors want to lose their cases one more time.

It was yet another blow for the government attempt to hold responsible more than 200 protesters who were scooped up by riot police for the actions of a few demonstrators who broke away from the largely peaceful march, breaking windows, burning a limo, and forcing Donald Trump to read a speech out of a bad dystopian science fiction movie. Charges against 129 protesters were already dropped, and the first trial of six demonstrators ended in acquittals last year when jurors said the prosecution hadn't proved anyone in the courtroom was actually shown in low-resolution videos (not taken by Project VeggieTales) of the vandalism. Federal prosecutors agreed they would not even try to use Project Fonebone videos in the prosecution of the 52 remaining defendants whose cases are still pending.

The video is still being used in at least one separate case against protesters, although even there it's not going uncontested. In that case,

Superior Court Judge Kimberley Knowles ordered that the defense be permitted to meet with the person from Project Veritas, referred to in court only as Matt, who shot the video.

During that Memorial Day meeting, defense attorneys said in court, Matt said that as many as eight Project Veritas informants attended various protest-planning meetings before the inauguration and made additional recordings. Knowles denied a defense request in that case to dismiss charges but said the government had been “negligent” in not revealing the other recordings to the defense.

Jury deliberations in that case will continue today; if any of the defendants are found guilty, their attorneys are already planning to appeal on the basis of what they believe are violations of the Brady Rule. The defense attorneys' closing arguments have mostly focused on the same problem that led to acquittals at the first trial, insisting that the video evidence from the demonstrations is insufficient to identify annyone accurately, since they're all wearing mostly similar outfits. Just wearing black is apparently not proof beyond a reasonable doubt.

And in what has to be one of the more laughable lines we've ever heard from a prosecutor, after first arguing that the defendants were "hiding behind the First Amendment" (!), Ms. Kerkhoff told jurors they wouldn't really need to worry about that reasonable doubt stuff either. Judge Knowles shut down that nonsense fast:

Kerkhoff: The defense has talked to you a little bit about reasonable doubt. You're going to get an instruction from the Judge. And you can tell it's clearly written by a bunch of lawyers. It doesn't mean a whole lot. But look at the last line.

The Court: I know she didn't mean to say what she just said. But --

Kerkhoff: It means a lot.

The Court: Ms. Kerkhoff did not mean to trivialize any portion of it, and it's just as important that you understand --

Kerkhoff: It's an important instruction.

Don’t take for granted that the institutions you love will always be there, like democracy, due process, and Wonkette. Click to save at least one of them!