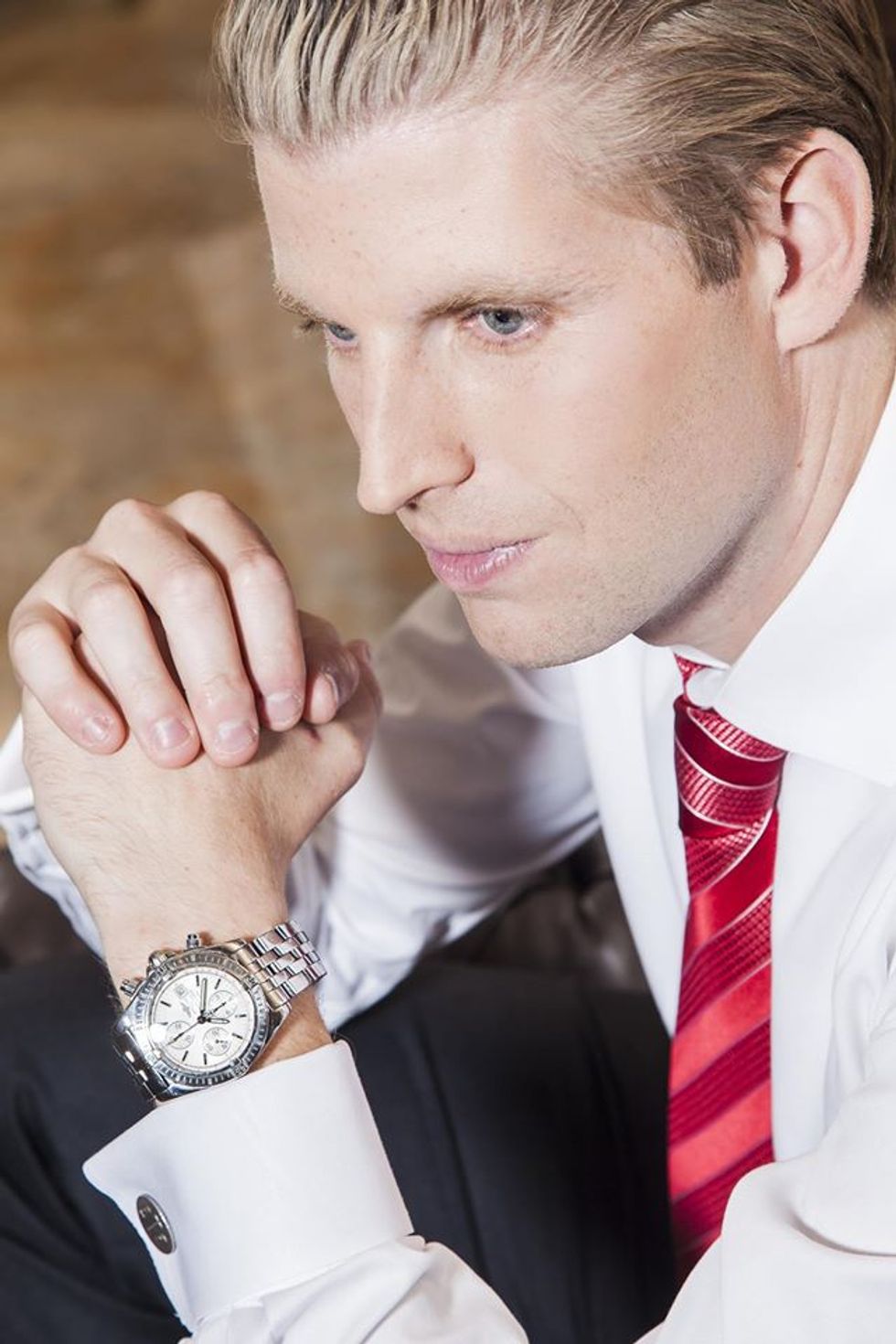 [contextly_sidebar id="l4OHgVwAK3IdkqgnQajaxQh9H6FaU5oY"]Donald Trump is bad. Donald Trump is racist and stupid and piggish and thuggish and rude and sexist and disgusting and, according to certain people, his penis is tiny and looks like a severed lobster claw. He would be a terrible president. His followers are the worst Americans in all of America, and they make Hitler salutes. They suck. Trump sucks.

All of that being said, you should NOT under any circumstances scare his creepy son Eric Trump's creepy slicked-back hair wig right off his head by sending him an envelope filled with a mysterious powder that turns out, upon further inspection (and adding of water) to be Country Time Lemonade powder, available for purchase at your nearest lemonade procurement establishment or trading post.

Somebody did that! It may not have been Country Time. It could have been Wyler's or (GASP!) store brand.

[contextly_sidebar id="ntY6Ef4Lvktg7NWzxUOvE3JNJXKwV0JS"]The perpetrator included a note, with some kinda threats in it, demanding Trump The Older drop out of the presidential race. Whoever did this, you are just as bad as Donald Trump, and also worse, because Trump has never done attempted mail terrorism, unless you count all the times he's sent creeper articles about Megyn Kelly TO Megyn Kelly.

The NYPD reports with a sigh of relief that nobody was injured in this act of radical citrus-y terrorism, and that's good. We wouldn't want Eric Trump to comically slip on some lemonade powder and fall down the stairs in his mansion, only to impale his grease body on the tusks of one of the exotic animals he murdered. That would make a mess!

[contextly_sidebar id="nIlPUHJKuUfU0inD3BSQY9GSdm0rnYr6"]CNN says "similar incidents" have also happened at the offices of Ted Cruz and Marco Rubio. Wonkette must warn that you also should not mail lemonade bombs to either of those men. If Cruz gets his hands on it, he'll swirl it around in his mouth without water and before you know it, he'll have another crunchy shitbooger on his lip on live television.

[contextly_sidebar id="QAT6YkoQuM0Ybt1A41DlEviEkHFeQUW2"]Marco Rubio is not even running for president, and even when he was, he wasn't, not really. Anyway, don't send him the bad mail. Allow him to do absolutely nothing with the rest of his life without being bothered.

If you would like to send Trump or his children (or Cruz or Rubio) Good Mail that doesn't contain threats, we suppose that is OK. May we suggest a pair of panties with teeth? Whether you bedazzle the ass part of the panties with jewels that spell "Make America Great Again" is your own business. You could also send them Joe Biden coffee cups or Hillary Clinton T-shirts, they might like those. BUT NO LEMONADE!

These would look great on Donald Trump's dusty crotch.

We are glad we had this discussion, now go with God.