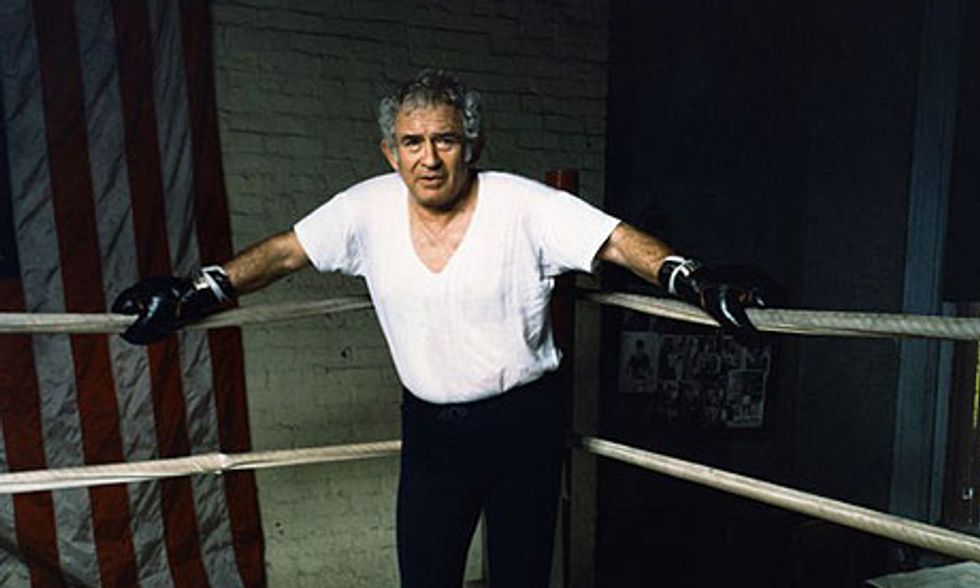 First up this morning! Gawker's fucking marvelous epistolary duel between Tom Scocca and some dick from some Canadian "news" "paper." Some Gawker commenters seem to think it is Tom Scocca who comes across poorly here. They are incorrect. A newpaper that claims an exclusive, when in fact someone else broke the story, is committing what we in "journalism" call "go fuck yourself." But then dude from newspaper is all like, oh, well perhaps we didn't have an exclusive per se, but we were working on the story first, so that should be what counts, because you do not have libel laws in US Amercia. There is dick-swinging! There are moved goalposts! There is whinging, and manliness, simultaneously! And it brings to mind our favorite Gore Vidal story, when, after being punched to the ground by a particular literary macho, he said, presumably while holding his jaw, "Once again words fail Norman Mailer."

Then there is this tl;dr Buzzfeed thing about Afros, but it sure is full of pretty pictures! We love Afros! If we were queen of the world, we would have all the black ladies wear them! But then our friend AngryBlackLady told us that in fact that they get super-flat where you sleep on them and are a fucked-up pain in the ass, and we had to rethink making all the black ladies do anything :(

Here are some male novelist jokes. Norman Mailer had a fight with the sea, probably.

Why is this two-year-old obit of a WWII Joan of Arc, Nancy Wake, flying around the Internet today? We do not know, as it is two years old. But this caught the eye of Monika Bauerlein, and therefore of us:

"At one stage they had me cooking eggs and bacon to feed the men. For goodness' sake, did the Allies parachute me into France to fry eggs and bacon for the men? There wasn't an egg to be had for love nor money. Even if there had been why would I be frying it? I had men to do that sort of thing."