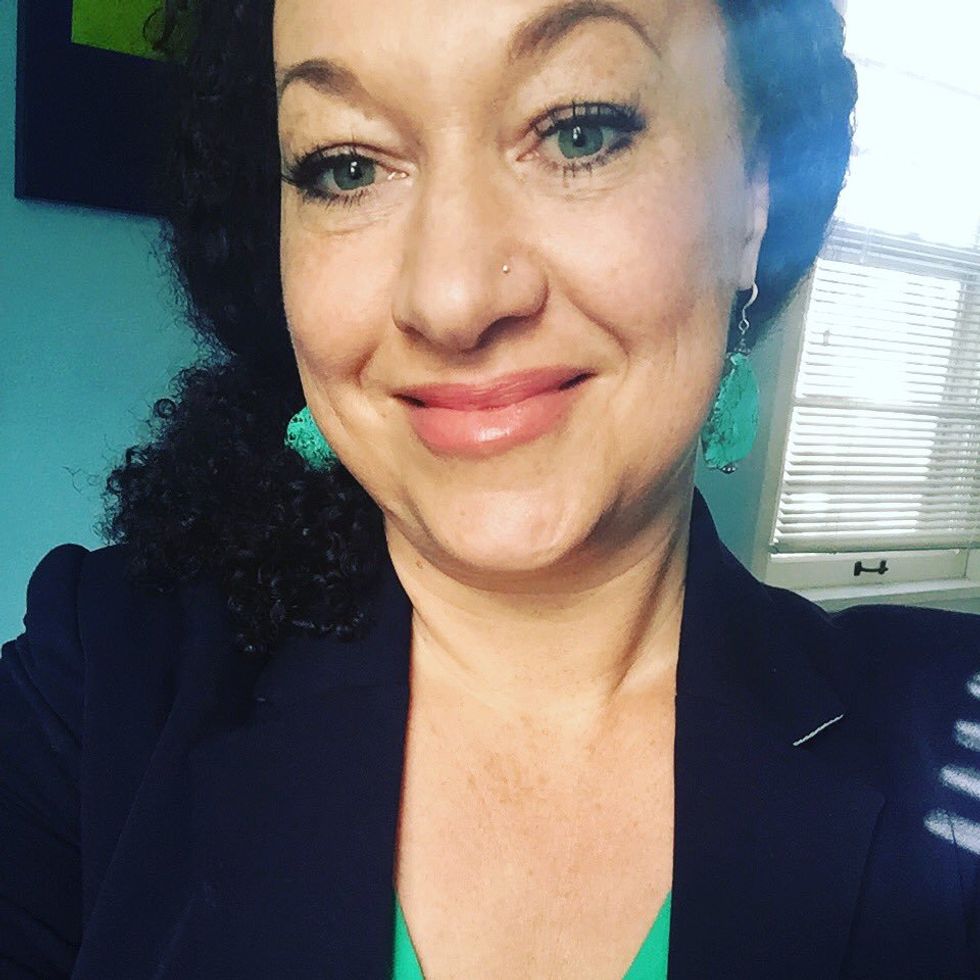 Rachel Dolezal, who has for almost 20 years worked the inexplicable long con of pretending to be black, has now taken her deranged performance art to its apex and gotten herself charged with welfare fraud.

Dolezal, who legally changed her name to Nkechi Diallo in 2016, is accused of stealing $8,847 in food and child care assistance dating back to August 2015, according to court documents obtained by KHQ-TV. She is charged as “Nkechi Diallo also known as Rachel A. Dolezal” with first-degree theft by welfare fraud, second-degree perjury and false verification for public assistance.

Conclusive evidence that Ms. Ridiculous African Fake Name isn't black is that these charges don't trigger my racial sense of shame, like when Ben Carson ripped off taxpayers or like Kanye does daily ever since marrying a Kardashian.

Dolezal never realized that when she was "posing" as black, she was actually doing the whitest thing possible, which is rolling up to a joint and claiming you own it. Dolezal colonized blackness and planted a flag of flowing white-girl dreds. Yet she's in actuality so white, NFL players are required to stand in her presence.

She was president of the Spokane chapter of the NAACP for a whole year without being challenged while actual black women can't even get plastic utensils at Waffle House. Yet white people, especially conservatives, defended her, usually while insulting transgender women in the process. That's white. She's even the subject of a Netflix documentary where she speaks in nothing but self-help platitudes, which is hella white.

But let's return to Dolezal's legal peril. After resigning as Head of the National Organization of Something She's Not, she had trouble finding work and claimed her sole source of income was around $500 a month in child support.

But, a review of Dolezal’s self-employment records, which included bank statements, revealed a less dire situation. In total, between August 2015 and September 2017, Dolezal’s bank statements showed she had deposited nearly $84,000, documents said. Investigators believe the money came from her book, speaking engagements and selling art, soaps and handmade dolls.

In 2017, Dolezal reported a “change of circumstance,” citing a “one-time job” for “speaking and voice overs” she did in October that earned her $20,000, according to documents.

Documents show Dolezal was made aware that she would be criminally prosecuted if she “willfully” made a false statement or failed to report things.

Dolezal should've expected this given the government's crackdown on the lucrative "handmade dolls" market. Uncle Sam wants his "taste" of that ginger-wasabi-scented soap Dolezal likely sold at local farmer's markets for $40 a bar. Fake Sister's up a creek. Remember Marissa Alexander? She originally got 20 years for firing a warning shot (i.e. one that didn't actually hit anyone) at her abusive husband. Justice is tough for black women. However, remember Betty Shelby? She's the white police officer who fired a not-so-much-a-warning shot at Terence Crutcher that killed him. She was acquitted of all charges but later resigned from the police force because she didn't like sitting behind a desk.

It's clear now that Dolezal's best option is to hand in her dreds and plead "white," so she can possibly get this all knocked down to "tears served."