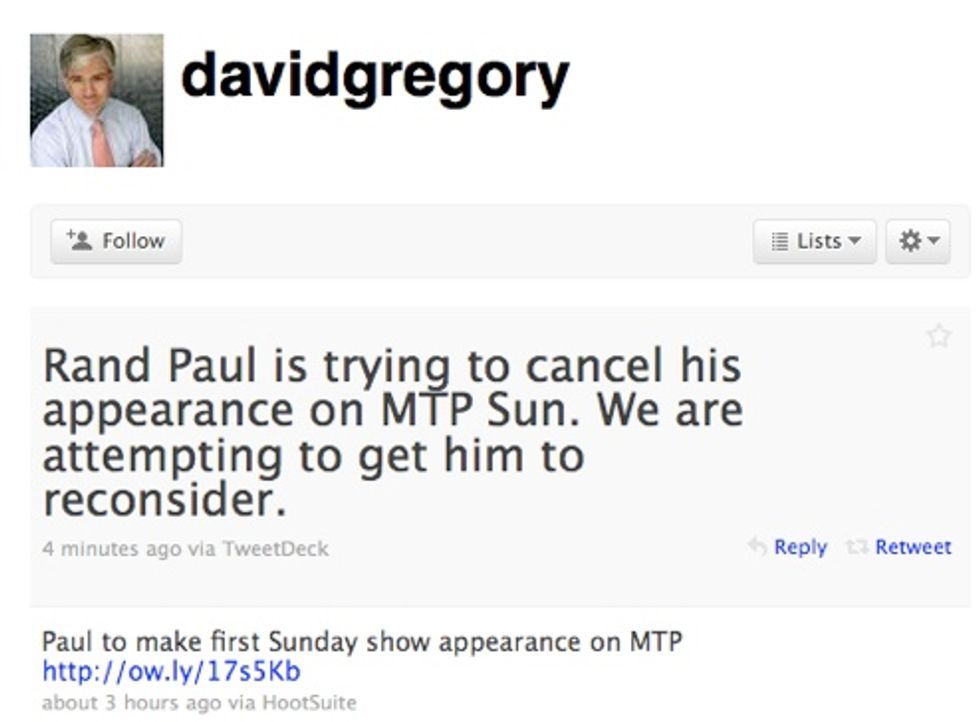 David Gregory is a professional cocktail-hour name-dropping titty child who only got into television so he could meet and dance with and suck up to famous people -- mostly "dance with." So this is a good move by Rand Paul, if he's trying to bargain with David Gregory, who just wants the most famous person of the week on his teevee show and will probably end up allowing that person to write the entire show's vanilla script, if the person demands. Is that too harsh on David Gregory? Fine, Rand Paul's just as big of a pussy. Now it's journalistically objective.UPDATE: Now it's official: Rand Paul will not be on the teevee show that you sleep through, according to Dave Weigel, who lies about everything. [Twitter]