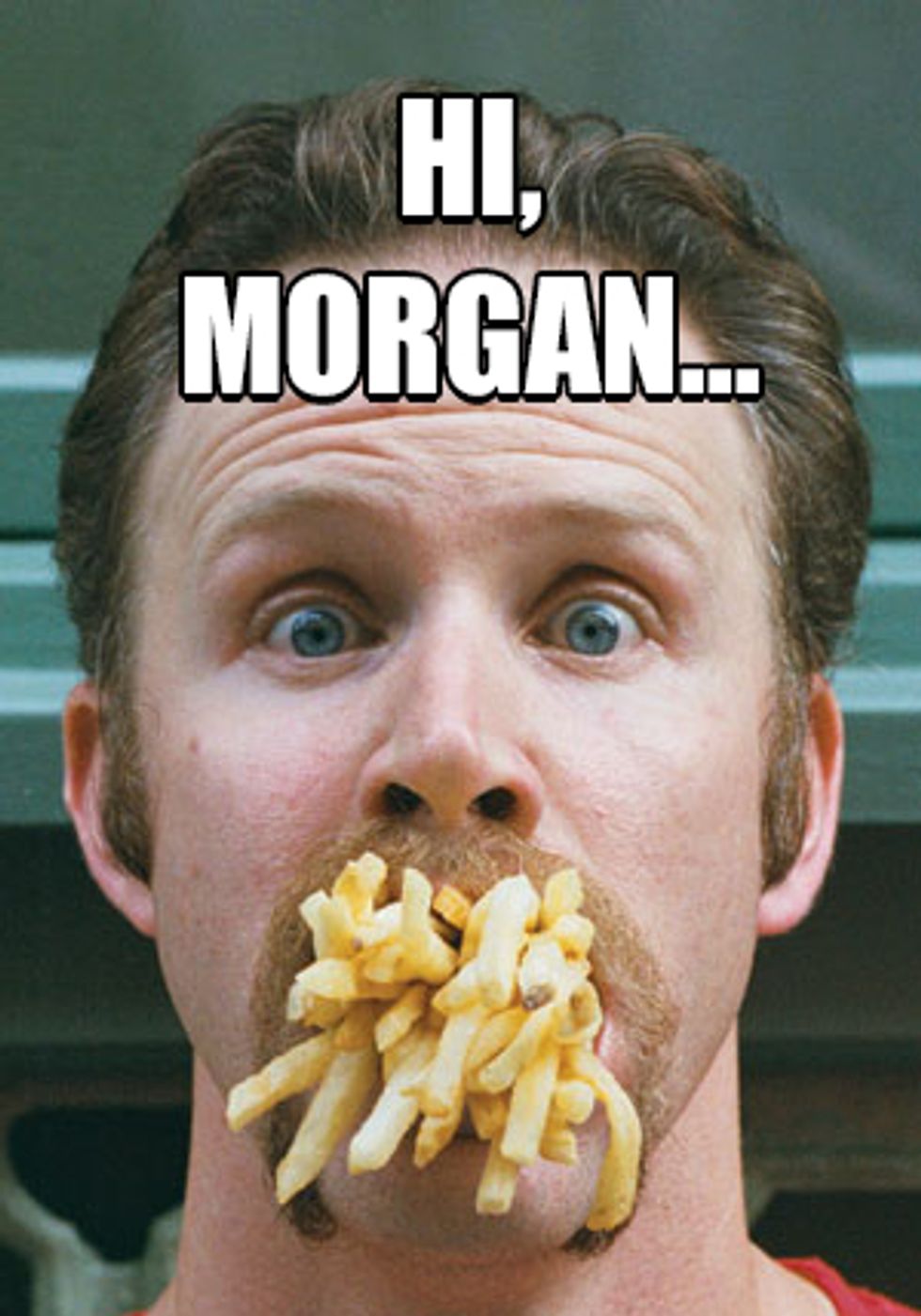 I didn't think you'd mind me addressing you publicly given that we're both the kind of idiots who write books about our inner lives or let cameras follow us into public restrooms. (If I go missing, though, someone please tell the NYPD that my agent needs questioning, because I didn't clear this with her.)

You have the deal for my memoir, which means that the job of translating my story to film -- the story partially about my own sexual harassment and assault in the workplace -- is yours. The story is about more than that, it's about class and low wage work and everything that comes with it, but it is impossible to tell the story of a woman on the economy's edges without telling the story of her sexual exploitation.

So you can see why I was a bit jarred to read your open letter detailing your harassment of women and worse. Then I was sad, because I wasn't at all surprised. Rape month sucks.

I think I told you on our first call that I'd been holding out for the right filmmaker, waiting for someone I thought could make it sing. I picked you because a lot of the book you now represent happened not far from Beckley, where you grew up. It's not outside the realm of possibility that if I gave you a list of names of the male bosses who were so gross to their female staff that the anecdotes merited inclusion in my book, you would at least know one or two of them from around, if not personally. I picked you because you know the context and nuance of my story far more intimately than most anyone in the industry ever could.

I showed up in your world -- the new one, where one might attend a Christmas party and have a cocktail with a major network head -- fresh from the mountains, straight off an overnight shift at a diner. I don't have to tell you anything more, I'm sure, for you to imagine what kind of advantage people tried to take of a young uneducated woman who didn't have enough confidence to do anything but defer to anyone she met, assuming them all impossibly sophisticated. How many men spoke about me like I wasn't in the room, how many of them turned a dinner meeting into drinks and then tried for or simply took more. Even the ones who liked me well enough had a habit of being dismissive, as though I couldn't possibly know or understand what I wanted for myself.

It's not lost on me that I am selling my story of exploitation by men to men who will make money off it, and that I will therefore constantly be reliving those worst moments for the benefit of men who will critique their retelling and then, at least sometimes, add to my collection of anecdotes about being exploited by men.

I knew that when I agreed to the deal with you. I worked in restaurants; I'm used to ranking potential jobs and taking into consideration how bad the manager might be. I know the ropes of this new world now, too. I'd tank my own career and any shot I had of doing good if I refused to work with every dude who's crossed lines. It's unfair for your bad behavior to derail my work, and you and I have discussed what kind of impact this project could have.

But how am I supposed to choose between the things you've just told me -- that you didn't understand that no meant no and that when a girl starts crying and you stop that doesn't mean that you hadn't seconds previously been not-stopping, that you needed the threat of exposure during a massive and far-reaching scandal to understand publicly that you should have been better than this all along -- and the work that I can't get done without you or a man like you? It's hard to credit confessions made under duress.

I really hate that y'all keep making me consider, over and over again, just how many women have to be how hurt by you before I have to say I can't work with you. That I have to make that determination in a vacuum, because I don't know those women. I hate that I have to consider this today just because today was the day you felt like unburdening your soul.

I can't say I thank you. I can't say you're not doing the right thing here.

I picked you to tell my story because I thought you would know intimately the kind of men I'd dealt with in my life. I hadn't realized how intimately. I want you to know, because you said you were ready to listen, how far-reaching your impact has been, that even those of us in early discussions with you are finding our days disrupted and our inner thoughts taken over with these considerations. That we're worried that it's worse than you've said, because it seems it usually is, and that if we guess wrong we'll be giving cover to a man to keep being predatory. That we are reliving instances where other men treated us with as much contempt and wondering whether that is what those women you told us about felt.

I don't know you. I can't imagine today is easy for you. But you chose today, so as someone who has trusted you with my stories of the men you've just admitted to being, and as a woman from these woods in particular, I feel entitled to say the following: Boy, you're damn lucky ain't nobody's daddy found you first. You know and I know that there's plenty around here just plain old sumbitches and ain't nobody perfect, which don't excuse you none. You better hope ain't no women out there that you left out gonna come telling tales now or it'll take years before you're invited back to church, even. It's not okay. Ain't gonna be okay. But at least it was you told everyone. That'll go some way with folks.

After that I got nothin' to say to you 'cause there's some things you don't need words for, and one of them is that feeling when someone's monumentally fucked up. Those times you just look at the sky and consider the stars.