Rapist Brock Turner Has A Mommy, And She Sure Seems Nice 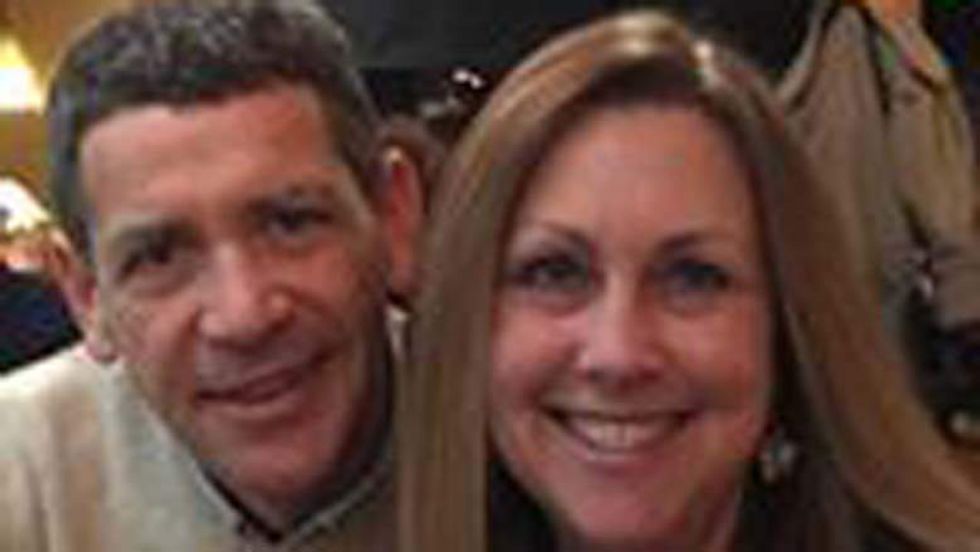 Do you recall earlier in the week, when we learned what a #sad the rapist Brock Turner's dad was having, because his son doesn't get that twinkle in his eye anymore when he's served his favorite beef tips or pasta or what the fuck ever? When we learned how tragic it is that little Brock has to go to jail for six months, when he only raped that unconscious lady for like 20 minutes? Did you want to stick a bag of dicks in that pitiful dad's eye? Did you agree with the Republican congressman who lost his shit on the House floor, because the little fucksqueak only got six months in jail?

[wonkbar]<a href="wonkette.com/602615/did-your-son-rape-a-woman-we-mean-drink-excessively-and-do-promiscuity-to-her"></a>[/wonkbar]Yes, well, time to do it again, because Brock's MOMMY, what's name is Carleen Turner, wrote a letter to the court too. She's worse than Daddy! She has a #sad, and her letter is very long and "poor me" and "I am a bad human," but instead of writing a flowery critique of it, we'd rather just remind her of This One Weird Thing. A thing she seems to be forgetting! (If you'd like to read the whole thing in all its horrible sickening glory, please click here.)

Thank-you for the opportunity to write a letter and introduce you to my son, Brock Turner -- the REAL Brock Allen Turner. I am abundantly proud to call him my son; he is my heart, my soul, and brings me great joy. From the time he was a little boy, Brock has always been very easy-going, kind, considerate, and respectful. He is incredibly goal-oriented, hard-working, dedicated, studious, humble, and somewhat introverted. He quietly performs and achieves while shying away from any attention and recognition. He always had a smile on his face, a shy grin that was so endearing. I use past tense in referring to his smile because since the verdict, he has not smiled. The expression on his face is one of pure pain and anguish. It is heart-breaking.

But now an anguished rapist, :(

He struggled with learning the alphabet and reading in his early days and he was sent to the reading tutor at our school. [...] Even as a youngster, he was setting goals and achieving them. He participated in Cub Scouts during grade school with Dan as his Den leader. The scouts sell popcorn in the fall and after a couple of years, Brock decided he wanted to be the top seller for our region. Dan and I do not take order forms to work if our kids are selling a product -- it’s on them to sell. Brock would go door to door to sell, he even got a 90-year old lady to buy some. She couldn’t eat popcorn but was impressed that Brock took the time to sit with her on her front porch and talk to her. That’s the kind of kid he was-very respectful and polite.

Cub Scout rapist. Popcorn-selling rapist. What a sweetheart, though, for talking to that 90-year-old lady, while also being a rapist.

Our elementary school put on several programs over the years and the big one was the 6th grade musical. Brock’s class did Oliver and he was chosen to play Bill Sykes, the bad guy. His older brother Brent had played Bill Sykes 5 years before and I think that’s why the teacher cast Brock in the role. For Brent it was a bit of type-casting (he was a handful in elementary school), while Brock wouldn’t stop smiling. The teacher said he is supposed to be a mean guy and she could not get Brock to act mean. That’s just him -- a nice guy.

Rapist in the school play! DRAMATIC rapist! Oliver rapist! Rapist who's just too fuckin' sweet to play a villain, bless his rapey heart.

Brock started swimming competitively at the age of 4 on our summer swim team. [...] The 200 yard backstroke ended up being his first Olympic Trial cut at age 16 so he certainly came a long way in 12 years! From early on, he just loved swimming. He took to it naturally and throughout the years, every coach he has ever had has described him as “coachable” which is exactly what a coach wants. He took advice and direction and was always looking to improve. His work ethic at practice was unmatched and he inspired the other kids to try harder. It takes an incredible amount of dedication to swim at the level Brock was at and it always came from him. He put a lot of pressure on himself and had quite a nervous stomach. He vomited before many a race but he always seemed to swim better after throwing up. His coaches used to worry about this but it seemed to work for him.

When he won a race, he always waited for every swimmer to finish and he would shake everyone’s hand. He was never arrogant, cocky, or boastful. Far from it -- as a swimmer he was incredibly humble and gracious.

PATIENT rapist. Just a rapist who's thankful for what the Lord's blessed him with. And rapes women behind dumpsters, when he's not too busy being humble.

Shall we keep going with this? Because we can and we're kinda pissed off. OK one more:

He has a very kind and thoughtful side to him. He always went out of his way to do special things for his girlfriend. Asking a girl to the dances is a big deal around here. For Homecoming senior year, we had a new black lab puppy and [she] just loved the pup. Brock put a sign around Zeke’s neck with “Homecoming?” on it -- that was how he asked her and [she] loved it. However, his ‘prom-posal’ was the talk of their class; Brock knew [she] had big expectations and he was having a tough time coming up with a good way to ask her. She invited him to a Dayton Dragons baseball game (the are a Cincinnati Reds farm team) and he called the Dragons to see if they would put “[Name] will you go to prom with me?” on the Jumbotron scoreboard. They did this and during the 3rd inning, [she] was asked to prom! Brock is also very understanding of his very sentimental and emotional mom.

Did you know he's also a rapist who participated in the Special Olympics? Well, he sure is. Mommy, tell us how this makes you sad, and if you can manage it, continue to not mention your son's victim, not even a single time:

Our lives now exist in 2 phases-prior to the weekend of Jan. 17/18, 2015 and after that weekend. The weekend started out pretty exciting for Dan and I -- we sold the home we raised the kids in after Brock graduated. We need to downsize not only the size of the house but our payment. Having Brock in school across the country meant added expenses so we needed some extra money. We moved into our new home on Jan. 17, 2015. Then we got that fateful call from Brock on Sunday the 18th and our world was been spinning apart ever since. This house now reminds me of the horror of that moment. I have not decorated the house nor have I hung anything on the walls. I am a mom who loves family pictures but I haven’t had the heart to put photos around of our family being happy. How can I? We will never be happy again. Those happy family times are gone forever, replaced by despair, fear, depression, anxiety, doubt, and dread. I don’t think I have been able to take a deep breath since this happened. My first thought upon wakening every morning is “this isn’t real, this can’t be real. Why him? Why HIM? WHY? WHY?” I have cried every single day since Jan. 18.

Oh fucking hell. She also mentions that her "strong and handsome husband" (father of the rapist) never used to cry, but now he cries a lot, and oh, fiddlesticks!

Look, we get that mommies and daddies (and grandparents, because they're apparently just a wreck about all this poppycock that's happened to their golden boy grandson too) have a natural inclination to protect their kids. Absolutely. But, like, um ... your special snowflake brutally raped a person? Like, he actually did that?

You'll pardon us if we have no sympathy for your fucking bellyaching and your goddamned lamentations about how AW NUTS TOUGH! your life is these days.

Also, a note from Yr Friendly Neighborhood Comments Moderator: Please take a moment to review the Rules for Commenting Radicals. They remain in effect even when you're talking about someone as morally bankrupt as Brock Turner and his parents.