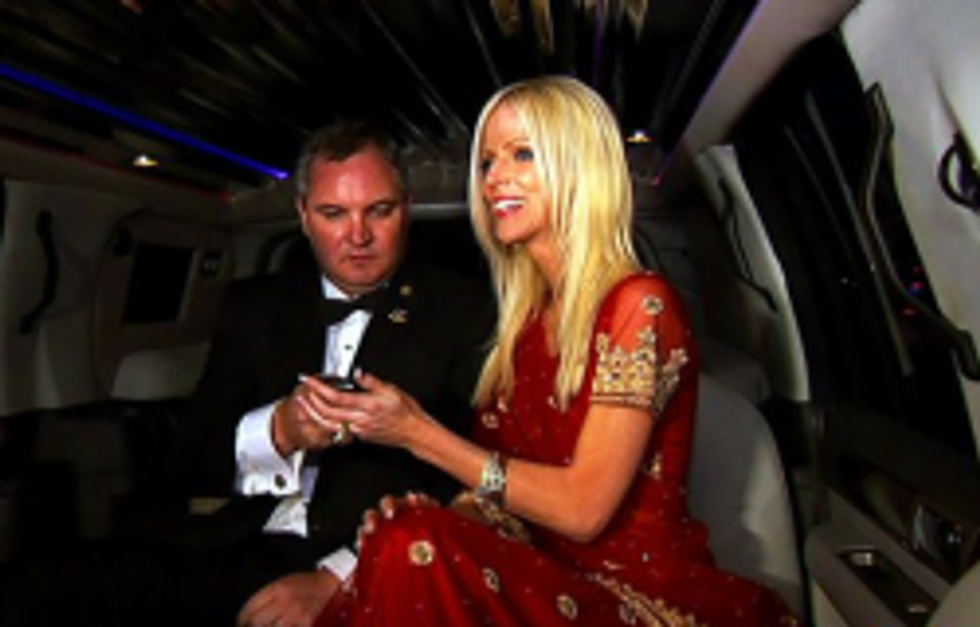 Hahaha, get it? Get it? Because douchey White House party crasher Tareq Salahi's douchey wife disappeared for a while and instead of offering up a prayer of gratitude like a normal person would, he was all OH NOEZ MY WIFE IS BEEN KIDNAPPED, but she was just cold hidin' out and banging some dude from Journey? Good times, good times. Anyhoo, nobody has paid attention to Tareq Salahi formonths now, and that simply will not do! So he is doing what anybody would do when they have an insatiable need for daily hatred from the press and the American public: he is running for governor of Virginia!

The news of Salahi's bid for the governorship comes days after Attorney General Ken Cuccinelli, who is also running for governor as a Republican, filed suit against Salahi for allegedly cheating customers who bought wine tours from his Northern Virginia company.

Because of course he is. Has he ever apologized for getting Desiree Rogers fired? Probably not, right? Why apologize for things -- or for that matter, why not allegedly cheat customers who bought wine tours from you -- when you are an American who manages to sometimes be on television for being among our most enjoyably loathsome? Maybe Donald Trump will run for Virginia governor next! [TimesDispatch]