Reason.tv Shows Its Love for Free Markets and Marijuana 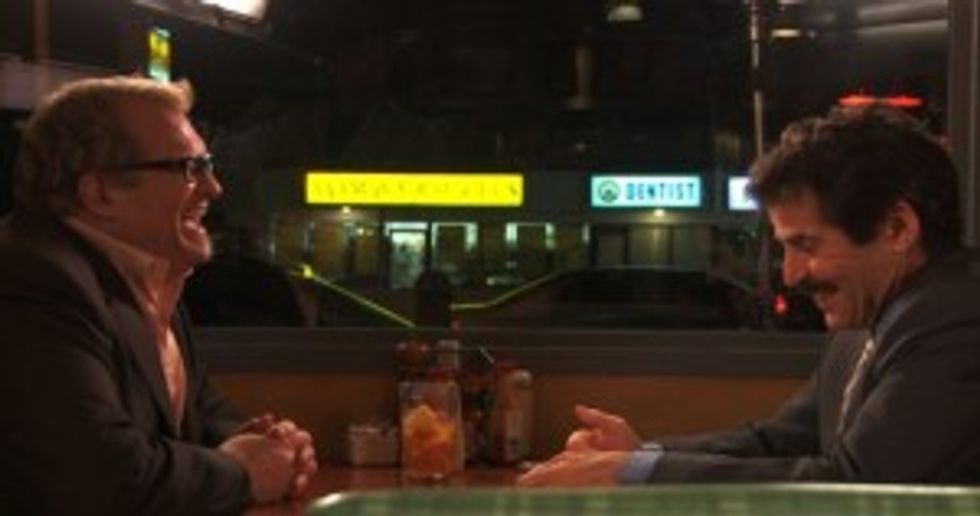 Reason.tv threw itself a party this weekend to watch "Bailouts, Big Spending, & Bull," a 20/20 documentary based on Drew Carey's video collaborations with Reason.tv -- and your Wonkette was invited. It was filled with illegal drugs and piles of cash flung about with abandon, and the party was pretty fun too! Party CRASH! pictures from two of your Wonkabout slaves, after the jump.

Reason held this most recent sausage-fest in its DC office, which is way nicer than any office any of us will ever work in (good to know free markets are working for somebody). The highlight of the evening came early on when your intern discovered that Johnny Walker Red was available at the open bar -- thanks, Reason!

The 20/20 airing was preceded by a videotaped interview of John Stossel's mustache acting as foil to Drew Carey's steadfast refusal to accept the utility of government in any form.

Beyond Stossel throwing dollar bills at the camera and yelling through a megaphone at Capitol Hill, the finer points of the 20/20 documentary were lost to the open bar. Luckily, for those that want to learn why marijuana should be legal and highways should be private, the whole thing is available for viewing here.