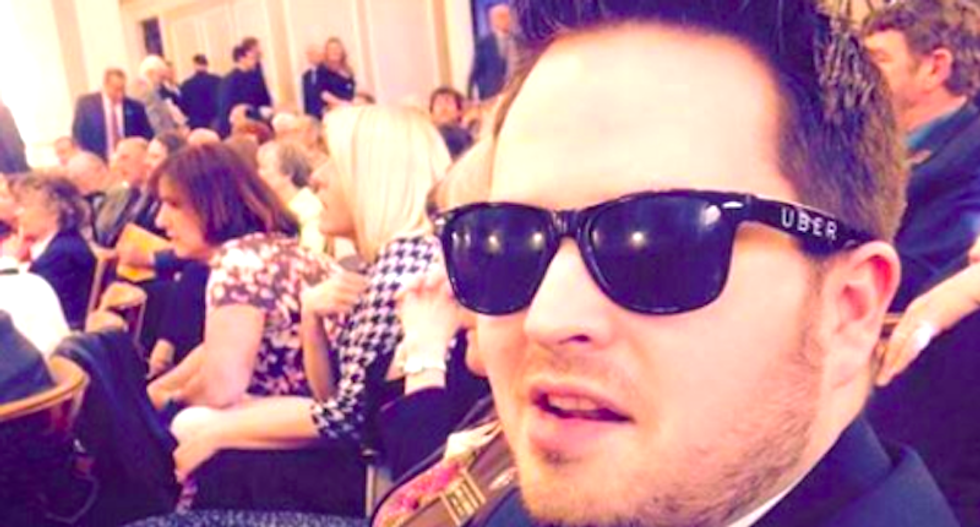 New Hampshire state Rep. Robert Fisher resigned on Wednesday, a mere few hours after a House committee voted to not hold the fact that he created one of the most infamous misogynistic forums on the internet -- The Red Pill subreddit -- against him.

This was not because he suddenly realized that maybe he is not the kind of person who ought to be in charge of anything, but rather because he was about to get investigated for perjury for having sworn under oath that he is no longer involved with The Red Pill. Which is prooooobably not true as The Daily Beast, which initially broke the story of Fisher's unsavory internet past, also recently reported that he is very likely still moderating and posting on the forum under the username redpillschool.

For the unhep, The Red Pill is a forum in which a bunch of guys who hate women bond over their shared beliefs that society is actually structured to benefit women and hurt men, feminism is evil and false rape accusations are incredibly abundant and police officers always believe lying women. In other words, it is batshit crazy.

Though Fisher initially denied the accusations, he later copped to them, and blamed his misogynistic tendencies (like insisting that women have "subhuman" intelligence) and advocacy of men taping women having sex with them to "prevent false rape accusations") on dating having been really hard for him in his twenties. He had a few bad dates, he said, which -- naturally -- prompted him to start an insidious internet forum for talking about how super evil women are. A totally rational response, if there ever was one.

For their parts, exactly no one he worked with was sad to see him go:

“It is unfortunate that the debate surrounding his actions while serving in the House has detracted from the good things that we have accomplished this session,” [House Speaker Shawn] Jasper said. “But I welcome his resignation for the good of the institution and I hope that we can now move forward with our important legislative agenda.”

House Minority Leader Steve Shurtleff, a Democrat from Penacook, said Fisher’s resignation was the result he was hoping for.

“I’m very glad for the House. I’m glad he is no longer a member, based on the comments of The Red Pill,” Shurtleff said.

Given that Fisher clearly does not respond like a normal human person to rejection, it is likely that we can all look forward to the internet forum he will now create about how the real Red Pill is understanding that all elected representatives and journalists are out to get him, personally, for totally unknown reasons even though he is smart and perfect and a really NiceGuy™.