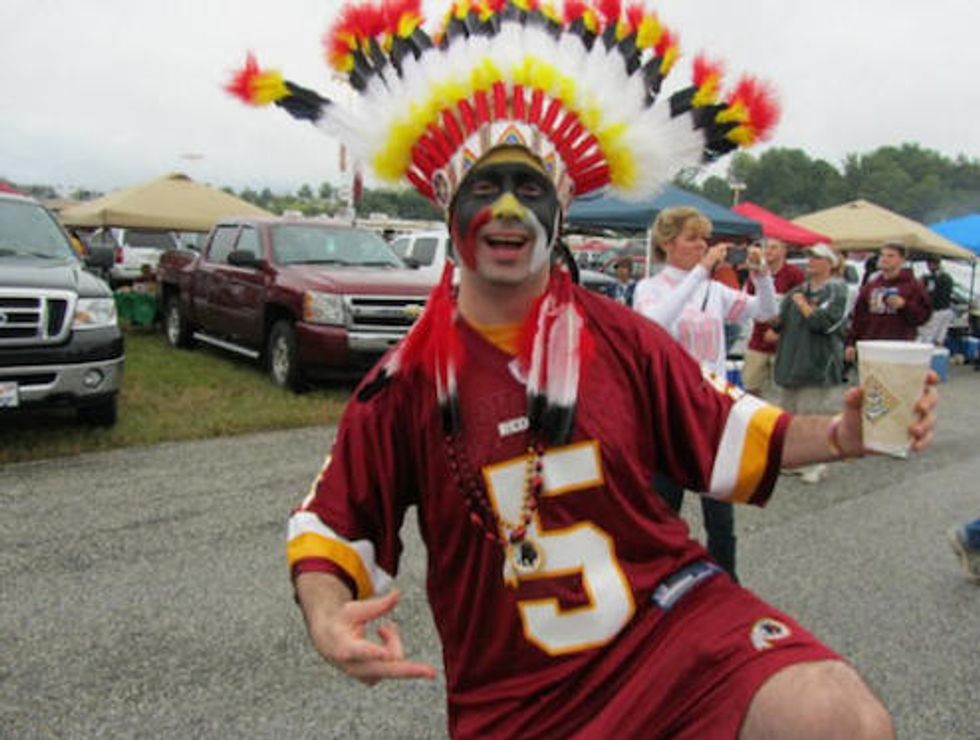 Kerry J. Byrne is out with a Big Think Piece in today's Boston Herald, where discerning individuals always go for their Big Think Pieces. In the article, Byrne considers the possibility that "Redskins" might be a racist name, but concludes that's not possible because the actual Native person depicted in the logo was besties with ol' Billy Penn.

The Native American who inspired the Washington Redskins name and logo was celebrated by our Founding Fathers as a patron saint of America. [...] The face on the Redskins uniform is that of a member of the Lenni-Lenape tribe named Tamanend, or Tammany. He was a confidant of William Penn and symbolized the blend of Old World and New that made the United States possible.

YA BURNT, stoopid libruls, Kerry J. Byrne is droppin' some COLD FOOTBALL FACTS all up on your dome piece. Presumably, smallpox blankets, broken treaties, and the Trail of Tears are other components of "the blend of Old World and New that made the United States possible," but those don't get mentioned because when you're mixing up a delicious blend of cultures, it's best to omit the ingredients that leave a bitter taste in the mouth.