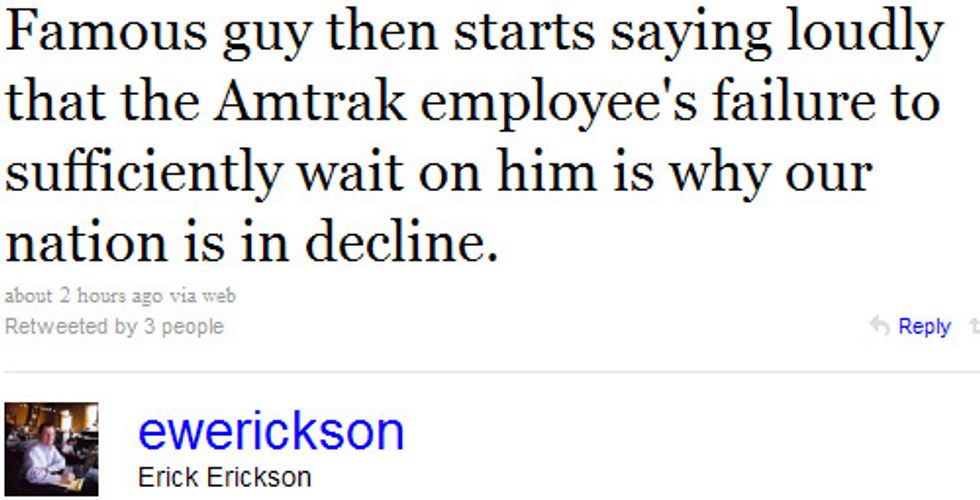 Our nation's leading pundits can always be expected to act like the gentlemen-scholars they are, especially while riding public transportation. That's why CNN fringe-right psychopath Erick "RedState" Erickson has just been twitteringimportant eyewitness accounts of bestselling conventional-wisdom hack Thomas Friedman allegedly being a total asshole to some poor Amtrak employee, who apparently didn't dispose of Friedman's tampon quickly enough.

Oh but Erick Erickson was not done with his virtual shooting of government employees just yet! He would not stop a-twattin' until he named Friedman, by name!

Could we please go back to dueling? Imagine how our nation would thrill to an Erick Erickson-Thomas Friedman pistol duel on the banks of the Hudson ... especially if you told our nation it was actually going to be, we don't know, maybe a lesbian wrestling match between that Lady Gaga and ... some other Lady entertainer from Twitter. Lady Thatcher? [Twitter via Wonkette operative "Brian M."]