Rejoice, Workers! Corporations Got Their Tax Cut, So Prepare To Be Trickled Upon! 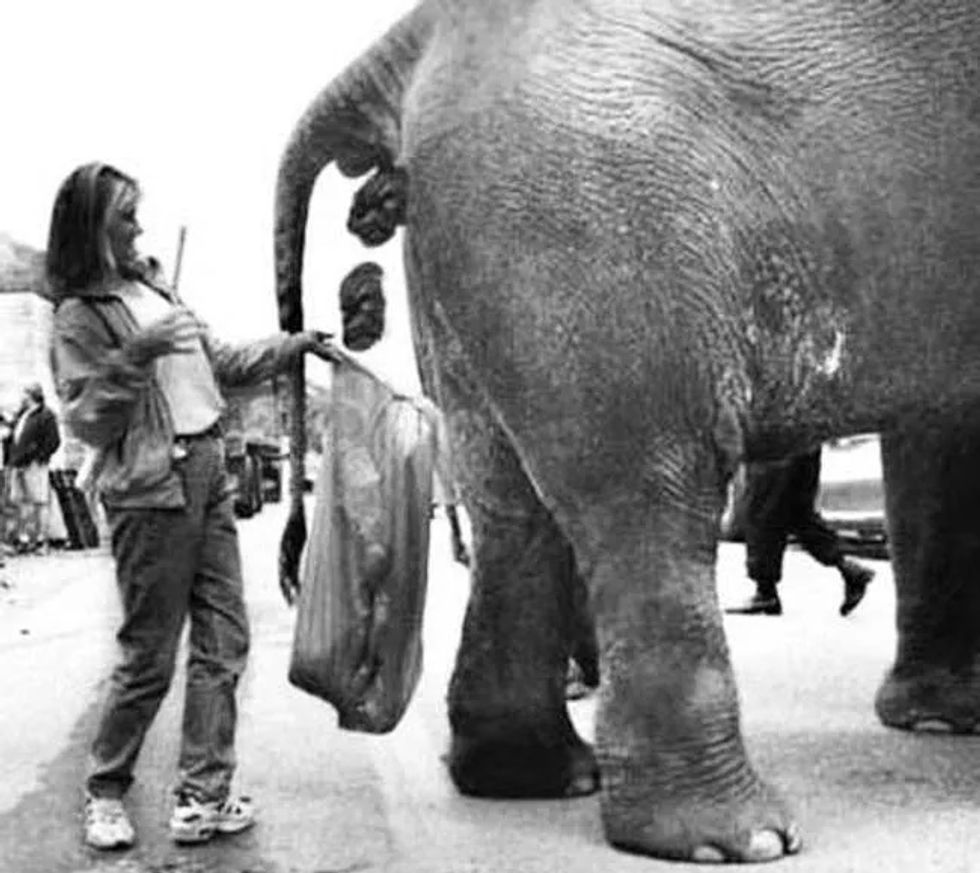 It's a gold mine! You can pick all sorts of nutritious stuff out of there!

Within hours of the final passage of the GOP's big Tax Cuts For Rich Fuckwads bill, a number of great big corporations announced they'd be handing out big bonuses or raising wages, which proves the wisdom of the tax cuts -- everyone's going to be doing just great as the engines of industry ramp up and use their new wealth to hire more people and increase wages! Just look at all the winning!

AT&T announced it would give $1,000 bonuses to over 200,000 union employees, just as soon as Donald Trump signs the bill.

Comcast NBCUniversal said it would give thousand-dollar bonuses to over 100,000 non-executive employees and expand its broadband capacity. Wells Fargo said it would increase basic wages to $15 an hour and give $400 million to charities and community nonprofits. And so on.

It's almost as if this guy always takes credit for stuff he didn't do. Huh!

Hey, remember when Donald Trump got elected and Carrier announced it would "save" a bunch of jobs in Indiana, but then it turned out that Carrier had already planned to keep those jobs anyway, and the whole thing was a big scam? Or how Trump took credit for "saving" a Ford plant that wasn't going to move to Mexico anyway?

For instance, AT&T had already agreed to give out some $1000 lump-sum payments of back wages and wage hikes after a strike earlier this year. The company says the bonuses announced yesterday are over and above that labor settlement, so some employees will get TWO thousand-dollar payouts. Once. And the tax cut, combined with the FCC's decision to end net neutrality, is certain to increase AT&T's profits by a hell of a lot -- same for Comcast -- so those one-time payouts are a huge public relations coup that will cost the companies only a little more than a rounding error in their long-term profit outlooks. And it's great PR for Republicans, too -- possibly the sort of good publicity that might make Donald Trump rethink his opposition to the merger of AT&T and Time Warner, as Vanity Fair points out:

It doesn’t hurt that the company is really hoping Trump’s Department of Justice will allow its merger with Time Warner to go through. $200 million in bonuses isn’t a bad insurance policy, given the $500 million breakup fee that AT&T would have to pay if the merger falls through. (AT&T has disputed that the merger has anything to do with their sudden generosity.)

Hey, how about Wells Fargo's increased wages? Surely that's all thanks to the kind and wise tax cuts? Absolutely, as long as you assume Wells Fargo was seeing into the future when it planned the raises in September. And again, as NYT Washington correspondent Binyamin Appelbaum notes, the wage increase and the charitable donations don't amount to much, considering the waves of money soon to be lapping at the bankers' armpits:

And where is most of that tax cut money going to really go, after some lucky ducky workers have bought a new TV or paid a month or two of student loan debt? Chuck Schumer knows! His office issued a statement noting that those bonuses and raises

were “the exception, not the rule, when it comes to the biggest corporations spending their windfall.”

It really is all out war on workers with these bastards.

Why, yes, the same goes for Wells Fargo, which in addition to paying some employees a buck-fifty more, plans stock buybacks and dividend increases for shareholders. But some of those higher dividends will at some point be spent on a nice dinner out, so some lucky waiter can look forward to a tip. Which thanks to a new Trump labor rule, the restaurant's owners can take for themselves, oops.

If corporations had wanted to give out bonuses or raises, they could have done that any old time -- but announcing those benefits right now makes for a nice Christmas gift to employees, and also wins a favorable mention by the White House. Plus, beyond using those increased profits to buy back stock, many will be in a great position to take over a competitor and shed a lot of redundant employees.

Yr Wonkette is supported by reader donations. Please click here to help Rebecca pay us our own year-end bonuses, which she didn't even have to be a billionaire to do every year anyway.