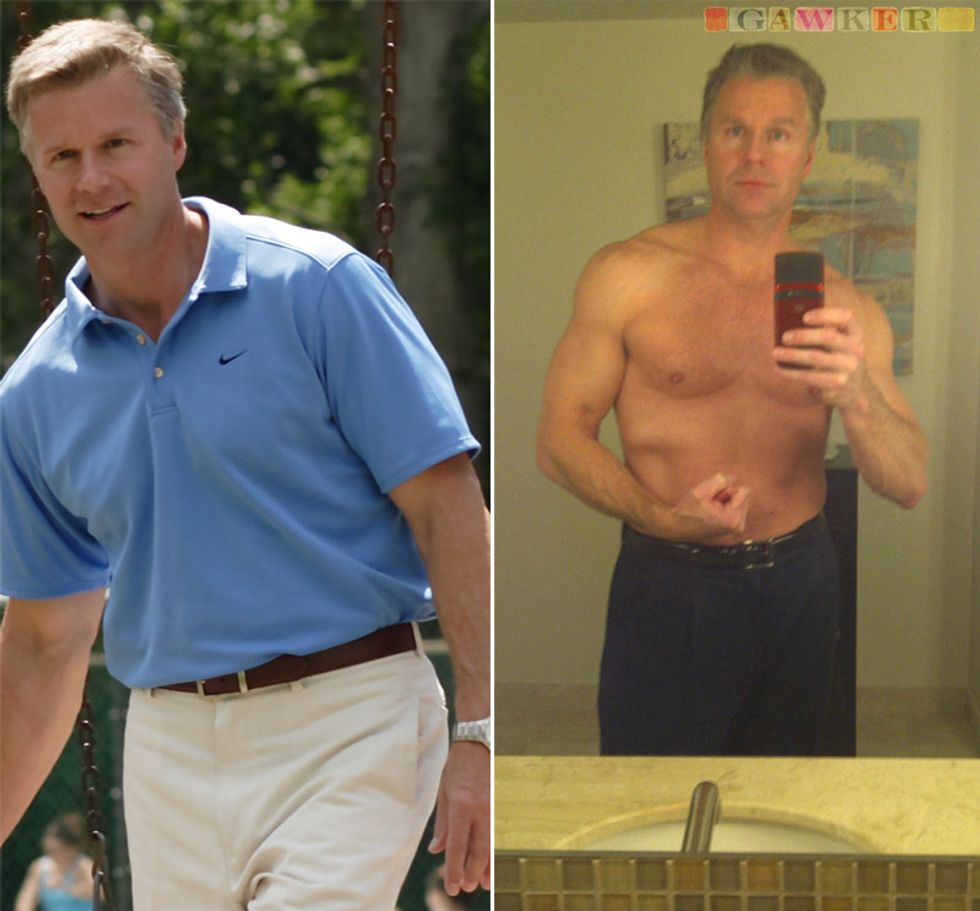 Gawker haspublished e-mails they say are from married Republican Congressman Chris Lee, who was apparently trolling Craigslist D.C.'s "Women Seeking Men" forum and sent a lady a shirtless camera-phone photo of him flexing his bicep in a bathroom mirror like some meathead 15-year-old on Facebook. Chris Lee is never going to hear the end of this one from his Republican colleagues! "You were caught in the beginning stage of sexting an adult woman, Chris-bro? Did it excite you how legal that was or something?" You can hear the jokes starting already. So what is his defense? He was "hacked," and he and his wife and kid are a happy family, so of course he wasn't doing this. Wrong defense! The correct defense is "I'm not gay. I love women, not men and coke prostitutes in bathroom stalls." Get it right, amateur.

So what is Chris Lee's fantasy image of himself, according to these e-mails? He's a divorced 39-year-old lobbyist. Those are the lies he told this woman, and, considering this scandal, actually all of that may soon come true for him. Except the being 39 part. He's 46.

It's probably not a good thing that our members of Congress fantasize about becoming a lobbyist one day.

So did the married Republican prowl Craiglist looking for hook ups? After first telling us that he couldn't comment until we forwarded every single email in question, a request we refused—shouldn't Lee know if he's corresponded with women on Craigslist?—Lee's spokesman eventually announced that the Congressman believed he'd been hacked, and provided an email he claims Lee sent to his staff about the security breach on January 21.

That could, theoretically, be true. But the evidence suggests otherwise. The emails were sent more than a week before the alleged hack. The shirtless photo—which, according to metadata contained in the picture, was taken in Washington, D.C.—-was taken with a Blackberry, the same mobile device that Lee uses, which means the hacker would have also had to access the photos on Lee's phone.