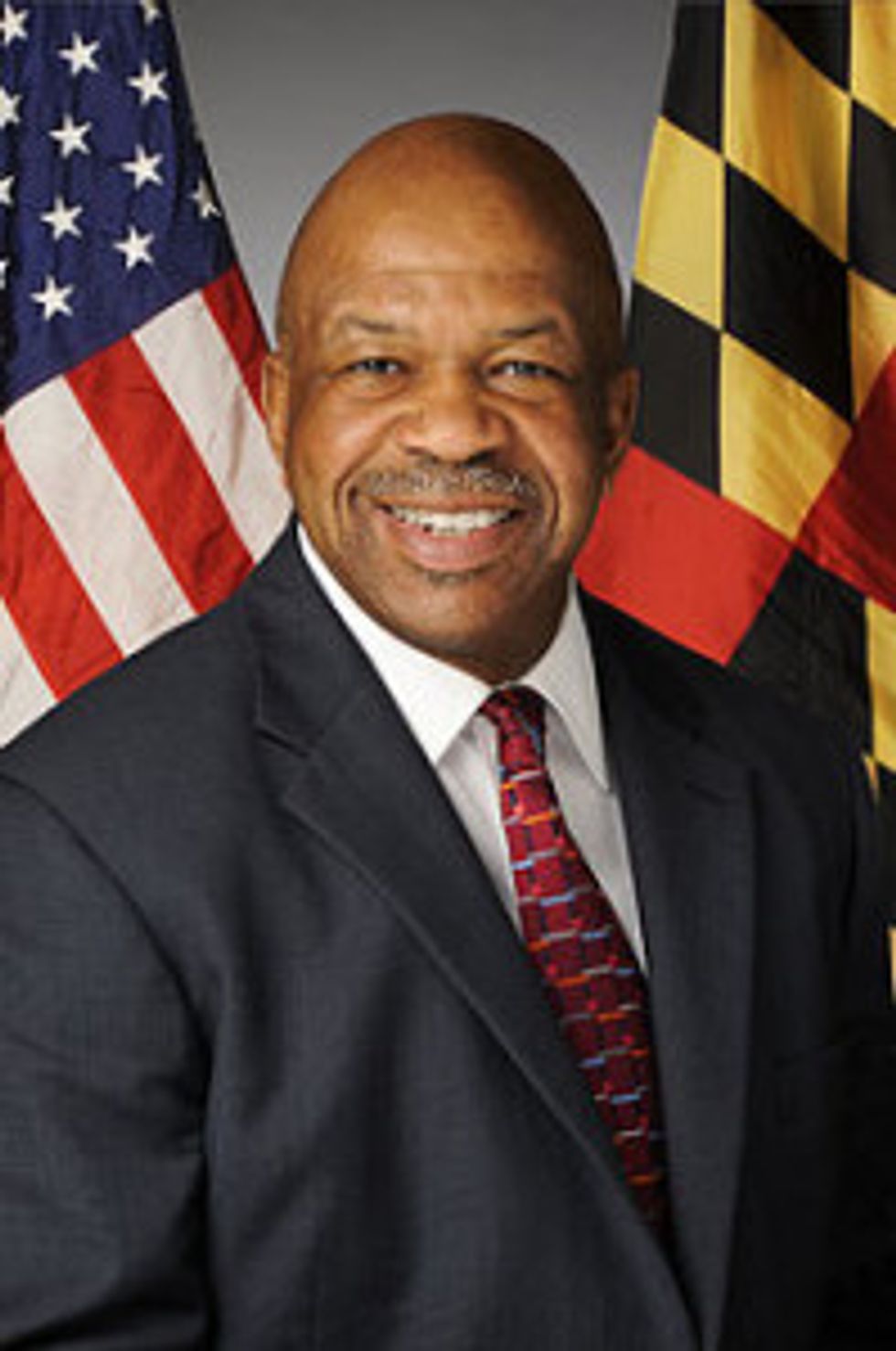 Time for a new series here on Wonket! In what is the sister of Nice Time and the antithesis of Legislative Shitmuffin, we proudly introduce Legislative Badasses. These folks are fighting foolishness, generating goodness, and counteracting conservatives. Our inaugural Legislative Badass hails from the great state of Maryland and spends his days tirelessly fighting the spawn of Satan’s bunghole,Rep. Darrell Issa (R-Backpedaling). We present to you Rep. Elijah Cummings. We have selected him to kick off this occasional feature because he recently sent this FUCKING AWESOME letter to Rep. Issa demanding that Issa release the full transcripts from interviews with IRS employees. While the subject matter demands something longer and more substantial than the greatest letter ever sent by a lawyer, Rep. Cummings' missive is nonetheless a fine tutorial on How It Is Done. Let’s learn a few lessons in discursive badassery, shall we?

Sometimes political letters can be kinda boring and dry, but Rep. Cummings comes out swinging from the beginning of the letter:

As you know, on May 14, 2013—before the Committee conducted any interviews with IRS employees—you went on national television and made this serious accusation:

“This was the targeting of the president's political enemies effectively and lies about it [sic] during the election year, so that it wasn't discovered until afterwards.”

After making this claim, you then set out to find evidence to support it, and Committee staff began conducting transcribed interviews with multiple IRS employees over the next several weeks.

Rep. Cummings is accusing Rep. Issa of having his mind made up before the investigation even began, and of just seeking evidence that only supports his delusional claim. Because that’s how to conduct an investigation to get to the truth, right? It would be like saying that Darrell Issa is actually a cosmic turd squeezed out of Satan’s asshole and wrapped in beady-eyed human skin, and then looking for evidence that only backs up that theory (Exhibit A: beady eyes). GOP SCIENCE!

Rep. Cummings continues, reminding Issa of the fact that Issa had said on national teevee that he would release everything (transcript-wise, at least. Eew). Cummings says, “You raised no concerns about releasing the full transcripts during your interview, and you put no conditions on your commitment to do so."

Having set up Issa with his own weasely words, Cummings goes for the knockout punch. Let us indulge, in brackets, in a bit of political play-by-play, shall we?

Although you committed on June 2 to release the full transcripts of these interviews, you wrote to me nine days later reversing your position and arguing instead that taking such action would be "reckless" and "undermine the integrity of the Committee's investigation." [You are such a fucking liar.] Since you did not raise these objections previously -- either with me or in your various television appearances [You are a media whore who cares more about getting your shiteating grin on teevee than actually doing your job] -- I would like to seek clarification to ensure that we proceed in a responsible and considered manner [You are totally out of control, and by acting like a reasonable person, I am showing everyone how fucking nuts you are. Eat it, asshole.]

Clearly, Yr Wonkette has no idea if these are accurate translations of Cummings' true thoughts, but damn! we sure hope so. Even before sending this letter to Rep. Issa, Rep. Cummings gave this kick-ass quote to the media:

“Chairman Issa changes his mind so fast that even when I agree him, we’re not on the same page,” Cummings said.

As you recall, the Screening Group Manager was the conservative Republican working for the IRS who started this whole shitfuffle by singling out Teabagging groups -- and who said it started with him, not with the Obama administration. Gosh, why would Issa not want his testimony to come forward?

Rep. Cummings also asks the blatantly obvious questions of why it is ok to release selective excerpts and not the entire transcript. Badass from start to finish, and sure to tickle your wonkbone, if you have a wonkbone that likes to be tickled, knowing that not all people are into that kinda thing.

Issa has already been pilloried by news organizations for failing to substantiate his more lurid charges of White House involvement in the IRS targeting, and his answer to this challenge will likely be seen by news orgs as another test of his credibility. If Cummings is right, and the transcripts dramatically undercut Issa’s claims, it’s unclear what Issa’s endgame is here.

If Our Grand Editrix does a Drinky Thing in Baltimore, we humbly invite Rep. Cummings to join us, so we can buy him a drink (assuming we are allowed to due to ethics laws and whatnot.) But today, raise your glass to Elijah Cummings, master of space, time, and rhetorical kicks to weasel butts.