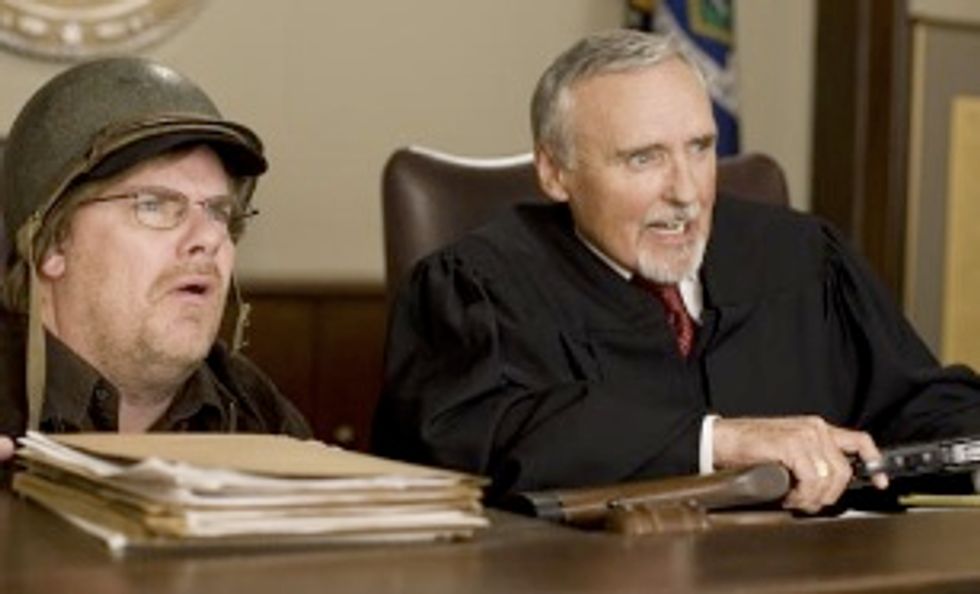 Republican movie actor Dennis Hopper is so Republican that he starred in that shitty wingnut movie not even Republicans bothered to see,An American Carol. But now the hippie icon and Republican-since-Reagan is in the tank for You Know Who, That One, Barack Obama. "I voted for Bush, father and son, but this time I'll vote for Obama," Hopper said in Paris, which is also in the tank for Obama. "I pray God that Barack Obama is elected." [AFP]