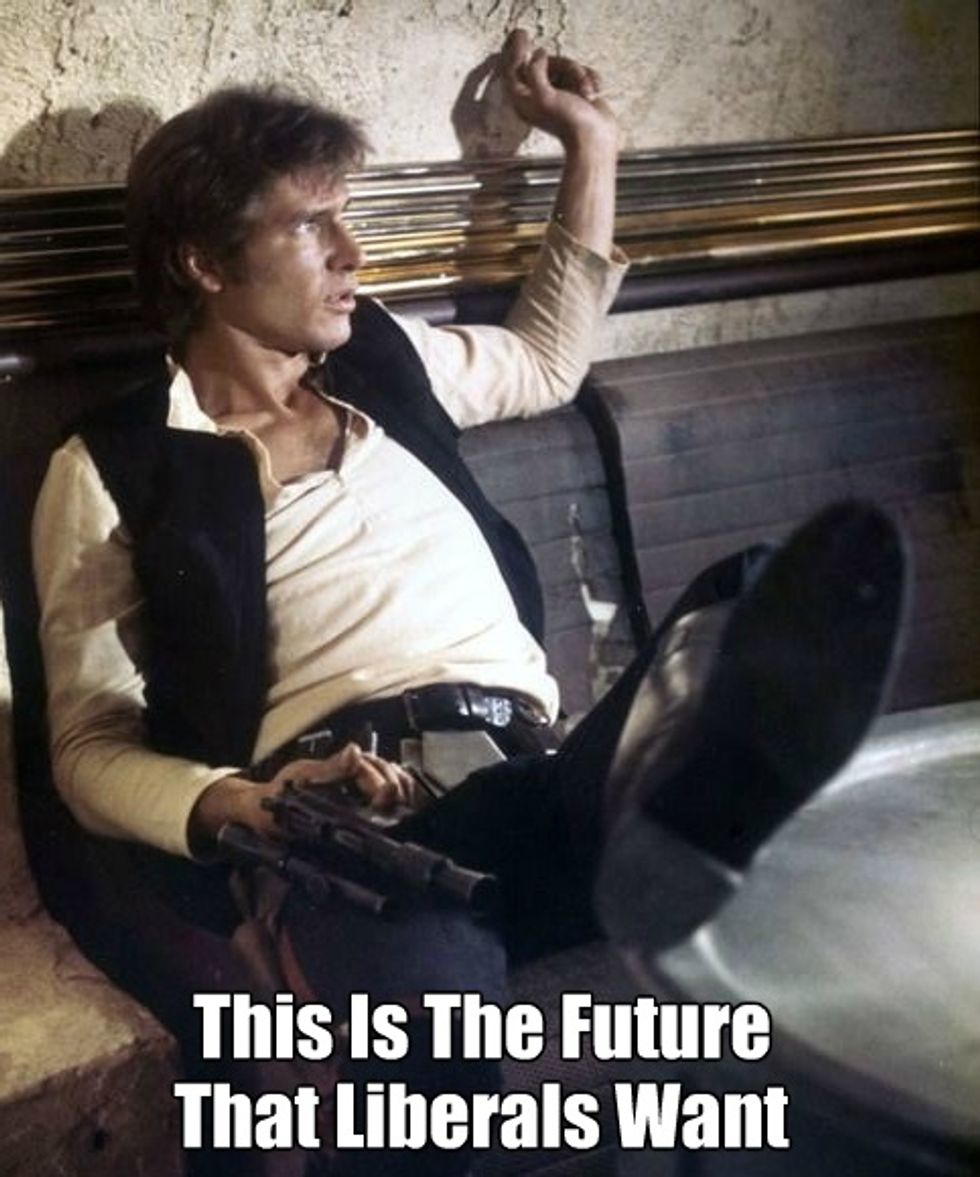 Or for that matter, the past.

So after Tom Price got himself sworn in as Secretary of Dismantling Medicare and Medicaid, Also Obamacare, his congressional seat in Georgia came open. Democrats, feeling pissed off and maybe a bit cocky since while Price carried the district comfortably, Donald Trump only won it by a single percentage point, thought, "Wouldn't it be neat to take that seat and put it in the D column?" And so with some nudging from Daily Kos and social media endorsements from celebrities, Jon Ossoff, a mere lad 30 years of age, has very quickly raised $2 million dollars and is out-polling all other candidates in the "jungle" primary for Price's seat.

Ah, but Republicans are trying to use Ossoff's youth against him; the Congressional Leadership Fund, a superPAC friendly to Republican leadership, has launched a million-dollar ad buy for the incredibly cheesy ad below, which uses old YouTube videos of Ossoff to depict him as an unserious neophyte who's fibbing about his readiness to be in Congress, even hinting that Ossoff is lying when he says he has "five years of experience as a national security staffer."

How can Ossoff have five years of experience working on national security, the ad suggests, since here are these videos of Ossoff pretending to be Han Solo, from the popular "Star Treks" films, in a video making fun of Georgetown's alcohol policy? The nerve of that guy! Oh, except he's not fibbing at all:

He's a documentary filmmaker who previously worked as a legislative aide on national security issues for Rep. Hank Johnson, D-Ga. The congressman threw his support behind Ossoff, as did neighboring Democratic Rep. John Lewis.

Is Ossoff just some wild frat boy who's too unserious to be trusted with national affairs? (Mind you, that accusation is being made by the party of Louis Gohmert.) Rep. Johnson issued a statement saying that despite the nerdy videos (in which Ossoff is also seen singing a parody of "Uptown Girl," for shame!), the young man actually knows his stuff:

This is absurd. Jon spent five years working on National Security issues for me, and he worked on such sensitive programs that he received a top secret security clearance from the Department of Defense. Washington political operatives are coming into Georgia to spread false personal attacks -- it's what the American people are sick and tired of.

So he identifies with Han Solo and has a security clearance? This is supposed to be a problem?

This Tom Price guy is a real piece of work. Let's put him in charge of the nation's health care!

The video aims at suggesting this Ossoff kid isn't a serious candidate, so he's certainly not fit to replace the distinguished Tom Price, who was a real doctor and belonged to a loony-tunes medical association that claimed HIV doesn't cause AIDS and that Barack Obama won in 2008 by literally hypnotizing voters.

It's hard to say whether the Republican superPAC's ad pointing and shouting "NERD!" at Ossoff will give him that much trouble; NPR offers a thinky-piece on how young politicians may have to worry about their social media pasts coming back to bite them, but if the worst the R's can find on Ossoff is that he once dressed up like the captain of the Millennium Ford Falcon, he's probably in fairly good shape. As multiple term Texas congresscritter Blake Farenthold learned, you can still be in Congress even if you're photographed in far sillier costumes.

Of course, it may help if you're a Republican incumbent. We're betting this ad will do little to convince voters Ossoff is not the candidate they're looking for. And considering the tendency of pissed-off Democrats to identify resistance to Trump with the plucky fighters of the Rebel Alliance, if the big-money PACs try to strike Ossoff down, he may become more powerful than they can imagine.