Republicans Love Unborn Babies So Much, They Will Give Them All Zika Virus To Spite Obama 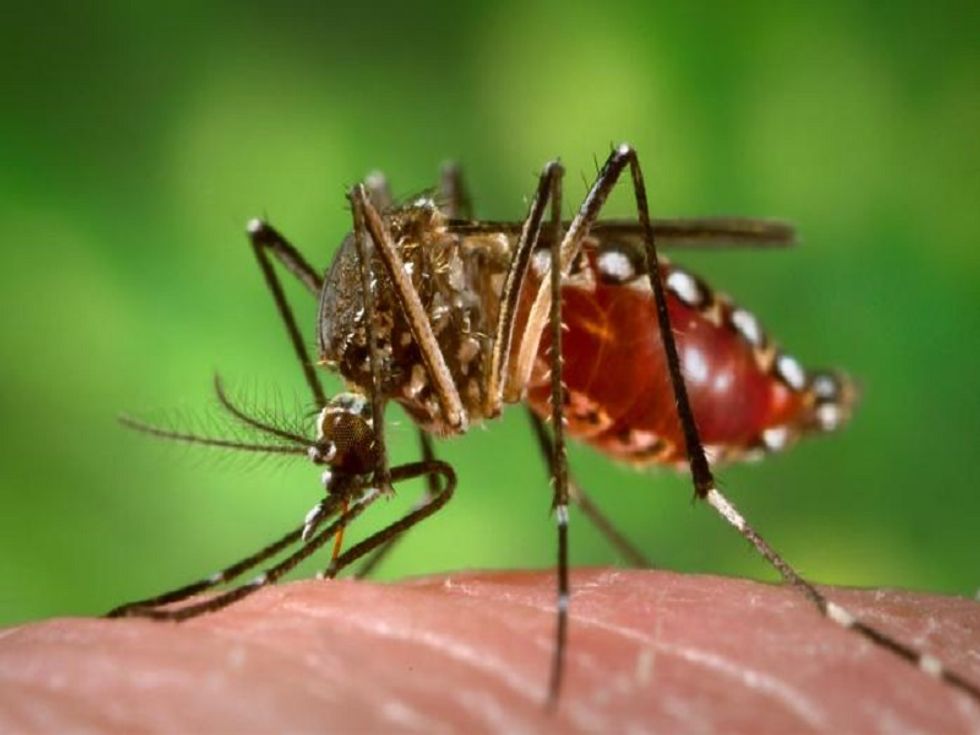 Could we borrow a little of that Ebola panic?

Our Obama-Obstructing Congress is up to its usual tricks again, doing everything it can to keep the Kenyan Usurper from getting his way and forcing his liberal socialist agenda on what's left of America. In this particular case, what congressional Republicans are doing is dragging their feet on passing legislation to deal with the Zika virus. Sure, Zika is a scary infectious disease like Ebola, but it's new enough to public awareness that nobody's made a bad science fiction movie in which people's bodies liquefy and dissolve if they're not wearing a spacesuit. Zika is actually more contagious than Ebola (though not nearly as contagious as measles), and unlike Ebola, it's spread by mosquitoes, which are of course starting to become active for the summer, hooray. Sense of urgency in Congress? Meh. They'll get to it when they get to it. We suppose it's nice nobody's going to force uninfected nurses into isolation tents, but considering that the Centers for Disease Control says there may already be thousands of people infected with the virus in the USA already, you'd think perhaps Congress might at least consider moving a little faster.

Perhaps the freakout over Ebola and the delays on Zika come from the same place: the more conspiratorial minded folks on the right know for a fact that you can't trust government. Therefore, when the CDC urges a calm but deliberate approach to Ebola, it's time to panic, and when the CDC says "Hey, this Zika thing is serious," wise Republicans ask why we need to spend a lot of money on some dumb disease that isn't even making people's insides fall out. You'd think the threat of microcephalic fetuses would at least motivate some R's to push for a quick funding bill, since you gotta save the unborn babbies, but so far, the right is fine with dragging its feet.

At least both the House and Senate have finally passed bills to address Zika, a mere three months after President Obama called for $1.9 billion to fight the disease. The House and Senate bills are substantially different, and at the moment, there's no indication the Republicans will even attempt to resolve the differences in committee. They've got a Memorial Day vacation coming up, for heaven's sake, and they can wait until after that to maybe come up with a deal, as long as they can figure out how to cut enough other funding to pay for Zika prevention and treatment.

Zika simply isn't shiny enough to matter that much, even with the relatively easy transmission vectors and the birth defects. How much longer might Congress delay?

Public health advocates are also getting anxious. One health group involved in the funding fight said some in Congress have discussed a deadline of the July 4 recess for action, which it said would be far too late.

Republicans will likely end up approving more money than the $622 million, six-month spending package approved by the House. The question is how much more and whether it would all be paid for.

Besides, wouldn't it be a lot more fun to blame Barack Obama for spreading Zika? Republican Sen. James Lankford from Oklahoma knows exactly why there's no urgency to spend more money on Zika: Obama is wasting funds on global warming, which isn't even real!

In an op-ed published in the Daily Signal, Lankford said Obama’s March payment of $500 million toward the United Nations’s Green Climate Fund came from a State Department account that should have been used for Zika.

Lankford is using the transfer to support his contention that Obama has always had the funds needed to fight Zika, but chose instead to prioritize the climate fund, which Republicans have painted as a wasteful slush fund.

“Congress refused to allocate funding for the U.N. Climate Change Fund last year, so the president used this account designated for international infectious diseases to pay for his priority,” the senator wrote.

“While I understand that intelligent people can disagree on the human effects on the global climate, it is hard to imagine a reason why the administration would prioritize the U.N. Green Climate Fund over protecting the American people, especially pregnant women, from the Zika virus,” he said.

The Hill notes that nothing in the Congressional authorization for the Economic Support Fund actually barred the money from going to the UN Green Climate Fund, although Congress did refuse to pass a separate authorization for payments to the Green Climate Fund, which disburses money from developed nations to help poorer countries cope with the effects of climate change and to reduce emissions of greenhouse gases. The administration says Congress's refusal to support the Green Climate Fund made it necessary to shift money from other sources, like the Economic Support Fund, which was primarily intended for fighting infectious diseases. Not that there's any possible connections between a warming planet and the spread of tropical diseases. In the meantime, the administration has been repurposing some funding from Ebola to address Zika, even though Ebola remains a threat in Africa.

Ron Klain, the former coordinator of the White House's response to Ebola, warned Sunday in a Washington Post op-ed that Zika isn't "coming" to the U.S.: It's here now.

Hundreds of people who caught the disease abroad are in the country; more than 250 cases of pregnant women in the United States and its territories with Zika have been logged by the Centers for Disease Control and Prevention. Soon, as summer arrives, the Aedes aegypti mosquito will become active in Southern states, and the disease will spread there. Cases of sexual transmission will take place as well. It is not a question of whether babies will be born in the United States with Zika-related microcephaly — it is a question of when and how many. For years to come, these children will be a visible, human reminder of the cost of absurd wrangling in Washington, of preventable suffering, of a failure of our political system to respond to the threat that infectious diseases pose.

At some point, Congress will get around to authorizing some funding to fight Zika. Just as soon as microcephalic infants start getting born in some Republicans' districts. Then the same people who are playing budget games with public health will all howl that Obama never did a single thing to protect Americans from the scourge of Zika, and they'll demand travel bans, deportations, and locking up anyone who's been to Brazil. No doubt some states will pass bills banning women from aborting microcephalic fetuses, which are a gift from God (or from a do-nothing Congress). The one thing they probably won't do is listen to public health experts, because as we've already pointed out, you can't trust anything the government says.